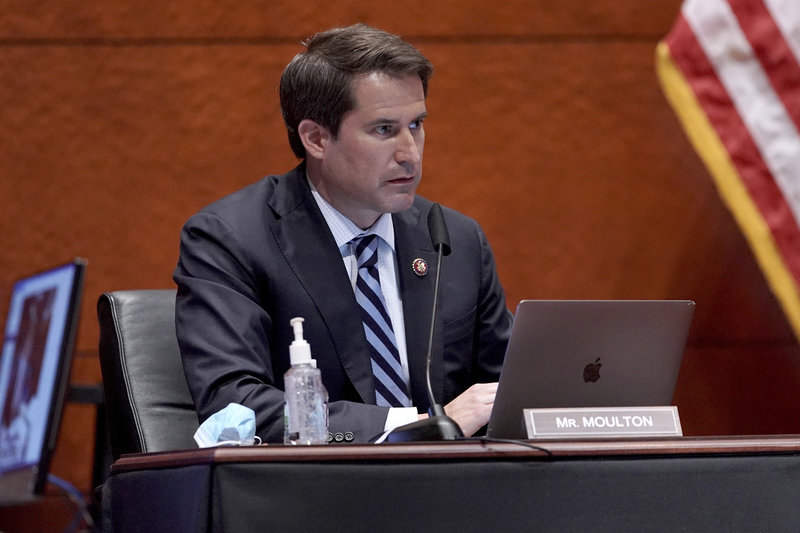 The law also requires VA to study the effects of opioids and benzodiazepine on the causes of Veterans’ death, including deaths by suicide; review staffing levels at VA of mental health counselors, marriage and family therapists, and other providers; and analyze, through the Comptroller General’s office, how VA identifies, monitors and intervenes with Veterans at high risk of death by suicide.

Another new law, the National Suicide Hotline Designation Act (P.L. 116-172), introduced by Rep. Capt Seth Moulton (D-Massachusetts), among others, establishes 988 as a national suicide prevention and mental health hotline over a two-year period. The Federal Communications Commission voted in July 2020 to require phone service providers to direct all 988 calls to the National Suicide Prevention Lifeline ( [login to see] ) by July 2022.

Both pieces of legislation largely drew bipartisan praise. In his statement on the hotline bill, Moulton credited colleagues from both parties, and the advocacy community, for securing passage. “I’m so proud of my team and the partners that got this done,” he said. “This will save tens of thousands of lives every year.”

NACo’s position is that county veteran service offices, present in 36 states, be eligible recipients of the funds under the grant program, which is named for U.S. Army Staff Sgt. Parker Gordon Fox, who died by suicide in July 2020.

Mackey also applauded the law’s focus on expanding VA’s rural and highly rural tele-mental health capabilities and services, a great need before, but especially during, the ongoing COVID-19 pandemic.

The VA secretary appears to have the discretion to fund the Hannon Act grant programs from within its existing budget. This was among the reasons the National Federation of Federal Employees issued a statement in opposition in late May.

Competition for and oversight of the suicide prevention grant monies are lacking, the union said. This provision, the organization added, allows money to be “diverted from existing VA programs that offer medical and mental health services.”

Nevertheless, with the law on the books, additional details of the Hannon Act are as follows:

Review health coverage for service members in transition. VA must consult with the Department of Defense (DOD) and, within one year, send to Congress and publish on its website a strategic plan for providing VA health care to any Veteran in the year following discharge from the active military. DOD and VA must also collaborate to review the records of former service members who die by suicide within one year of separation.

Provide grants to community organizations. As noted, the law authorizes a multimillion-dollar grant program for community-based initiatives to deliver or coordinate Veteran suicide prevention services. To the extent possible, VA is directed to carry out the program in coordination with the President’s Roadmap to Empower Veterans and End a National Tragedy of Suicide (PREVENTS) Task Force and with the Office of Mental Health and Suicide Prevention. The law says grants should go to priority areas, including places with a high percentage of calls to the Veterans Crisis Line; medically underserved areas; tribal and rural communities; and areas with large numbers of minority and female Veterans. Maximum grants are $750,000 per fiscal year.

Evaluate the effectiveness of mental health outreach materials. VA is directed to contract with a nonfederal entity to convene focus groups with Veterans to assess the effectiveness of suicide prevention and mental health outreach materials. VA’s outreach programs must also establish targets, metrics and action plans to assess campaigns in these areas, the law says. A Comptroller General’s review of VA’s management of these programs is due within three years.

—
If you are a Veteran in crisis or are concerned about one, reach the Veterans Crisis Line by calling [login to see] and pressing 1, texting 838255 or chatting online (https://rly.pt/3prhAxH).
Posted in these groups:

MAJ (Join to see)
Posted 1 y ago
The question I have is do mental health professionals understand the dynamics, feelings, and thoughts of people who want to die or can’t handle the pain?
(1)
Comment
(0)

SGT Lorenzo Nieto
Posted 1 y ago
I think it should be put into affect yesterday no matter what the cost when you come home from war you don’t know how to turn it off, you ask yourself what’s going on with me having the thoughts you have about what you experienced in combat,these guys need all the help they can get no matter what it takes.
(0)
Comment
(0)
Read This Next
RallyPoint Home