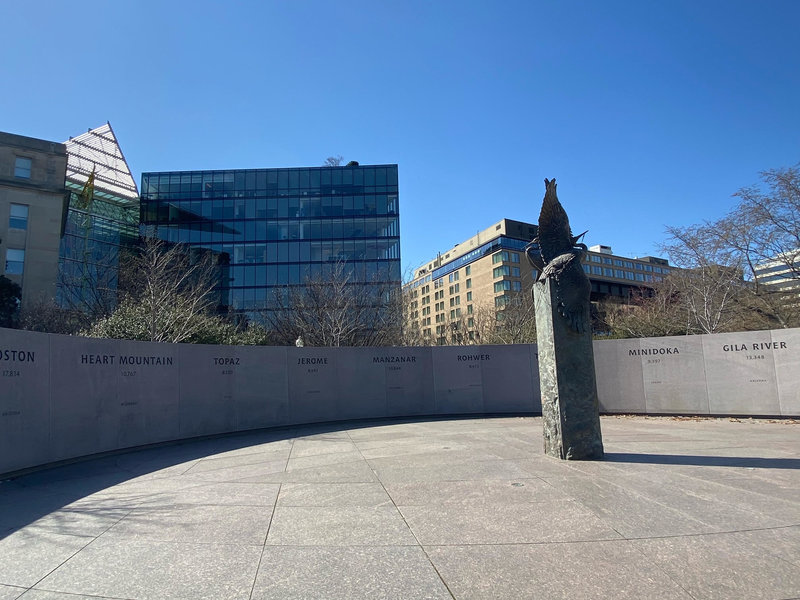 When his 5th Marine division approached the Iwo Jima shore as part of the first wave invasion on Feb. 19, 1945, Joe Leo Harada was so seasick he didn’t think he could make it to safe ground.

As bullets and body parts landed in the soft volcanic sand around him, the 25-year-old Japanese American linguist, from an elite military intelligence unit, was dragged into a foxhole by a fellow soldier.

Harada wasn’t alone in looking for cover as mortars and artillery fire rained down on the approaching Marines of the 4th and 5th divisions, later joined by other amphibious forces of the U.S. Pacific Fleet.

“Foxholes filled in almost as fast as a man could shovel,” writes Eric Krelle, an Omaha-based historian of the 5th Marine division, in the article, “The Battle of Iwo Jima.” “Requests for sandbags poured in from all over the front.”

Last March marked the 76th anniversary of Iwo Jima, the famous and bloody assault that led to more than 26,000 American casualties, including 6,800 dead. Over 36 days, 70,000 Marines and 18,000 Japanese soldiers fought for 8 square miles of land. Less well known is the critical role played by Harada and a small contingent of highly trained Nisei — Japanese Americans whose parents immigrated from Japan — in that operation and throughout the Allied drive across the Pacific theater.

“The Nisei shortened the Pacific War by two years and saved possibly a million American lives and saved probably billions of dollars,” according to a quote attributed to Major Gen. Charles Willoughby, Gen. Douglas MacArthur’s Chief of Staff for Military Intelligence. The work of the Nisei continued in the post-WWII reconstruction era.

Harada was among 50 Japanese American soldiers sent to Iwo Jima from the U.S. Army-trained Military Intelligence Service (MIS). They fought alongside the Marines to wrest the tiny Pacific island from Japanese control, create an airstrip for B-29 bomber runs into Okinawa and end the war in the Pacific.

Harada and other members of the MIS trained in linguistics, radio interceptions, enemy document translation and interrogation techniques. These skills would come in handy in the hard-fought operation, which in reality went many days past the official count of 36.

Although the 28th Marines took one-third of the island just one day after the initial invasion and, by Feb. 23, would raise the flag atop Mount Suribachi, according to a U.S. Navy account titled, “Battle for Iwo Jima,” the enemy had hunkered down into defensive caves and bunkers.

Convincing the enemy to surrender

Japan’s island ground forces commander, Lt. Gen. Tadamishi Kuribayashi, the article notes, had created a maze of “concrete blockhouses and pillboxes” in the central and northern parts of the island that became “one of the most impenetrable defenses encountered by the Marines in the Pacific.”

The forces dug in, according to “Nisei linguists: Japanese Americans in the Military intelligence service during World War II,” a 2006 Department of the Army book about the service of these second-generation Japanese Americans. The book’s author is Army command historian James C. McNaughton.

During the battle, MIS-trained T5g Terry Takeshi Doi went “into cave after cave with only a flashlight and knife persuading many enemy soldiers to come out and surrender.” Doi was awarded the Silver Star.

By March 26, 1945, after a prolonged assault eventually involving more than 110,000 troops, 17 aircraft carriers and 1,170 planes, the U.S. military officially declared the fortress of Iwo Jima secured.

But with civilians still holed up in bunkers, snipers on the loose and enemies turning live mortar shells into land mines, the risks were far from over.

McNaughton writes: “Fighting continued for months as soldiers and marines rooted out the remaining Japanese defenders from tunnels and caves.” From April to May 1945, he continues, the 147th Infantry killed 1,602 Japanese holdouts and captured 867, and “the Nisei continued to play a key role in this phase.”

One MIS and Iwo Jima Veteran involved in these types of efforts was Victor Nishijima, who barely escaped death while trying to coax out 150 Japanese noncombatants from a tunnel.

In an oral history he provided in 1998 to the Los Angeles-based Go For Broke National Education Center, Nishijima said he was addressing the civilians through a slit in the cave when an improvised land mine exploded nearby.

“It almost blew me through that little opening,” he recalls. “‘See, I’m telling you,’” he tells the civilians in Japanese, “‘they’re blowing those tombs up — you better come out or they’re going to seal you up in there.’”

Nishijima, Harada and the 6,000 members of the MIS trained at the Military Intelligence Service Language School. The school started at an Army base in San Francisco; moved to Camp Savage near Minneapolis in 1942; and ended up in Fort Snelling, Minnesota, where it remained until June 1946. A National Park Service fact sheet notes that officials moved the school due to the discrimination students faced in the wake of Pearl Harbor and the subsequent 1942 order to place all 112,000 Japanese Americans from the West Coast into internment camps.

Yet for decades, few knew of their service, which they were instructed to keep under wraps.

“As they were discharged from the Army, MIS soldiers were told not to discuss their wartime work, due to its sensitive nature,” Congress states in a 2010 law awarding the MIS with the Congressional Gold Medal, “and their contributions were not known until passage of the Freedom of Information Act in 1974.”

Also receiving the medal were the 100th Infantry Battalion and the 442nd Regimental Combat Team, the highly decorated and perhaps more well-known Japanese American service members who fought in Europe.

The Gold medal citation says of the MIS: “Their contributions continued during the Allied postwar occupation of Japan, and MIS linguistic skills and understanding of Japanese customs were invaluable to occupation forces as they assisted Japan in a peaceful transition to a new, democratic form of government.”


Get more information about Iwo Jima from the Department of Defense: https://dod.defense.gov/News/Special-Reports/0216_iwojima. 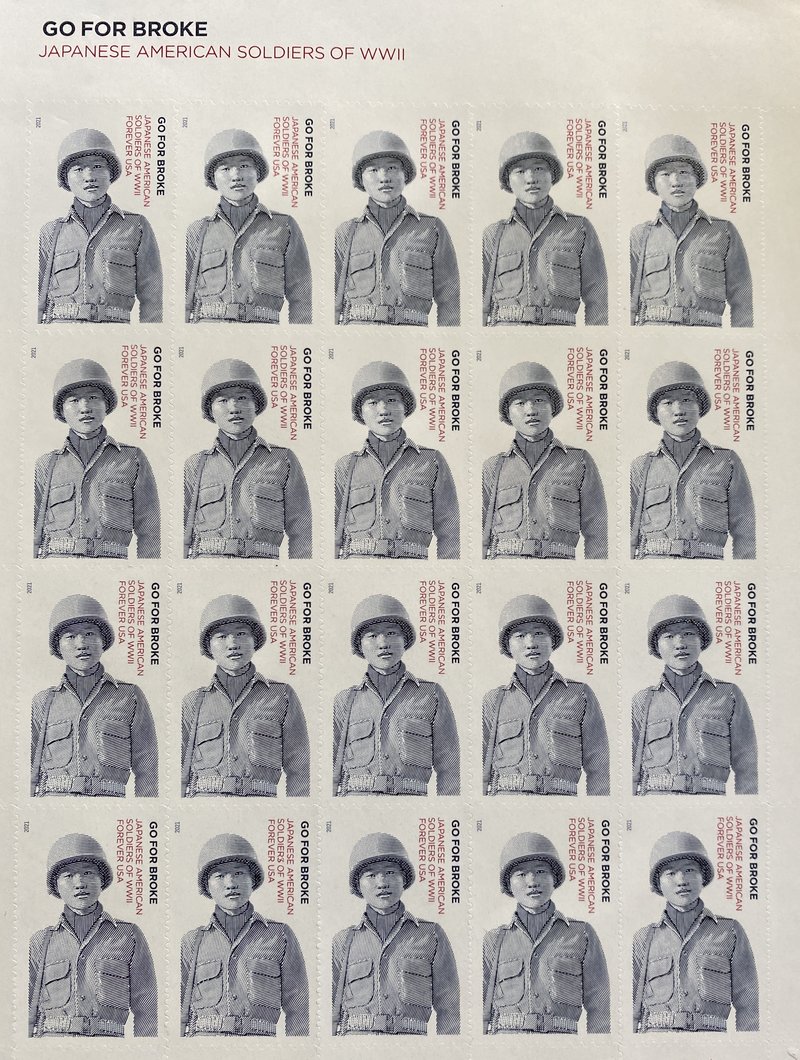 The United State Postal Stamps issued in June 2021 are in memory of America Soldiers of Japanese descent who served valiantly in World War II.
(14)
Comment
(0)