The experience transitioning from military uniforms to professional attire 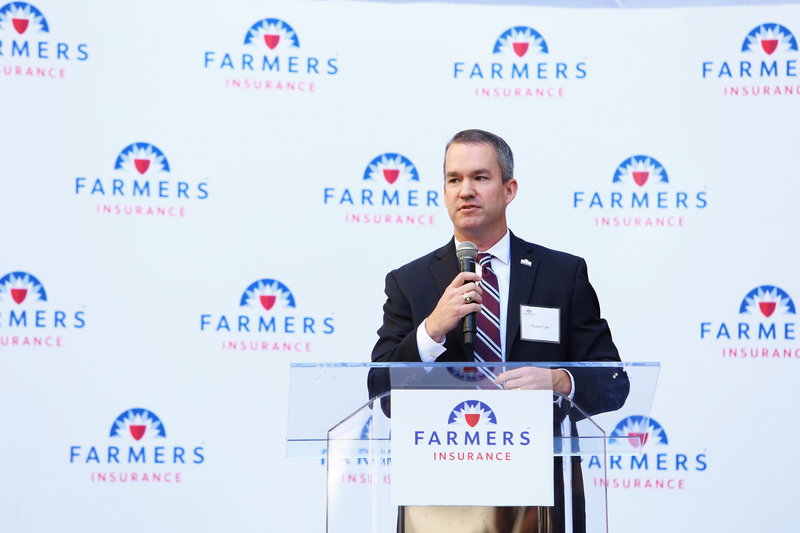 As a member of the US Army for almost 10 years from 1996 through 2005 (ages 21-30), I spent a large part of my life, including years leading up to that point, preparing for a very specific role. I knew my job, knew what I had to do to prepare, and was given clear parameters on how to be. You might say that my identity was created for me. I mean this in a positive way – I was certain I wanted to define myself as part of the military, devoted the first half of my life until then to it, and was proud of my role. Inevitably, however, there came a point where I exited the Army and, for the first time, had to pave my own path. From deciding what first civilian job to get, to where to live, and how to engage with non-military friends and family, I was starting a brand new life – at age 30.

I can remember like it was yesterday, the deer in the headlights feeling I had when I took off my army uniform and had to replace it with a “civilian” uniform - a suit - in order to fit in with the more typical workforce. I had to best position myself to get a job and that required me to play the role of civilian for the first time in 9 years. I had to learn how to navigate the more typical working world.

Although I was experienced, well educated, had a bachelor’s and master’s degree, and had been a US Army Captain, I didn’t have a clue how to pick out my suit for a first job interview. I had never needed to buy a suit in the 30 years of my life. What tie matches what belt? How do I match a shirt with the right suit? What about socks? I embarrassingly needed to ask a friend to come with me to the department store to guide me.

If only I had somewhere to go where I could pick up an already put together suit, it would remove the emotional stress of the whole process. The emotional stress of that seemingly simple task that many may take for granted is something I still remember vividly. I, an Army Captain, was stopped frozen in my tracks when I was faced with what suit to buy.

There is a standard outfit in the military, and a standard, but very different, outfit in the civilian world. Taking one off and putting on another is symbolically a difficult task and represents a big change in identity.

This speaks to the larger theme of uniforms. A uniform is mandated by your place of work and becomes your identity. In the military, my uniform was given to me, which removed any possible choice I had to customize or make it individual. However, in the rest of the world, outside of the military, the uniform of a suit is most common. A suit differs from military wear because there are countless options and combinations. And further, that individualized combination of colors, textures, brands, etc. is how people express themselves and represent their style and experience. The significance of the civilian suit is not small, and the suit combination and look selected is what defines someone. As I mentioned, although I was well versed in my field and had unique and valuable experiences, I did not have the fundamentally important experience of making a choice like this – let alone the experience to ever define myself and create my own personal brand. I’m grateful that I had the support of my best friend to take me shopping and help relieve my stress…and help me fit in.

Finding the right civilian work attire can seem like an insurmountable task, but luckily there are a lot of people out there that can help. Since being at Farmers over the past two years, I have witnessed the incredible support our organization has for veterans like myself. Farmers national Suits for Soldiers program is just another example of how strongly Farmers supports military veterans like myself, and how the organization appreciates something as seemingly small as needing a suit for a job. I know for certain that when I was making the transition to the civilian workforce, I would have significantly benefited from a program like Suits for Soldiers.

Beyond just the suit, while at Farmers, I have witnessed first-hand how the organization believes in veterans to be leaders and use their (maybe at first) unconventional skill-set to give them, us, a chance to grow as leaders at the company.

So if you know of a veteran who has gone through a similar experience, to include yourself, please share your experience.
Posted in these groups:

SGT David T.
Posted 4 y ago
I can relate to this. I had to Google what business casual meant lol
(7)
Comment
(0)

SGT Jeremy Livingston
4 y
HA so did I
It is a good thing I have a wife that was at a former time a leading sales person at JCPennys in the men's department and is very good with matching things up and telling me what to buy, before the army (in high school) one of my best friends was going to be (is now) a fashion designer, so I knew a little bit then but all that sort of went away after some time in the army.... I will tell you that I can spot a fake designer bag from about 20 feet away....
(0)
Reply
(0)

SFC William Stephens A. Jr., 3 MSM, JSCM
Posted 4 y ago
Sir, Transitioning in itself is an experience because when I was at Walter Reed I used to sit in all kind of classes and watch people come in and teach us how to wear ties and suits because we had people who had to learn all of this all over again and just like you; you wore the uniform for many service years. I thought some of the classes were a joke but if I want to go through a transition period it would be through the wounded warrior program. SO many job fairs to choice from and jobs were practically handed to you, but you just hand to know a few skills. Being Field Artillery guy I didn't bring to many skills to the table but lucky I want to security managers school and AT/FP LV II school because it really helped being down there in the DC metro area. When it was time for me to go to ACAP that was a joke for me because resume writing was spent 2 days writing the resume 1 day and reviewing the next and no job mangers or anything reviewed it, SO while I was still in transition I scored a Internship with Defense Security Service and I think that was the best thing I ever did in my whole life, this change my whole focus on life as well, my security clearance status changed and I learned so much in 1 year. Before I knew it I was wearing suits and working INTEL job and building my resume for the future. These guys took me by the hand and guided me the right way it needed to be taken, they trained me as a security specialist and after I completed my training I was awarded for my outstanding performance the JSCM and this set me off. even thou my military service was complete I skill had something I never thought I would have and these were called " TOOLS" and took these skills and developed them into my resume and go one line and start to job search. I'll tell you looking for a security job where I live was hard, I work in odd security jobs as CO in a prison and od little jobs but one day I got that magical phone call and I have been working for the Government ever since and it hasn't been the best but since I have been here working with great people I learned resume writing skills and cover letter development and my resume went from 8 pages to 3 pages with a reference page. Networking is the key Sir. I learn a lot from Rally Point and its' members and social media an on interview s and have found out that I sometimes am too qualified for other jobs, don't give up, always be ahead of the game when doing your resume. For Artillery guy I have been pretty successful and I am here to help my brothers in combat arms to be successful because resume writing fundamentals needs to be taught in our NCOES course in the future even thou some bases are teaching resume writing in their transitioning or ACAP/ TAPS program. Not all bases are up to standards because that's why we have people and SM on social media and RP learning resume skills.
(5)
Comment
(0)

SMSgt Lawrence McCarter
Edited 4 y ago
Posted 4 y ago
The time I grew up You wouldn't even think of going to church without a suit, times have sure changed. The transition to that same attire in the workplace wasn't difficult. There were also times a a Police Officer I had to wear suits, esp to Court and You had to look very presentable. Also as a Detective at one point had to wear suits although casual with a tie and other type of jacket was also ok some of the time. Of course having a concealed weapon played into that. Shined shoes though was always part of the wardrobe but in Police uniform like the Military the footwear and uniform was issued and only issued items were worn and there were strict rules about the placement of insignia, haircuts, no beards,mustache only within certain standards.
(4)
Comment
(0)
Show More Comments
Read This Next
RallyPoint Home