Think you can't earn a college degree while being on active duty? Think again! 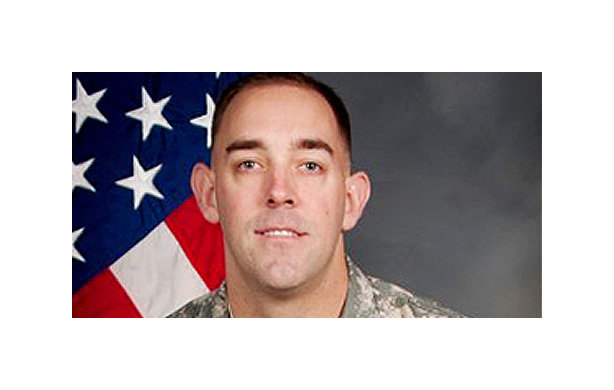 Sometimes, when people reminisce about where they’ve been and where they’re headed, profound thoughts that are so simple, but so powerful, will emerge. About a year ago, while Alan Arnold, Master Gunnery Sergeant for the United States Marine Corps, was preparing for Grantham University’s commencement program, he dropped one of those gold nuggets of truth.

“I tell everyone,” he said, “do one of two things, join the military or go to college.”

Then he paused and added, “And if you’re lucky, you can do them both.”

What a remarkable goal: Be a part of the greatest fighting force the world has ever known and earn an online college degree at the same time.

Arnold isn’t the exception to the rule, but rather part of a group who has found the solution that helps service members do both: a 100% online degree program.

Consider another Grantham alum. Staff Sergeant Kevin M. Murphy, US Army, Associate of Arts in Multidisciplinary Studies – stopped by to give his perspective on pursuing a degree while in the military.

Q1: What’s it like earning an online college degree while serving active duty for your country?

If you want it that bad, you can make it happen. With the help of the discussion posts and teachers with good hours, it comes together and you find out it isn’t as difficult as you would think going into it.

Q2: Why do it? Why work so hard for a degree while on active duty, whether you’re deployed or not?

Preparing myself now to transition to the outside world will make that transition that much smoother. Knowing that I have the military experience and a degree from Grantham sets me up that much more for success. It also doesn’t hurt that while I am in, earning a degree is something the Army is looking at more and more for promotions.

Q3: What does a degree do for your career?

The Army is drawing down from the battle rhythm of multiple deployments. Being deployed every other year is no longer an excuse. They are more focused on who has taken the time, in conjunction with what is going on at work, to earn a degree and not stop at just one, but continue to earn it as long as they can. Why stop at an online associate degree when you can earn a master’s?

Q4: Do you have tips for military service members considering pursuing a degree on active duty?

At the end of the day, just get your degree. I have known soldiers in all different situations, duty stations, jobs and so forth that have been able to earn a degree. It’s a matter of how bad you want it. There are so many ways to get your degree - even if it is one class at a time, you’re earning it.


Do more than be inspired by Kevin's story. Do something about it! Check out Grantham today.

Learn more about Grantham University!: http://rly.pt/GranthamUniversity
Posted in these groups:

CPT Aaron Kletzing
Posted 6 y ago
Getting a college degree while on active duty is one of the hands down SMARTEST professional decisions a service member can make. No question about it. Looking back on my time, I feel like I implicitly let down some of my subordinates by not pushing them harder toward getting a college degree.

This quote from the piece stuck out to me most: "...you find out it isn’t as difficult as you would think going into it." Think of all the crazy difficult things we do while we are in the military -- physical, mental, and emotional challenges that we overcome because we believe in one another and believe in ourselves. Getting a college degree while you're wearing the uniform is just another positive challenge, and one that will often reward you greatly BOTH inside and outside the military as years go by.

I would shout this from the top of a hill if I could -- If you are a service member right now, please do yourself a huge favor and at least pause and consider what a college degree could do for you professionally. There are ways to get it done. Treat it like a mission. You must always complete the mission. Make this your mission and you will exceed even your loftiest expectations of yourself in the classroom. Do it for yourself. Do it for your family. Do it for the military brothers and sisters to your left and right!
(20)
Comment
(0)

SFC Mark Merino
Posted 6 y ago
Many of the RallyPoint "mega-contributers" have earned their masters degree online and some spent the majority of their career to do it. Talk about a gut check! Multiple schools, deployments, marriage, kids, and retiring with a masters degree. RESPECT!!!
(14)
Comment
(0)

SGM Erik Marquez
6 y
Completely agree, it takes a lot of determination to do that over the long haul while maintaining all the rest. Much respect to those that made it work.
(2)
Reply
(0)

SFC Mark Merino
6 y
My poor kids growing up were frustrated with school work and watching 40+ y/o dad still in school. "Are we ever going to stop going to school?!" I had to laugh (because crying in front of the kids isn't an option)...lol
(1)
Reply
(0)

PO2 Ryan Brogan
6 y
I'm a week out from finishing my bachelors degree. Completing it on sea duty is definitely one of the hardest things I've ever done. But, I got the Navy to pay for all of it by utilizing tuition assistance! Now, I'm preparing to separate and pursue my masters with the Post 9/11 GI Bill. Hard work pays off!
(3)
Reply
(0)

SMSgt Dr. G. A. Thomas
Posted 6 y ago
In the AF, it's much easier to get a college degree. As a matter of fact, if you don't get one as a SNCO, you will not be promoted. The AF believes that everyone should have at least a AA or AS from the Community College of the Air Force (CCAF). I retired with two ASs, one AA, one BSBA and one MA all while on active duty and I'm three classes from completing an MS.
(11)
Comment
(0)

SPC Margaret Higgins
5 y
CONGRATULATIONS SMSgt Dr. G. A. Thomas! You should be VERY proud of yourself. You are AMAZING!!!
(0)
Reply
(0)
Show More Comments
Read This Next
RallyPoint Home