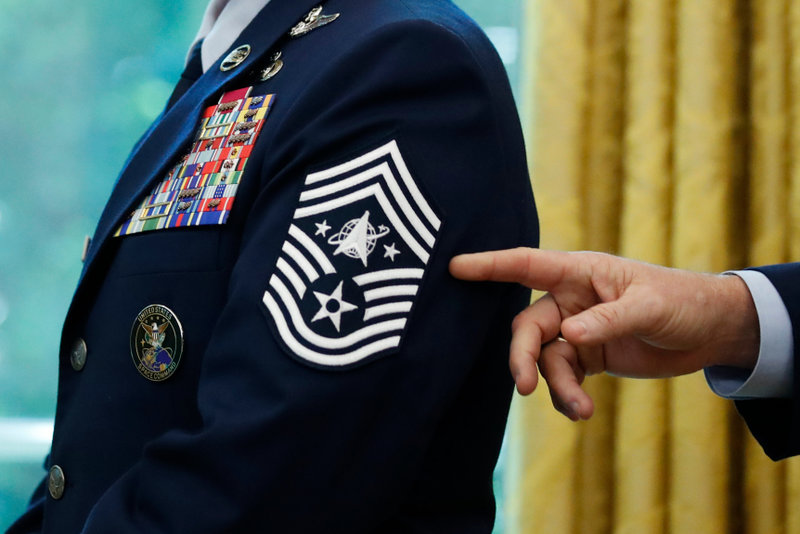 Space joyrides, space tourism and space reality shows. Clearly in 2021, space is having a moment.

For the military, a similar moment took place two years ago, when a trio of new space agencies burst forth within the U.S. Department of Defense (DOD) seemingly every four to five months, like stars forming in the Milky Way. These and other developments — and more recent discussions in Congress — indicate that U.S. military planners and policy makers see space as a domain of great interest, and are stepping up preparations to influence it.

DOD is in the midst of standing up three new agencies focused on space. From a small research and development office to the first new branch of the military since 1947, the new entities are as follows:

Space Development Agency, established March 2019.
Designation: An independent defense agency under the Office of the Under Secretary of Defense for Research & Engineering. (The office may eventually transition to the newly formed U.S. Space Force.)
Mission: Designs and deploys the National Defense Space Architecture, “a threat-driven constellation of small satellites that deliver critical services to our warfighters from space.”
Number of personnel: Up to 200.

U.S. Space Force, established December 2019.
Designation: A military service within the U.S. Air Force (USAF).
Mission: “Organizes, trains, and equips space forces in order to protect U.S. and allied interests in space and to provide space capabilities to the joint force.” Other responsibilities include developing Guardians, acquiring military space systems, updating space power doctrines for the military and organizing space forces to present to the combatant commands.
Number of personnel: 16,000 military and civilian personnel, according to a USAF question-and-answer document.

Why is the military so focused on space? The moves to strengthen DOD space defenses align with recent efforts to confront emerging threats on land, in the air and at sea, in particular from China and Russia, who many U.S. officials see as developing counter-space weapons that threaten American and allied space-related interests.

Beyond the potential perils presented by those two nations, some 70 other countries are now active in space, compared to just 20 in 1990. In addition, in the coming decade, the number of satellites launched into space by governmental and private entities is anticipated to grow tenfold, said Rep. Joaquin Castro, D-Texas, at a May hearing he co-chaired with Rep. Jim Cooper, D-Tennessee.

“The reality is that space is already critical to the military capabilities of the United States, our allies, our partners and our adversaries,” Castro told a joint convening of the House Foreign Affairs Subcommittee on International Development and Armed Services Subcommittee on Strategic Forces. “The question is how we and other states will respond. And whether we’ll be able to develop a set of rules to manage disputes and develop a set of rules that will also work for all of us.”

Castro said the United States has engaged with the international community on space-related debates for decades, through the United Nations and other bodies. However, he said, the rapid pace of technology — and our reliance on space “for almost everything we do as a society” — has added urgency to the need for international rules of behavior for the way nations operate in space, including militarily.

As one of the world’s most experienced operators in space, DOD is working across the federal government and around the world to develop a “rules-based order” to reduce space threats, testified John Hill, acting deputy assistant defense secretary for space policy.

Nevertheless, in the coming months and years, the United States faces formidable challenges in setting up the space agencies and in confronting military threats at zero gravity. Here are a few to watch:

Coordination. Better international coordination is key to reducing conflict in the increasingly contested space domain, according to DOD and State Department officials testifying at the House hearing.

Bruce Turner, senior bureau official with the State Department Bureau of Arms Control, Verification and Compliance, said the United States has an advantage over China and Russia in being able to build consensus around arms control and other space security issues with a large network of international allies. Hill said that DOD technical experts influence these debates by accompanying State Department officials to international space-related forums, pushing back on adversaries’ claims and providing national security advice.

Threat standards. Yet right now, Turner testified, there are “no formal agreements” covering many of the threat-related issues in space. The international community must establish rules to manage a host of risks to safe space operations — whether from cyberattack, ground to space, space to space, the infrastructure different actors use in space and other matters.

Funding. How to best structure the funding of the roughly $15 billion U.S. Space Force to help address the space threat environment is still being settled. Shawn J. Barnes, deputy assistant secretary of the Air Force for Space Acquisition and Integration, argued for a more flexible funding setup by portfolio, according to an Aug. 4 article in C4ISRNET.

Barnes — quoted addressing the Sea-Air-Space 2021 conference in early August in National Harbor, Maryland — said this would provide the Space Force with more agility to fund programs in response to emerging threats.

The month before Barnes spoke, in the report on DOD’s fiscal 2022 appropriations, lawmakers with the House Appropriations Committee criticized the way the Space Force is funded.

“The Committee remains concerned that the Air Force has not taken more aggressive action in addressing longstanding space acquisition issues,” lawmakers said, “and has made little progress in defining what the Space Force will be doing that is fundamentally different than when it was a component of the Air Force.”

However, some observers predict that Congress won’t agree on DOD and other agency budgets in time for the Oct. 1 start of the federal fiscal year. This would require passage of a stop-gap continuing resolution until funding issues — for the Space Force and any other unfunded entity — can be finalized.

Watch the joint House hearing on May 5, 2021, on rules governing space activities: https://www.c-span.org/video/?511485-1/rules-governing-space-activities.

Read a Q&A about the U.S. Space Force: https://www.spaceforce.mil/About-Us/FAQs/Whats-the-Space-Force.

Read “The Space Force wants to manage acquisitions by portfolio”: https://rly.pt/3iFOUjb
Posted in these groups:

MCPO Roger Collins
Posted 1 mo ago
And to think the term Space Cadet used to be considered a pejorative.
(7)
Comment
(0)

PO2 Gregory Dubois
1 mo
I'm sure China and Russia just as busy trying to establish a presence in space, not for joy rides either.
(1)
Reply
(0)

SFC Randy Hellenbrand
Posted 1 mo ago
No doubt donnie was gonna use them to guard billionaires on space flights.
(4)
Comment
(0)

SSG (Join to see)
27 d
Or he had the foresight to see that is our next very obvious battle ground, as almost all of our military hardware rellies om satalites.
(0)
Reply
(0)
Show More Comments
Read This Next
RallyPoint Home