You Landed Your First Civilian Job. Now what? 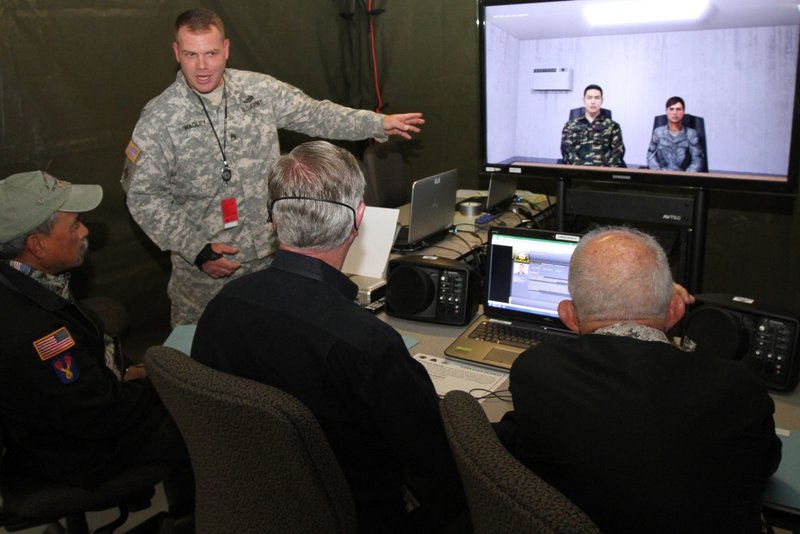 Thought I'd share an article I wrote last year:

Congratulations! You’ve finished your service and are now entering the civilian workforce — either by getting training through college or a technical program or by going directly to the market with the skills you used in the military.

This is an exciting period, but it can also lead to confusion and can be awkward at times. There are landmines you can come across that can be damaging to both your career and reputation. Here are some key things to be aware of to help you avoid these pitfalls:

1. Don’t Underestimate the Importance of Issues That Arise
As veterans, we’re used to serious consequences if something goes wrong, and because of that, we tend to look at issues that don’t involve life or death as trivial. Now that you’re in the civilian world, you need to know that there are lots of priorities for people and companies, and both have issues they consider critical for them to complete their missions.

It’s key that you don’t dismiss these issues or the priorities of others or act like you don’t care. Once that impression is created, it can create a feeling that you’re not a part of the team and are not engaged with the company’s needs.

2. Don’t Mistake Appearances
A key mistake people often make is assuming they know something about the person they meet on an elevator or just walking down the hall based on their appearance. Unlike the military, there are no uniforms with rank to tell you where someone resides within the organization. A vice president could be coming in to pick something up from his office in jeans and a sweatshirt just as easily as they could in a nicely tailored suit. Further, unlike in the military, where someone who looks visibly younger tends to be junior, this is not always the case in the civilian world.

There really is no way of knowing until you’ve been with an organization for some time who is who and at what level. Lay low for a bit, observe and get to know those in your new environment. Most of all, treat everyone courteously.

3. Don’t Rely on Military Terms
Just as with your resume, you have to civilianize your speech and stop using so many acronyms. Referring to a marketing effort as falling into your AO will cause some puzzlement. Quite often, companies have action plans or project management tools that will in essence be five-paragraph operation orders — they just don’t verbalize it that way. When you find yourself having to provide an update, you can rely on that strategy, but make sure not to verbalize it that way.

Also, using words like “sir” and “ma’am” will set you apart in a good way, and while many folks will tell you that you don’t have to use those terms, inside they will appreciate your politeness.

4. Loosen Up a Bit
Military customs and courtesies don’t often translate well in the civilian world. It was mentioned to a friend of mine who was recently hired into a large company that he came across as very serious most of the time in the eyes of a number of people there, including the Human Resources department. The company had a much more laid-back social culture, and his seriousness — which is generally how we approach all tasks in the military — conflicted.

Again, observe your surroundings and get to know a few folks. Learn to be open with coworkers and find advocates for yourself that can be relied upon to “educate” you.

5. “Praise in Public and Punish in Private” is Still Important
In the military, you learned that the best leaders heap praise on their teams in public and choose to go behind closed doors to make corrections. Stay with that, even though sometimes you may see the opposite.

I once took the blame from our company’s chairman because a colleague under me did something wrong. A vice president came up and asked why I didn’t blame her because he knew she screwed up. I told him what I had learned from my experience and that it has never left me. It shouldn’t leave, you either. Your team will certainly respect you for it, and you will set a great standard for others.

6. Don’t Overshare PTS or TBI
A great majority of vets have done things and seen things we hope many don’t experience. For some of us, that has resulted in some invisible wounds of war. While I would never, ever encourage you to deny these issues, I would say that you don’t need to broadcast these issues to everyone. As we all know, there are varying degrees, and most of us are not debilitated. This is private information that you should share on a need-to-know basis — but do so at a time and in a situation you can control, and look at it as a time to educate others.

You will occasionally get asked questions, which honestly is great — it means that someone wants to be informed and is looking to you to teach them. This is an important opportunity for you to represent the entire veteran community.

7. Be Prepared for Off-the-Wall Questions
At a time when less than 1% of our nation has served (including families who’ve made sacrifices as well) and less than 0.5% have been in combat, there’s a large disconnect between veterans and the rest of the country. Be prepared for questions that, for the most part, are not meant to be rude, but are examples of others looking to understand some of the things you went through. If a question comes off as completely ignorant, try to take it in stride.

In addition, you may, from time to time, be asked, “Did you kill anyone”? The best response I’ve found is telling the person, “That is a very personal thing which has a deep impact on me that I don’t wish to discuss.” You might also want to add, “There are a lot of bad things that happen in war, and those of us who fought have to deal with that. I’m just very happy that those I care about haven’t had to live those experiences.” Either way, the person will quickly get the idea of how truly personal this is and hopefully move the conversation on to other subjects.

Finally, one thing to remember is that you are now an ambassador to the world on behalf of all veterans. We need your help in educating the greater community and breaking down the barriers and misconceptions that exist. If you ever have a question or need to vent, reach out to me or fellow veterans who understand where you’re coming from.

And congratulations again on your new position!
Posted in these groups:

SMSgt Minister Gerald A. "Doc" Thomas
Posted >1 y ago
Show the professionalism, zeal, and determination you had while serving and make them fall in love with the military profession!
(7)
Comment
(0)

Sgt (Join to see)
>1 y
Great response SMSgt Minister Gerald A. Thomas. And in turn, they may decide to hire additional veterans!
(0)
Reply
(0)

SFC Joe S. Davis Jr., MSM, DSL
Posted >1 y ago
Don't forget your work ethic and self worth especially what the military has instilled in you. The Army Values really helped me a lot.
CMH HomeLewis and ClarkCorps of Discovery
Home
Online Bookshelves
Books and Research Materials
Early National Era
Corps of Discovery
A banner with Corps of Discovery, United States Army written on it. The logo of the this Lewis and Clark Commemorative web site.
L&C HomeThe PeopleThe MissionExploreL&C Links

Loyalty
Bear true faith and allegiance to the U.S. constitution, the Army, and other soldiers.
Be loyal to the nation and its heritage.

Duty
Fulfill your obligations.
Accept responsibility for your own actions and those entrusted to your care.
Find opportunities to improve oneself for the good of the group.

Fulfilling the Letter and Intent of Jefferson's Order. The Corps of Discovery never wavered from its mission. Additionally, Lewis, Clark, and several of the men kept journals. Sergeant Ordway was the only one to make daily entries.

Respect
Rely upon the golden rule.
How we consider others reflects upon each of us, both personally and as a professional organization.

Diplomats with the Indians. The Corps of Discovery honored with dignity and respect all the tribes it met, offering gifts as a symbol of friendship and peace.

Selfless Service
Put the welfare of the nation, the Army, and your subordinates before your own.
Selfless service leads to organizational teamwork and encompasses discipline, self-control and faith in the system.

Honor
Live up to all the Army values

Importance of Character. Lewis and Clark were very thorough in selecting only the best men for the mission - those who would work together for the good of the group and pull their own weight.

Integrity
Do what is right, legally and morally.
Be willing to do what is right even when no one is looking.
It is our "moral compass" an inner voice.

Degree of Freedom. Many times the men were on their own as the captains performed their duties. On the return trip, Lewis and Clark divided the Corps of Discovery into five separate detachments (under the commands of Lewis, Clark, Ordway, Gass, and Pryor) to accomplish independent missions. Only two men were discharged from the expedition - Reed for desertion and Newman for mutinous conduct.

Personal Courage
Our ability to face fear, danger, or adversity, both physical and moral courage.

Into the Unknown. The men of the Corps of Discovery left not knowing what lay ahead or if they would ever return. Throughout the journals one phrase stands out - "we proceeded on." This clearly characterizes the spirit of the expedition.
http://www.history.army.mil/lc/the%20mission/the_seven_army_values.htm
(5)
Comment
(0)

MAJ Robert (Bob) Petrarca
Edited >1 y ago
Posted >1 y ago
1. Pray you keep your job.
2. If you aren't religious, join one then refer to item 1
(5)
Comment
(0)
Show More Comments
Read This Next
RallyPoint Home