PO1 William "Chip" Nagel
484
27
5
8
8
0
A jailed Saudi women's rights activist has been offered release if she agrees to say she was not tortured, her sister has alleged.

Loujain al-Hathloul, who campaigned to win Saudi women the right to drive, was detained this year for conspiring with "hostile entities".

Her family says she has been tortured and sexually assaulted in custody, which the Saudi government denies.

Officials have so far not responded to BBC questions about the new claims.

In a tweet on Tuesday, Loujain al-Hathloul's sister Lina - who is based in Brussels - first revealed details of the supposed deal. 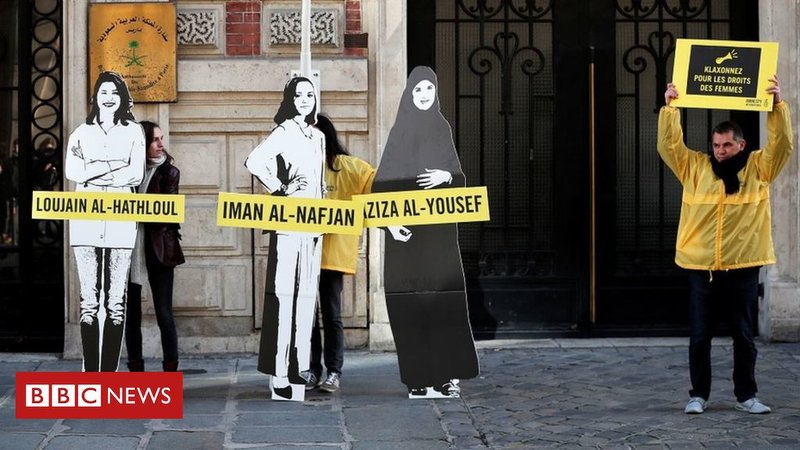 SPC Nancy Greene
Posted 6 mo ago
Very disturbing situation. I wish her all the best and she has to do whatever she needs to do to stay alive!
(4)
Comment
(0)

MAJ Rene De La Rosa
Posted 6 mo ago
Thanks for keeping us apprised. Denying her torture will let it continue to the nxt victim.
(3)
Comment
(0)
Show More Comments
Read This Next
RallyPoint Home