COL John McClellan
8.9K
107
13
30
30
0
Operation Hump was a search and destroy operation initiated by United States and Australian forces on 8 November 1965, during the Vietnamese War. The US-Australian objective was to drive out Viet Cong (VC) fighters who had taken up positions on several key hills. The main US Army operation took place in an area about 17.5 miles (28.2 km) north of Bien Hoa, where the US 1st Battalion, 503rd Infantry Regiment (1/503), 173rd Airborne Brigade conducted a helicopter assault on an LZ northwest of the Dong Nai River and Song Be River. The 1st Battalion, Royal Australian Regiment (1RAR) was deployed south of the Dong Nai. In a part of the operation (known later as the Battle of Gang Toi), 1RAR attacked a VC bunker and trench system. Little contact was made through 7 November, when B and C Companies settled into a night defensive position southeast of Hill 65, on a triple-canopied jungle hill.

The result of the battle was heavy losses on both sides—49 Paratroopers dead, many wounded, and about 403 dead VC troops as an estimate by the US troops.

Operation Hump is memorialized in a song by Big and Rich named 8th of November. The introduction, as read by Kris Kristofferson, is:

"On November 8th 1965, the 173rd Airborne Brigade on "Operation Hump", war zone "D" in Vietnam, were ambushed by over 1200 VC. Forty-eight American soldiers lost their lives that day. Severely wounded and risking his own life, Lawrence Joel, a medic, was the first living black man since the Spanish–American War to receive the United States Medal of Honor for saving so many lives in the midst of battle that day. Our friend, Niles Harris, retired 25 years United States Army, the guy who gave Big Kenny his top hat, was one of the wounded who lived. This song is his story. Caught in the action of kill or be killed, greater love hath no man than to lay down his life for his brother."

The final sentence is a reference to John 15:13 in the Christian Bible. 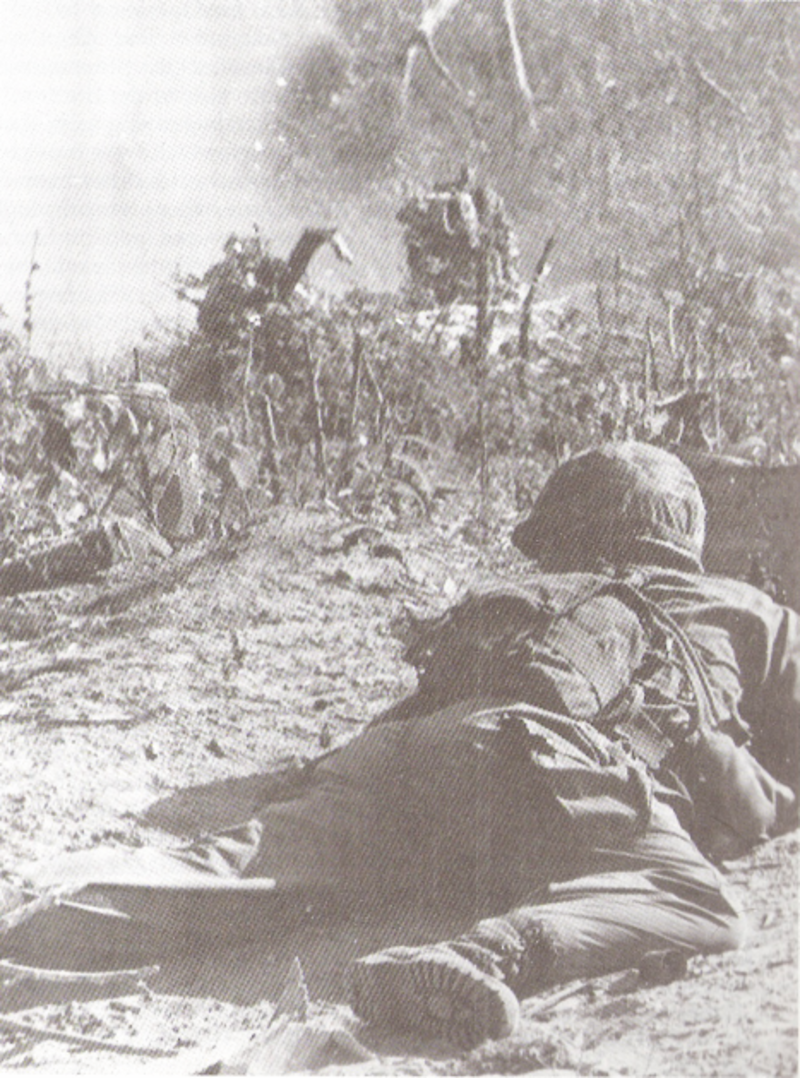 Lt Col Charlie Brown
Posted >1 y ago
This was an unbelievable battle. I posted the documentary of the making of the Big and Rich song
(16)
Comment
(0)

SGT William Cannon
Posted >1 y ago
THE N.V.A. WERE VERY DISCIPLINED SOLDIERS, AS WERE THE V.C...THE NIGHT ON L.Z. JAY, THE ATTACK FORCE WAS ESTIMATED TO BE A BATTALION SIZED UNIT, AS KIA NUMBER WAS 495, BOTH NVA AND VC...I WAS NEVER SO GLAD TO SEE THE SUN...
(12)
Comment
(0)