19 January 1961, In a meeting between outgoing President Eisenhower and President-elect Kennedy, Eisenhower did not mention Vietnam as one of the major problems facing the U.S. U.S. President Eisenhower told John F. Kennedy that Laos "was the key to the entire area of Southeast Asia." Outgoing President Dwight D. Eisenhower cautions incoming President John F. Kennedy that Laos is “the key to the entire area of Southeast Asia,” and might even require the direct intervention of U.S. combat troops. Fearing that the fall of Laos to the communist Pathet Lao forces might have a domino effect in Southeast Asia, President Kennedy sent a carrier task force to the Gulf of Siam in April 1961. However, he decided not to intervene in Laos with U.S. troops and in June 1961, he sent representatives to Geneva to work out a solution to the crisis. In 1962, an agreement was signed that called for the neutrality of Laos and set up a coalition government to run the country. By this time, Kennedy had turned his attention to South Vietnam, where a growing insurgency threatened to topple the pro-western government of Ngo Dinh Diem. Kennedy had already sent combat advisers to the South Vietnamese army and this commitment expanded over time. By the time Kennedy was assassinated in November 1963, he had overseen the assignment of over 17,000 U.S. advisers to South Vietnam.

19 January 1963, General Harkins presented his Comprehensive Plan for the war. He envisioned an increase in South Vietnamese forces (ARVN plus Civil Guard and Self Defense Corps) to 458,500 personnel by mid-1964 and thereafter to decrease, the war presumably winding down. Harkins foresaw that U.S. military personnel in South Vietnam would be reduced to 12,200 by mid 1965 and to 1,500 in mid 1968. MACV would be abolished by 1 July 1966.

19 January 1966, Several RVNAF junior officers arrested after Premier Ky declares that a "small group of people" are working toward a military coup.

19 January 1966 – 21 February 1966, Operation Van Buren, 101st Airborne Division, ROK 2nd Marine Brigade and ARVN 47th Regiment rice security operation, Phú Yên Province, The Tuy Hòa Valley was an important rice-growing region and in 1965 People's Army of Vietnam (PAVN) and Viet Cong forces had requisitioned much of the harvest to feed their troops. Military Assistance Command, Vietnam wanted to ensure the same would not occur again with the 1966 harvest. The PAVN 95th Regiment, 5th Division was believed to be located in the mountains around the Tuy Hòa Valley.
Operation;
On 15 January 2nd Battalion, 502nd Infantry Regiment was flown into Tuy Hòa Airfield. On 18 January 2nd Battalion, 327th Infantry Regiment was landed by LST at Tuy Hòa Port. The 2/502nd proceeded to patrol north of the Đà Rằng River while the 2/327th and the South Korean 2nd Marine Brigade patrolled south of the Đà Rằng. On 31 January the South Koreans were attacked by the PAVN suffering heavy losses and they were withdrawn and replaced by the 1/327th.

On 6 February a platoon from Company B, 2/502nd, came under fire as it approached the hamlet of Canh Tanh 4 (13.049°N 109.333°E), approximately 20km southwest of Tuy Hòa. The company commander sent platoons to the south and west of the hamlet to try to encircle the enemy forces. Once in position the U.S. forces attacked but were met by heavy fire and withdrew to allow a total of 13 airstrikes on the position. The U.S. forces tightened their cordon overnight for a renewed assault in the morning, however they found that the enemy had abandoned the position overnight leaving behind 39 bodies and documents identifying them as members of the 5th Battalion, 95th Regiment.

On 7 February Company C 2/502nd approached the hamlet of My Canh 2 (12.920°N 109.239°E), 2km south of Canh Tanh 4 and came under heavy fire from entrenched forces pinning down the Company. Air and artillery strikes were called in and reinforcements from Company B and Tiger Force of 1/327th commanded by Maj. David Hackworth were landed by helicopter nearby. Maj Hackworth sent Tiger Force to the north of My Canh 2 and Company B to the south, Tiger Force would then launch a Hammer and anvil attack. As Tiger Force moved to its attacking position the cover thinned out and they were hit by PAVN fire suffering 7 killed. Maj. Hackworth then ordered Company B to attack and they were similarly caught in the open losing 19 killed, then withdrew into night defensive positions. Tiger Force was ordered to renew the attack and the unit commander Lieutenant James A. Gardner personally destroyed 4 machine gun positions with grenades before being killed, he would be posthumously awarded the Medal of Honor for his actions. Tiger Force then moved under cover of artillery fire to join up with Company B 1/327th. The following morning after air and artillery strikes U.S. forces entered My Canh 2, the PAVN had abandoned the position overnight leaving 63 bodies and 60 weapons.
The operation continued without any other major engagements with the PAVN. Operation Van Buren officially concluded on 25 February.


19 January 1968, “Sky Soldiers” from the 173rd Airborne Brigade begin Operation McLain with a reconnaissance-in-force operation in the Central Highlands. The goal was to promote better security for the province by finding and destroying communist base camps. The operation ended on January 31, 1970, with 1,042 enemy casualties.

19 January 1968, Cambodia charged that the United States and South Vietnam had crossed the border and killed three Cambodians.

19 January 1968, In the first two weeks of 1968, PAVN/VC forces shelled 49 district and provincial capitals in South Vietnam and temporarily occupied two of them. General Westmoreland described the fighting to Time magazine "as the most intense of the entire war." MACV claimed that 5,000 PAVN/VC had been killed.

19 January 1969, in a last ditch effort to turn the tide of the war, and perhaps help him grow up, the United States stationed SP4 Robert Pryor with Detachment A-344, 5th Special Forces Group at Bunard, III CTZ, Việt Nam. Unfortunately neither one happened. (Dennis's note: This tongue in cheek comment from SGT Robert Pryor, LOL)

Task Force 1st Battalion, 61st Infantry Regiment performed the mission of providing security for Firebases C2 and A4 and conducted search and clear and reconnaissance in force operations in AO Orange.

Task Force 1st Battalion, 77th Armor Regiment provided security of the Cửa Việt Base including patrols and ambushes north of the Cua Viet River until 9 July 1970. Also during the period TF 1/77th conducted reconnaissance in force, rocket suppression and search and clear mission in AO Blue. Joint operations of a similar nature were conducted with nine Popular Force platoons and six Regional Force companies in Hải Lăng and Triệu Phong Districts. Following the completion of that mission the battalion was assigned the mission of securing the engineers in reopening of Route 556 through the Ba Long Valley. This effort reestablished government control in the Ba Long Valley, long one of the major infiltration routes into the populated areas of the central piedmont and coastal lowlands.

On 4 May Company D, 1/11th Infantry, while securing Firebase Fuller, received 32 120mm mortar rounds resulting in one US killed. On 10 May Company D, 1/11th handed responsibility for Firebase Fuller to the Army of the Republic of Vietnam (ARVN) 2nd Regiment, 1st Division and departed the base on foot. While approaching Firebase Khe Gio they received sniper and mortar fire and a medevac UH-1H crashed into the column killing the four crewmen and two soldiers from D, 1/11th.

From 6 May to 8 May, TF 3/5th provided route and firebase security from Cam Lộ along Route 9 to Ca Lu Combat Base where a joint US/ARVN fire support operation was being conducted in the area of Firebases Langly and Tun Tavern (16.567°N 106.935°E). On 28 May Company A, 1/77th, encountered a PAVN squad and in 45 minutes had killed five PAVN. On 31 May Company A, 1/61st made contact with a PAVN platoon killing three.

Throughout the period until 23 June, TF 3/5th provided security for 59th Land Clearing Company near Mai Loc. From 24 June to 7 July, TF 3/5th provided security for the 14th Engineer Battalion in reconstructing Route 558 from Mai Loc to Firebase Holcomb (16.664°N 106.982°E). This road opened FSB Holcomb to access by self-propelled artillery providing artillery support for units in the Ba Long and Đa Krông Valleys. [1]:2 On 29 June 2 platoons from Company C, 1/61st and Company A, 1/77th were ambushed by a PAVN platoon, the attack was repulsed with three US killed and 2 PAVN killed.

From 7 to 21 July, TF 1/77th provided security for three artillery units at Vandegrift Combat Base while they supported joint US/ARVN ground operations around Khe Sanh in response to air cavalry contacts.

On 15 July Company B, 1/77th was escorting a convoy when it received Rocket-propelled grenade (RPG) fire, the firing location was attacked by gunships and artillery and a lone PAVN soldier then attacked the convoys with RPGs before being killed, US losses were one killed.

Aftermath;
The operation concluded on 22 July 1970. US losses were 37 killed, PAVN losses were 106 killed with 24 individual and 9 crew-maned weapons captured.

Other wall information/stories/quotes; None today

During the Vietnam war, Navy Seal teams One and Two amassed a combined kill/death ratio of 200:1.

Looking for a Brother or sister you served with? This might help you.
The Viet Nam Veterans Home Page to be quite useful in finding living veterans. They maintain a Lost and Found section http://www.vietvet.org/lostfnd.htm, with listings of people looking for people.

To find information on the availability of U.S. Navy deck logs during the Vietnam war era, check out this link. https://historyhub.history.gov/community/military-records/blog/2020/10/08/update-on-availability-of-vietnam-era-1956-1978-us-navy-deck-logs

Unit Reunions, Homecomings, Gatherings, Newsletters, Etc. can be found at http://www.vietvet.org/unitlist.htm
There are two replica versions of The Vietnam Veterans Memorial that tour the United States regularly. The first of them which is called The Moving Wall, has been traveling the country for almost twenty years. You can find their schedule at http://www.themovingwall.org/
Where can I find the latest information on the status of Prisoners of War and those listed as Missing in Action? A: The Library of Congress maintains POW/MIA information at http://lcweb2.loc.gov/pow/powhome.html

“Fill what's empty, empty what's full, and scratch where it itches.”- the Duchess of Windsor, when asked what is the secret of a long and happy life.

“The soldier is the Army. No army is better than its soldiers. The Soldier is also a citizen. In fact, the highest obligation and privilege of citizenship is that of bearing arms for one’s country”- George S. Patton Jr.
“Those who give up essential liberties for temporary safety deserve neither liberty nor safety.” – Benjamin Franklin 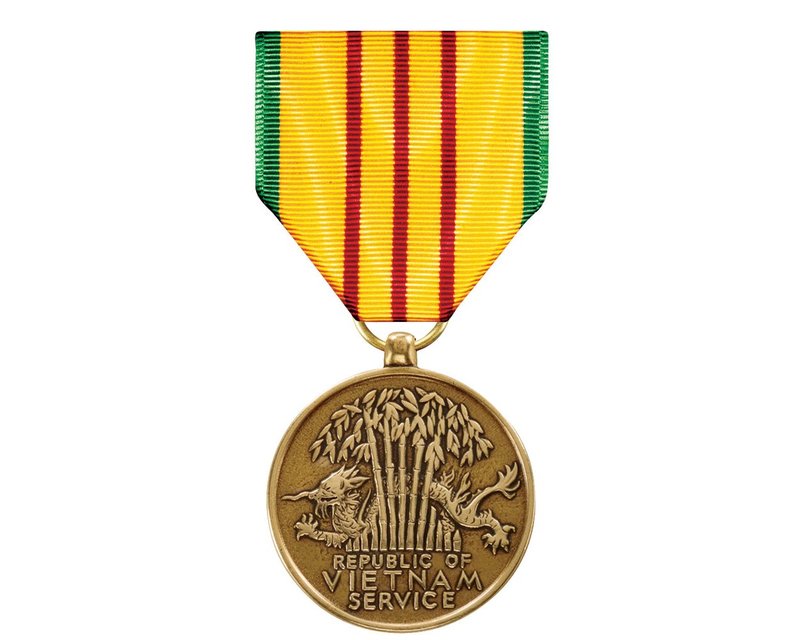 CWO3 Dennis M.
1 mo
Good Morning Lt Col Charlie Brown. I think IKE knew more about Laos than he did about Vietnam. He feared Laos was going to be the hot spot. Remember it was in the early 50's and the French were heavily involved in Vietnam and most likely didn't think the French would need us at that time.
(7)
Reply
(0) 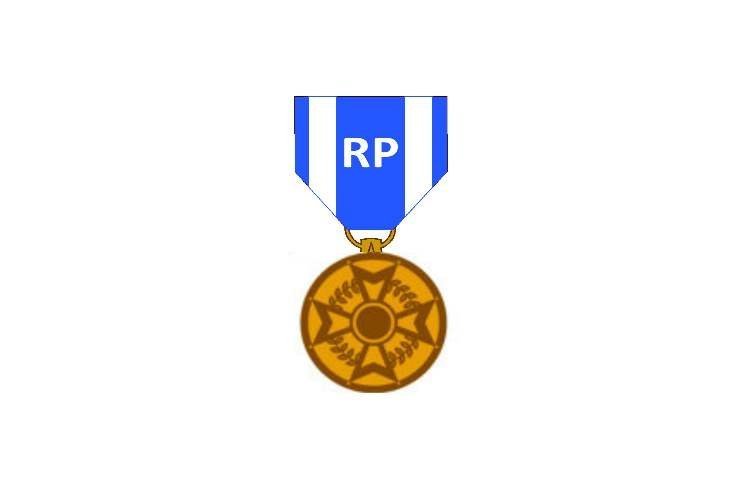 CWO3 Dennis M. good day my friend, thank you for the Vietnam War history of 19 January. Thank you and all the Vietnam War Veterans for their service. I appreciate you carrying on the tradition of SP5 Mark Kuzinski Vietnam War read/share. This parts stands out:

CWO3 Dennis M.
1 mo
I would like to think SP5 Mark Kuzinski approved of what I am doing, with the posts. He had big shoes to fill. He isn't haunting me, so I guess things are good. Thank you SFC (Join to see) for the support and kind words.
(4)
Reply
(0)