PO1 Autumn Sandeen
156
20
9
4
4
0
Who didn't see a lawsuit coming over Arkansas banning affirming medical treatment for transgender youth, especially when there is at least one peer reviewed study indicating the treatment is appropriate?

And, this coming after the March 31 annoucement over open service by transgender service members by the Secretary of Defense. 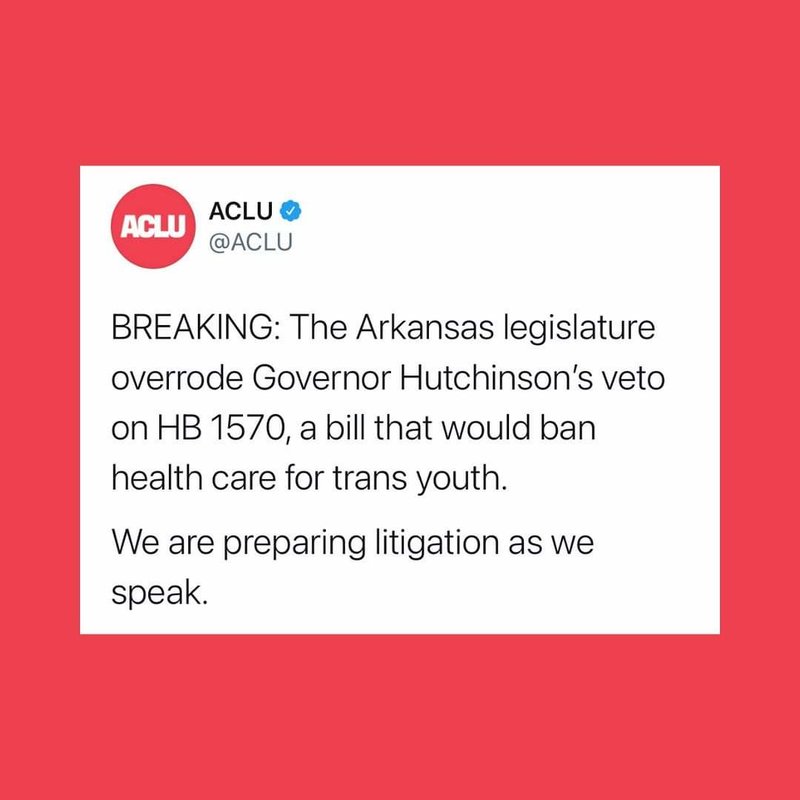 PO1 William "Chip" Nagel
Posted 1 mo ago
PO1 Autumn Sandeen Once Again a Battle between Religious Dogma vs Science, Medicine and Health. Hopefully Science wins in the End but?
(7)
Comment
(0)

SGT Lisa Turner
1 mo
SPC (Join to see) well the whole purpose of the blockers is to stop or prevent puberty from occurring.
(2)
Reply
(0)

SSgt (Join to see)
1 mo
When you factor in that a large majority, I’d say 95%+, know that they are trans around the age of 5-7 years old, it just makes sense to treat prior to puberty.

SPC (Join to see) , purposely allowing the wrong puberty to start just opens the door for large issues. It is why we have trained mental health professionals who can diagnose and confirm gender dysphoria in young children. Normally, I’d agree and say let’s let things run their course just to make sure on most issues, but out of the tens of thousands of trans people I’ve had the pleasure to meet, I’ve only ever known one who had transition regret. This person only had regret abs de-transitioned because they lost their entire family when they transitioned due to their families bigotry. Making a person wait is just rolling the dice with their mental health, in my opinion.
(1)
Reply
(0)

SPC (Join to see)
1 mo
SSgt (Join to see) I am not disagreeing that they know beforehand. I'm saying based on past medical reading including one in OP.

"Pharmacologic treatment recommendations vary depending on the age and developmental stage of youth with gender dysphoria. For youth in the earliest stages of pubertal development (Tanner stages 2-3; Multimedia Appendix 1 [7]), treatment with a gonadotropin-releasing hormone agonist (GnRHa) is recommended to suppress endogenous puberty and avoid the development of undesired secondary sex characteristics. Among adolescents in the later stages of pubertal development (Tanner stages 4-5), treatment with testosterone or estrogen is recommended to induce the desired masculine or feminine features [8,9]."

I would assume all involved would hopefully have optimal choice on a case by case basis. For example, if the child wants to be able to still potentially have biological kids of their own, they would have to have their sperm or eggs matured before can be banked. No matter what it's a complex issue, I'm not saying we shouldn't give it to kids, I'm saying based in what I've seen it's given around tanner stage II start of puberty (which is standard for non-trans kids as well).
(0)
Reply
(0)

SPC (Join to see)
1 mo
SPC (Join to see) however since puberty blockers are reversible and could continue wrong puberty if need be, would probably still go on them and continue conversation so what's best for the child is actioned on.
(0)
Reply
(0)

SSG (Join to see)
Posted 1 mo ago
The irony about the second ban being lifted is if we're to receive complete care or continue with partial treatment as we've done under Presidents Obama and Trump.