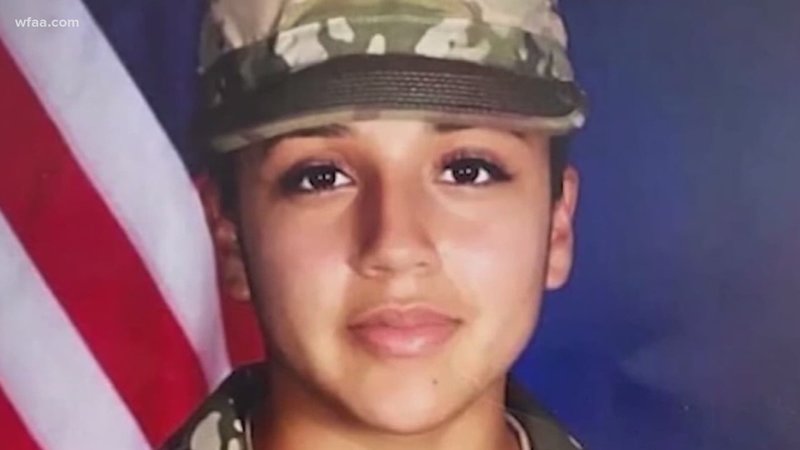 Posted from wfaa.com
Posted in these groups:

SFC (Join to see)
Posted 7 mo ago
The family does have a point. Lose an M4 and base closed and everyone is out looking for it. This soldier vanishes from her station and nothing.
(4)
Comment
(0)

SGT Herbert Bollum
Posted 7 mo ago
It doesn't make any difference what (ethnicity / race / etc. / gender) you are you have to watch your back, because there are some out there who will try to harm you. But you can't stop living your life due to fear of the unknown.
(3)
Comment
(0)

Col Joseph Lenertz
Posted 7 mo ago
Many join the military because it is their best option. We shouldn't remove that choice from anyone. Freedom!
(2)
Comment
(0)
show previous comments

Col Joseph Lenertz
7 mo
CW3 (Join to see) - (individual liberty hat on) I'm not telling people what to do with their lives, and you insult me to imply that I'm attempting to abridge someone's freedom of speech. Why would my wife, a Mexican woman, want to join the Air Force? Because it was her best option for a better life. It is her decision, not some LULAC president's. I have full freedom to push back against this LULAC organization as well. Give latinas the credit they deserve. They can make choices...they can do the cost/benefit, risk analysis. And they choose the miltary precisely because it is safer than Fresno and a hundred other cities where gangs rule.
(0)
Reply
(0)

CW3 (Join to see)
7 mo
Col Joseph Lenertz I speak to some degree four foreign languages. When I want to insult you, Colonel, trust and believe I will have no difficulty making my intent clear.

I am calling you out on your tone deaf behavior, because you ARE doing exactly what you claim you aren't.
(0)
Reply
(0)

CW3 (Join to see)
7 mo
Are you even stationed near Fort Hood? Have you even BEEN to Fort Hood? Do you know the conditions there? No, you don't, because you're an Air Force Colonel, and a Reservist at that.

You're also a higher ranking white male, not a minority female, and you have no clue what they go through. Sexual assault and military sexual trauma is a thing, and it's obviously NOT being addressed at Fort Hood.

To complain about what the local chapter of LULAC said is to be criminally tone deaf. I'm glad you're Air Force Reserve and not Army Reserve, Col Joseph Lenertz because that means I would never work for you......because based on your completely and totally tone deaf remarks, I doubt any minority could ever get a fair shake under your command.

You accused the president of the local chapter of LULAC, of removing choices from women, but at the same time, cited your own freedom of speech in opposing his remarks. No one is forced to adhere to what he recommends or what you recommend, you're just trying to use your rank to be intimidating. That makes you a hypocrite, and if you're butt hurt about being called that, send me a private message, and I'll be glad to give you my company commander's phone number so you can complain to him. You've said nothing about the case itself, so any complaints about those complaining about how she was treated are falling on deaf ears. I'm not trying to hear your crocodile tears.

Fort Hood needs to unf*** itself with respect to sexual harassment and assault before it's safe for ANY young woman, Latina or otherwise, to join when she might go there. To assert otherwise is to be a fool.

If I were you in this thread, I'd shut up now. There are others, including victims of military sexual trauma, that I could call into this discussion, and some of them are definitely not as nice as me. There are plenty of things I have refrained from calling you......others will not.
(0)
Reply
(0)

Spc. Vanessa Guillen was allegedly killed while she was on-duty in the armory room on April 22, the day of her disappearance.