Mr. Graves served with the US Army in Vietnam with the Combat Art Program between September 1969-January 1970. Reflecting on this piece, he wrote:

"Although convoys were a fairly common sight in Vietnam, a column of armored cavalry tracks emerging like “ghost ships” from a cloud of dust and fog, was unique! Because of the diverse terrain and climate, Vietnam had very exotic and dramatic lighting effects which, quite often, were very picturesque but, at the time, could hide enemy combatants. In 11th Cav Returns, I was bringing attention to, not just the lighting effects, but the hot/hazy humidity conditions that go along with that." 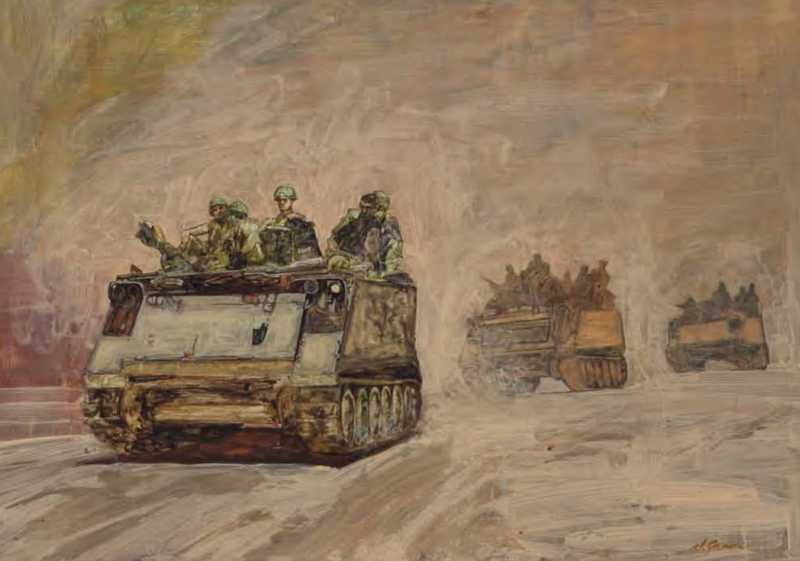