All US Personnel in Turkey Safe as Operations from Incirlik Continue

SP5 Mark Kuzinski
2.09K
48
17
9
9
0
STUTTGART, Germany -- U.S. military operations continue to run out of Incirlik Air Base in Turkey, but an attempted coup against the government of President Recep Tayyip Erdogan threatens to complicate how the U.S. and its NATO allies work with a country on the front lines of the fight against the Islamic State group.
"As of this time, there has been no impact to Incirlik Air Base, and counter-ISIL air operations from Incirlik continue," a U.S. defense official said late Friday, using an acronym for the Islamic State group.
Measures also have been taken to ensure the safety of personnel operating out of Turkey, the official said.
NATO Secretary-General Jens Stoltenberg tweeted that he had confirmed in a Saturday phone call with NATO Supreme Allied Commander Gen. Curtis M. Scaparrotti, who also heads U.S. European Command, that all U.S. and NATO personnel in Turkey were safe and accounted for.
EUCOM directed an increase of force protection conditions to their highest level -- DELTA -- across Turkey as a result of the unrest. "While we do not publicly discuss specific measures of any FPCON level, the decision to move to FPCON DELTA was based on the potential threat level to U.S. citizens, service members, families, and other personnel," the defense official said.
Turkey, by virtue of geography, is a crucial player in the U.S.-led campaign to target Islamic State militants in neighboring Iraq and Syria. However, Turkey has frustrated the West with its failure to aggressively confront the back and forth flow of extremists across Turkey's southern border. Turkey has long been the key point of transit for Islamic State fighters and others moving in and out of Syria. Critics have accused the Erdogan government of turning a blind eye to such militants, who have fought against Turkey's nemesis Bashar Assad in Syria.
Turkey also regards Kurdish forces -- a key U.S. ally in the fight against the Islamic State -- as its primary enemy, thereby complicating U.S. efforts to build a coherent alliance.
In recent months, Turkey also has increasingly become a target for terrorists, who have conducted major strikes in Istanbul and Ankara, exposing Turkey's own vulnerability to attacks from militants.
In March, such concerns led EUCOM to order military family members based at Incirlik and other smaller facilities to depart the country, ending the longtime presence of military dependents in Turkey.
Currently, the U.S. has about 2,500 troops in Turkey mostly based at Incirlik and deployed in the fight against the Islamic State group.
The U.S. also operates out of Diyarbakir Air Base near Turkey's border with Syria as well as a NATO facility in Izmir and Aksaz Naval Base along the Aegean Sea.
Turkey has long been a complicated, sometimes unreliable partner in the fight against the Islamic State. After the U.S.-led air campaign against the Islamic State began in 2014, Turkey at first resisted U.S. requests to launch strikes form Turkish territory, which would shrink flight times for U.S. fighters and drones targeting militants.
After a wave of terrorist attacks, Ankara reversed course in the summer of 2015 and allowed strike operations out of Incirlik, where A-10s, F-15s and drones have routinely taken part in missions. NATO surveillance aircraft also have operated form Turkish facilities.
Stoltenberg, calling Turkey a "valued NATO ally," appealed for calm and restraint "and full respect for Turkey's democratic institutions and its constitution."
For the U.S., how the crisis unfolds could determine whether military operations can continue in Turkey. In past coups or coup attempts since 1960, U.S. and NATO bases and troops were never affected. But if the present coup succeeds, the U.S. could be bound by laws that prohibit partnering with countries where military forces overthrow a democratically elected government.
It is not always cut and dry. In Egypt, the U.S. temporarily cut off aid in 2012 when a democratically elected government was overthrown, but financial support resumed after coup leader Abdel Fattah al-Sisi was elected president, amid concerns about Islamic extremists in the country.
Given Turkey's status as a NATO ally and a front-line state in the fight against the Islamic State group, Washington could look for a legal workaround even if a coup were to succeed, though the government claimed Saturday to be in control.
For now, the U.S. is backing the government and urging calm.
"I spoke this evening to Foreign Minister (Mevlut) Cavusoglu and emphasized the United States' absolute support for Turkey's democratically elected, civilian government and democratic institutions," Secretary of State John Kerry said late Friday. "We urge all parties to ensure the safety and well-being of diplomatic missions and personnel and civilians throughout Turkey." 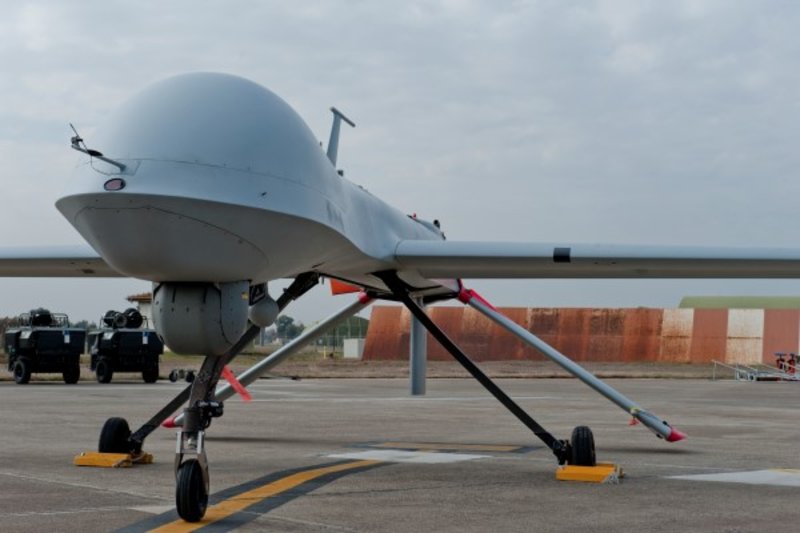 All US Personnel in Turkey Safe as Operations from Incirlik Continue

SFC Joe S. Davis Jr., MSM, DSL
Posted >1 y ago
SP5 Mark Kuzinski thanks for the situational awareness, great read and share for all to be safe!
(5)
Comment
(0)

Alan K.
Posted >1 y ago
Good that all Personnel are present and accounted for, folks at home can rest a little easier.......A little.
(3)
Comment
(0)

Capt Seid Waddell
Posted >1 y ago
Watching the coup attempt against Erdogan is like seeing one's mother in law drive off a cliff in one's brand new Cadillac.
(3)
Comment
(0)

Cpl Mark A. Morris
>1 y
I wonder who help the Islamic government of Turkey stay in power. Any thoughts Capt.?
(1)
Reply
(0)