General Dempsey's first fight in Iraq shapes his approach to Islamic State. What do you think about the information is this article? 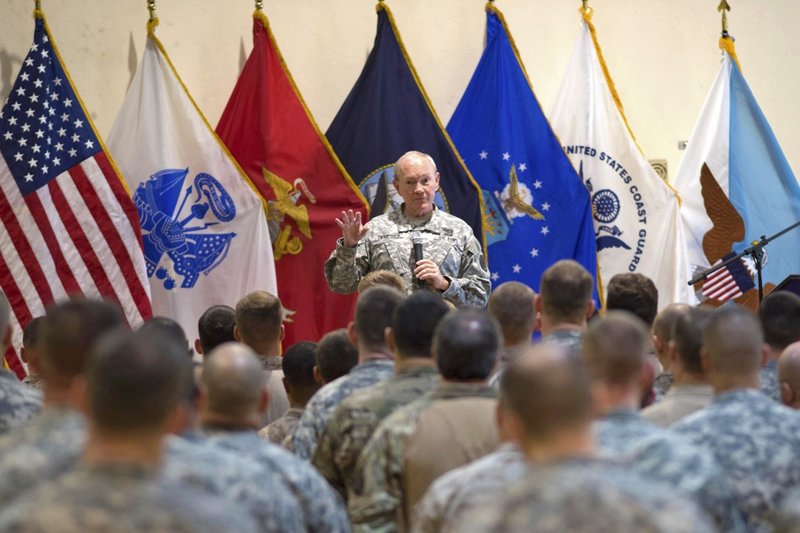 As Dempsey prepares to step down this fall after more than four years as chairman of the Joint Chiefs of Staff, however, the Obama administration’s deliberative foreign policy remains an object of frustration for critics, including some Democrats. In this view, the failure of the United States to more aggressively employ its military might — an approach Dempsey has played a key role in shaping — has left a power vacuum filled by the Islamic State and Iran.

SGT Rick Ash
Posted 4 y ago
Great article, lots of good info. But now, Obama will continue to respond with military-lite and not what we HAVE and NEED, Military Might. With only one carrier we could destroy ISIS in 2 weeks. Collateral damage can be avoided if civilians move away from known ISIS encampments. Bombs Away!
Thanks,
Rick
(1)
Comment
(0)

Capt Seid Waddell
Posted >1 y ago
"Against the Islamic State, Dempsey believed that ‘the only way there’s a sustainable defeat is if the Iraqis feel the real weight of the problem,’ the official said."

I think that Gen. Dempsey makes a good point there, but I'm afraid that "the Obama administration’s deliberative foreign policy" generally leads to dithering and indecision, which just allows the situation to fester.
(1)
Comment
(0)

SGM (Join to see)
Posted >1 y ago
I think it's a good article - thanks for sharing it.

The quote from al Maliki is telling ... calling Dempsey the Father of Money. That's what I saw in both Iraq and Afghanistan - people who were more interested in what they could line their pockets with than in their country.

Personally, I'd like to see us kill more of the ISIS SOBs, but I recognize that the local governments have to want that to happen even more. They must take responsibility for their own country's problems, or all we are going to be is the policeman for the area from now on.
(0)
Comment
(0)
Show More Comments
Read This Next
RallyPoint Home