A military K-9 injured in a bomb explosion in Afghanistan along with his military police officer partner now has a lot of support after a photo of the dog wearing a Purple Heart Medal in a hospital in Germany has gone viral, the Killeen Daily Herald reports.

Spc. Andrew Brown, 22, and his military dog, Rocky, were searching a structure for explosive materials in southern Afghanistan's Helmand Province on Dec. 3 when the bomb exploded, the Texas newspaper reported Friday.

"They were working with Special Operations Forces in an effort to identify explosive materials," Army spokesman Sgt. Michal Garrett told the paper.

Brown and Rocky survived the blast and were taken to a military hospital in Germany. There, a photo was taken of Rocky wearing the Purple Heart and posted on the Facebook page of Fort Hood's 89th Military Police Brigade. Brown is assigned to the brigade.

"The Army typically does not process awards for our working dogs the same way we do for our other soldiers," Garrett told the Daily Herald. "The Purple Heart in the photo was placed on Rocky as a sign of respect and solidarity between him and Brown during their recovery."

Two days ago, the brigade posted another photo of Brown and Rocky in a hospital room on Facebook that said, "They are both very thankful for your thoughts and prayers and are in the process of heading back home.

The post said Brown had arrived earlier Friday at Walter Reed Army Medical Center Hospital in Washington where he was met by his waiting family.

The Daily Herald reported that Brown, of Eliot, Maine, suffered non-life threatening injuries and will undergo a series of tests for traumatic brain injury. The tests are routine for soldiers injured by roadside bombs.

Rocky is expected to return to Fort Hood in the coming weeks. The canine suffered shrapnel wounds and a broken leg. 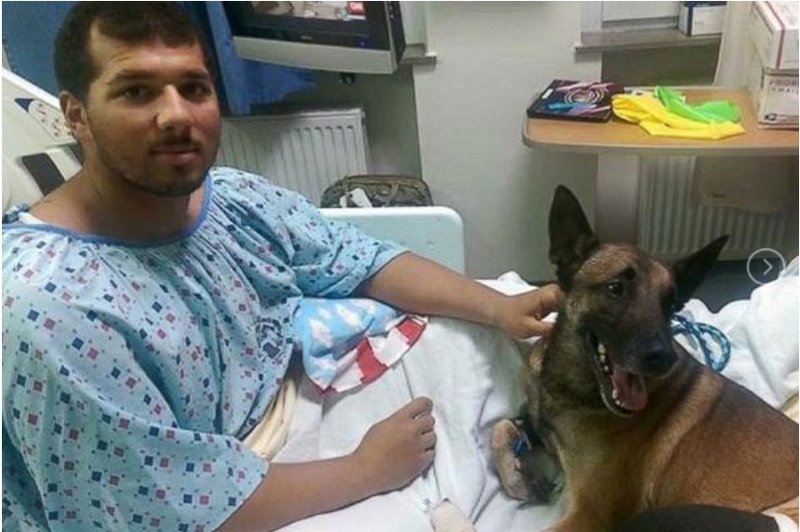 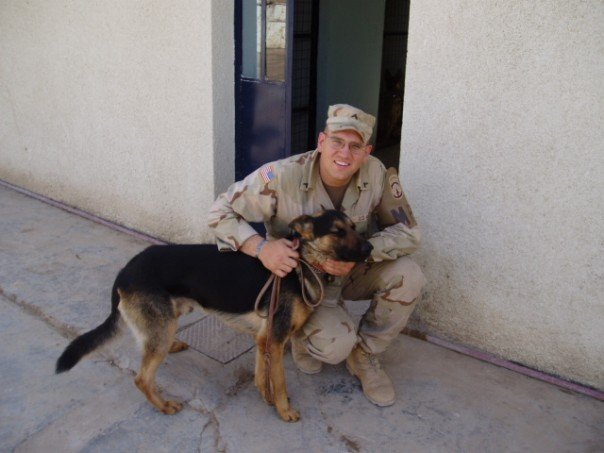 And justly deserved! The bond you have with your dog at the house is x10 in combat. You can't cuddle up to your battle buddy. Well you can but.....Awkward!!!!!
(4)
Comment
(0)
Transferred from duplicate topic

LTC Stephen F.
Posted >1 y ago
I am thankful that Spc. Andrew Brown, 22, and his military dog, Rocky survived the IED explosion which wounded both of them SPC (Join to see).
So many military working dogs have been killed in the line of duty.
I am glad that there seems to be so much support for the purple heart not only being awarded to Rocky but that it has been posted and the image has gone viral.
I never thought viral would ever be used in a positive sense. :-)
(4)
Comment
(0)

SSG Todd Halverson
Posted >1 y ago
Glad to see that the Military Canines are starting to get some of the same respect as humans for their service. Hopefully the handler and dog will be reunited once they have both recovered from their injuries.
(2)
Comment
(0)
Show More Comments
Read This Next
RallyPoint Home