Logo uploaded by: AN Christopher Crayne

MAJ(P) Eugene Chu
407
13
7
4
4
0
Local news story from Las Vegas about how a teen recovered from COVID, but cannot eat regular food anymore due to sensory issues 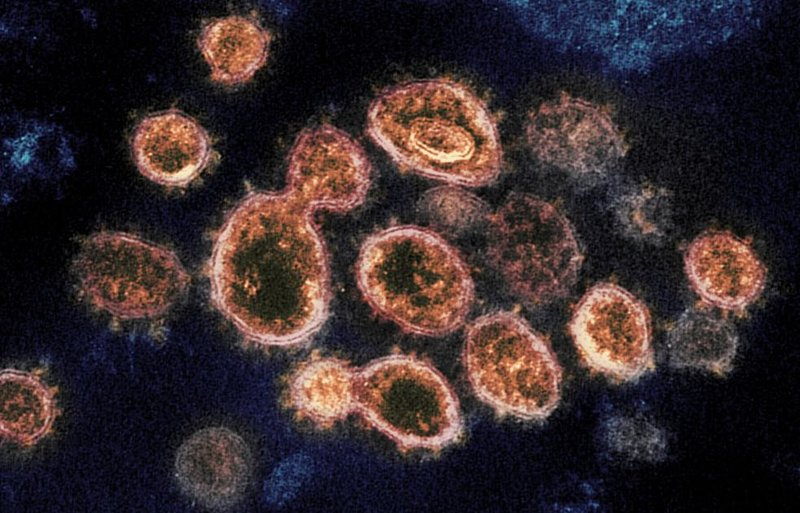 Posted from fox5vegas.com
Posted in these groups:

SFC Melvin Brandenburg
Posted 1 mo ago
So it seems this would be an asset in a Marine Corps chow hall.
(2)
Comment
(0)

WHEREAS Trump was briefed at least by January 30, 2020 that Covid-19 was very contagious and deadly similar to smallpox and the plague,

WHEREAS Trump told Americans 22 times the Corona virus would go away,

WHEREAS in September 2020 Trump pressured the CDC to downplay the threat of Covid-19 and the CDC director Dr. Robert Redfield did not resign,

WHEREAS Trump in February 2020 accused Democrats of “politicizing” the corona virus during a campaign rally claiming that the outbreak is “their new hoax,” accusing the press of being in “hysteria mode”, and downplaying the severity by comparing the number of fatalities during an average flu season,

WHEREAS Trump received a vaccination against Covid and he kept it a secret,

WHEREAS the former US Commander and Chief, Trump had the duty to protect US persons from all enemies (aka deadly threats), and one such enemy was Covid-19, a deadly and extremely contagious disease which even if the victim does not die, it can allegedly result at times in serious negative outcomes to a person’s long term health,


THEREFORE BE IT RESOLVED we demand Trump and other US public officials be prosecuted by the US Court of jurisdiction and/or the international Criminal Court for gross negligence and reckless disregard for human life and health due to making false and unscientific statements about Covid-19.


-----------------------
Dr. Fauci said March 14, 2021 he wishes former President Donald Trump would use his popularity among Republicans to persuade his followers to get the COVID-19 vaccine. In a round of interviews on the morning news shows, Fauci lamented polling showing that Trump supporters are more likely to refuse to get vaccinated, saying politics needs to be separated from “commonsense, no-brainer” public health measures. (AP Photo/Evan Vucci, File)

The oldest and simplest justification for government is as protector: protecting citizens from violence.

As English philosopher Thomas Hobbes wrote in his book Leviathan, he describes a world of unrelenting insecurity without a government to provide the safety of law and order, protecting citizens from each other and from foreign foes. The idea of government as protector requires taxes to fund, train and equip an army and a police force; to build courts and jails; and to elect or appoint the officials to pass and implement the laws citizens must not break.

The concept of government as provider comes next: government as provider of goods and services that citizens cannot provide individually for themselves. The future of government builds on these foundations of protecting and providing. Government will continue to protect citizens from violence and from the worst vicissitudes of life. Government will continue to provide public goods, at a level necessary to ensure a globally competitive economy and a well-functioning society

Lying to the public and the press

“Faithfully” was contemporaneously defined, in part, as: “Honestly, without fraud, trick, or ambiguity.” One component recurrently included in the “faithful execution” provisions of “statutes and other legal documents” was that the official be “honest.” As the authors summarized: “The oath or command of faithful execution to an office holder came to convey an affirmative duty to act … honestly … in the best interest of the public.” (Emphasis added.)

Accordingly, the language, history, purpose and widespread contemporaneous usage of “faithfully execute” one’s office show that the constitutional duty to “faithfully execute the office of the President” includes a duty to act honestly. Since the duty of “faithful execution” applies unconditionally to the office of the president, it applies to performing all the president’s official functions. Since communicating to the public is one of the president’s official functions, the honesty duty likewise applies to virtually all such communications.

Trump’s “repeatedly making false statements asserting that the presidential election results were the product of widespread fraud” were not to defend the national interest. To the contrary, his statements attacked the central pillar of American democracy: implementing the results of fair elections. Trump’s dishonesty was not to serve the national interest, but his personal and political self-interest in overturning the election’s results.

Furthermore, Trump had to have known that a pandemic would cause an economic recession or new Great Depression and therein it would reduce his odds of being reelected.

Far from the First Amendment giving any president the right to speak dishonestly to the American people, the Constitution itself imposes on the president a unique duty of honesty in carrying out his official functions. By repeatedly and falsely asserting to the American people that there had been widespread fraud and Covid-19 was not as dangerous as medical scientists were saying, Trump violated his constitutional duty of honesty.

Too many citizens do not understand what is meant by the duty of a president or other public officials to “faithfully execute.” Too many unassertive citizens lack the ethical courage in order to do their duty to insure justice is done, notwithstanding no law has been written making it a crime of accessory to a pandemic.

This crime of being an accessory to a pandemic (second degree murder or voluntary manslaughter) is a new incident such that our law makers never thought they needed to make a law to punish people who spread unscientific lies or refuting the advice of peer reviewed medical science.
(1)
Comment
(0)
show previous comments

SFC Melvin Brandenburg
1 mo
This is as stupid of a statement now as the first time. Possibly more stupid now because you keep saying this when obviously a rational person knows this is flatly incorrect.
(0)
Reply
(0)

It meets the bare minimum threshold of relevancy.

This member posts many similar comments on all types of threads, often going in many unrelated directions. If you prefer, you may choose to ignore or down-vote any posts that you don't feel are appropriate to your posted topic, and you may also choose to block him. I'll remove any posts that are clearly soliciting members, attacking members, or any other of the criteria for inappropriate posts.
(4)
Reply
(0)

CW3 Dick McManus
1 mo
LTC Kevin B. - It is hard for me to believe so many present or former military leaders to post some many stupid comments about Covid-19. They, just like Trumpster are accessories to a pandemic (aka second degree murder or voluntary manslaughter. So when will I get your support in insuring we pass a new law and/or prosecute Trump?
(0)
Reply
(0)
Read This Next
RallyPoint Home