Lt Col Charlie Brown
361
38
9
12
12
0
The Pentagon recently completed a $68 million acquisition of two new supercomputing platforms and related technical services that rank among its most powerful supercomputers ever and will be among the top 100 performers globally.

“These are significant assets,” Kevin Newmeyer, deputy director of the Defense Department’s High Performance Computing Modernization Program (HPCMP), told Breaking Defense. “They bring to us an increase in our computing capacity and the latest advanced chips for artificial intelligence work and storage to support applications of both computational and machine learning concepts within the same computer that we hope will deliver products and services to the warfighter faster.”

It’s the HPCMP’s job to give DoD military and civilian as well as defense contractor scientists, engineers, and technologists access to such supercomputers to solve some of the military’s most computationally complex problems.
The problems range from climate/weather/ocean modeling and simulation, space/astrophysical sciences, and acoustics to signal/image processing, data/decision analytics, and electronics, networks, and C4I systems. Newmeyer said the most common use case is computational fluid dynamics, which is required for making complicated calculations in areas such as aircraft and ship design and engineering.


“That’s about 150,000 computers all stacked together, operating as one thing,” Newmeyer said. “If you laid them end to end, you would work your way pretty much across the country.”

What does all that compute power get you? An additional 17.6 petaFLOPS, in total. FLOPS — or floating point operations per second — are the standard measure of a supercomputer’s performance. FLOPS are determined by how many real numbers a computer can process per second while accounting for the trade-off between range and precision of calculations. 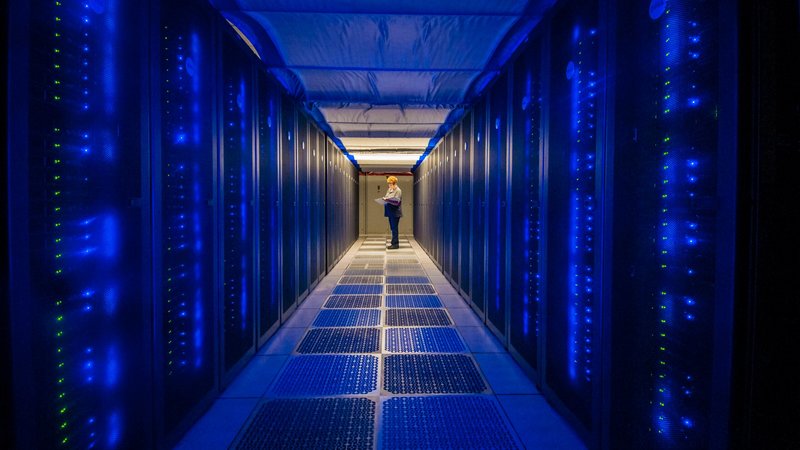 Sgt (Join to see)
Posted 1 mo ago
The big question is this: Who is supplying the chips? China? Japan, South Korea, who? We have given most of this Chip development & production to globalist entities!!!
(7)
Comment
(0)

GySgt Thomas Vick
1 mo
Damn good question, and are there any back doors supplied by China.
(1)
Reply
(0)

SMSgt Lawrence McCarter
1 mo
That is a very legitimate concern and unless some lessons are learned that will NOT end well. We need to be self contained and independent and able to continue with our own resource development. This is already a problem in the auto industry with chips from China being withheld and no equal process to make them in the US and new car sales halted as a result. It won't stop there either. Now they are trying to sell old cars that have the chips instead of new ones they can't get chips for. Sending everything overseas has a long term price not only on quality but their ability to cut us off whenever they choose. Our industrial leader and government official better wake up before it gets even worse and it will if the present path is continued.
(0)
Reply
(0)

PO3 Phyllis Maynard
Posted 1 mo ago
Lt Col Charlie Brown I hope those who are making life critical decisions are learning from history and this recent Taliban and 13 active duty deaths that our country cannot knowingly confer and do business deals with known or potential enemies.
(3)
Comment
(0)

PO3 Phyllis Maynard
1 mo
AN Tim Rafferty yeah, I do not know to consider us being sacrificed or just under the authority of cowards trying to save themselves.
(2)
Reply
(0)

GySgt Thomas Vick
Posted 1 mo ago
And who is supplying the chips.
(2)
Comment
(0)

SMSgt Lawrence McCarter
1 mo
Mostly overseas countries including Communist China ! That needs to change if We are to survive as a manufacturing nation or even as a world power. It's all about greed and corruption and people better wake up.
(0)
Reply
(0)
Show More Comments
Read This Next
RallyPoint Home