The reality behind Twentynine Palms Marine base 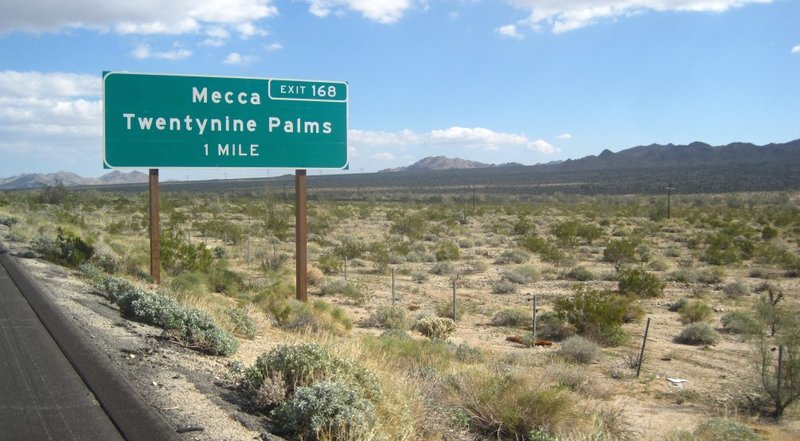 Originally published on desertsun.com:
--
After stargazing in the Mojave Desert, Cpl. Donald Fowler gunned the gas pedal on a desolate stretch of two-lane highway, a heavy metal song blaring through his speakers and the headlights of his yellow Ford Mustang piercing the dark.

At about 10:30 p.m. on the night of Feb. 7, 2011, Fowler and his passenger, Marine Sgt. Steven Afalla, headed home to the Marine Corps Air Ground Combat Center in Twentynine Palms.

Fowler had downed a few beers, but he wasn't drunk. In his pocket, he had a bottle of 20 Oxycodone pills, though he hadn't taken one that night. But he did have gabapentin, a seizure medication sometimes prescribed for anxiety, in his bloodstream. Mixed with alcohol, gabapentin can make you drowsy.

Fowler, who had been cited for speeding four times in seven years, rounded a curve on Highway 62 topping 90 mph.

The car went over a small hill and the front tires floated off the pavement. Fowler veered right onto a soft sand shoulder. He overcorrected, recrossed both lanes and slammed into a two-foot berm on the other side of the highway. The Mustang tumbled through the desert. The roof ripped off. A guitar flew out of the trunk, still in its case.

When the car stopped rolling, it was upside down. Afalla kicked open his door and squeezed through a narrow opening. He rushed to the other side of the car and tried to yank open Fowler's door. It barely budged.

Sand and shattered glass burned Afalla's eyes. He fumbled for his cell phone and called 911.

As he waited for the ambulance, he slumped against the car, smoked a Marlboro and pleaded with his friend.

Sixteen minutes later, Afalla saw flashing lights. Paramedics sprinted toward him. They asked if he was all right.

Afalla felt a hand on his back.

"We're going to focus on you now, sir," a paramedic said.

Fowler, a Purple Heart recipient who survived three deployments to Iraq, died on the side of Highway 62. He was 27.

His death is remarkable for its similarity to those of at least 27 other Marines who have died in off-duty vehicle accidents while stationed in Twentynine Palms since 2007. Five additional Marines who were visiting from other bases also died in the desert surrounding Twentynine Palms during this time period. Together, these fatalities represent more than 10 percent of all Marine off-duty vehicle deaths (305), since 2007, according to the Naval Safety Center.

The Twentynine Palms Combat Center is uniquely isolated: No other Marine base on U.S. soil places so many service members so far from major cities. The desert towns around the base are small, with few options for entertainment. Palm Springs is the closest hub for dining, night life, music, art or shopping, but the resort city sits about an hour from the base, an alluring oasis at the end of a long desert road.

That road is Highway 62, often called Twentynine Palms Highway, a 151-mile route that runs through the Mojave Desert from the Coachella Valley to the Arizona border. A dozen Marines have died on this road since 2007.

The Desert Sun examined each of these deaths during a yearlong investigation of non-hostile military fatalities in the desert. We analyzed thousands of pages of accident reports, autopsies and internal military reports, interviewed combat veterans, police and sheriff's deputies, scientists and doctors, and dozens of the many Marines and their families based at Twentynine Palms. Absent from our reporting is a response from the Twentynine Palms Marine commander. On three occasions over the past year, The Desert Sun has been denied requests to interview base commander Maj. Gen. David H. Berger.

Vehicle crashes are a large part of what makes this desert more dangerous for off-duty Marines than virtually every other Marine base in the United States, with fatality figures that rival war zones in Iraq and Afghanistan. Since 2007, the base in Twentynine Palms has suffered more non-hostile deaths, like car crashes and suicides, than war fatalities. Sixty service members from the base have died in war zones in the Middle East, but 64 have died on American soil, mostly in the High Desert, while either stationed or training at the base.

Car accidents and suicide are the most common causes of death, with alcohol abuse contributing to both causes. Marines who take their own lives while at the Twentynine Palms Combat Center are nearly twice as likely to be under the influence of alcohol as their counterparts at other Marine bases. Other deaths were caused by illness, training accidents, on-duty vehicle crashes, drownings, drug use and homicide. One Marine was shot to death during a drunken altercation with Palm Springs police.

Cpl Jeff N.
Posted >1 y ago
The location of the base has nothing to do with the accidents. The accidents are poor choices (in many cases) by people operating motor vehicles including the one in this story. What is the call to action? Shut down the base because people drink and drive, use drugs and drive, speed excessively on the roads?

LCpl Walter Kenna
3 y
I was in comm school 82-83. I particularly remember a hamburger joint called The Last Oasis but I can't find jack online about it. I remember having a burger called the roadrunner.
(0)
Reply
(0)

Capt Richard P.
Posted >1 y ago
No better place to train. The purpose of the Corps is to fight and win battles and to train Marines. This base helps with that. Irresponsible choices based around long drives are irrelevant.
(8)
Comment
(0)

SFC Mark Merino
Posted >1 y ago
I am assuming the author has never driven either of the 2 routes converging to Barstow Rd, which leads to the main gate of NTC (the Army's National Training Center). I challenge anyone to count the number of white crosses before they get to the main gate. Keep it under a million mph folks. The life you save may be your own.
(6)
Comment
(0)
Show More Comments
Read This Next
RallyPoint Home