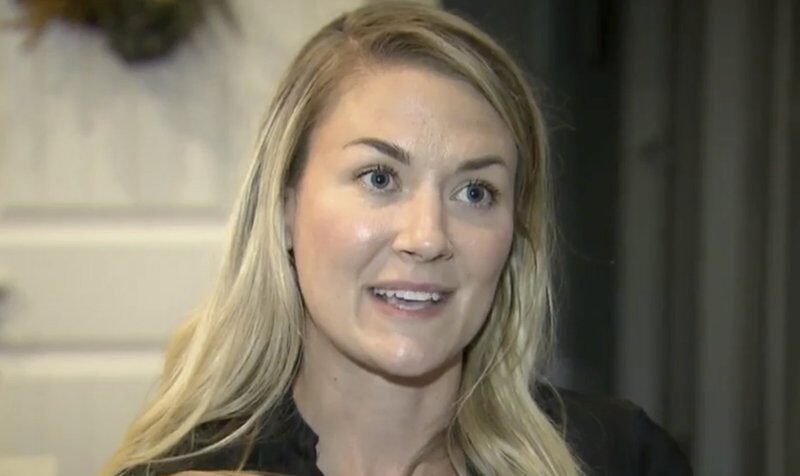 SFC (Join to see)
Edited 1 mo ago
Posted 1 mo ago
Bwa ha ha ha ha. She was just on FB yesterday talking about "My chain of command knows exactly what I'm doing and where I went." Trying to be all bad ass. Or how she was "within her rights" to do what she's been doing.

If you look her up, she's been doing a lot of craziness awhile. She started some group after parks were shut down when covid started. She went to a park and tore down the tape that was up. I think she got arrested for that too I can't remember.

This is why she thinks she was a private citizen when she did it:

"A Defense official told CBS News the Army is investigating how many soldiers from Fort Bragg accompanied Rainey to Washington. Rainey had resigned her commission after receiving a career-ending letter of reprimand for her actions at an earlier protest in the Fort Bragg area, Martin reports.

Because the process takes time, Rainey was still on active duty when she led a group of protestors to Washington and is due to leave the Army next month. Officials at Fort Bragg are now working to determine what other soldiers went to Washington and whether they were part of the mob that stormed the Capitol, Martin reports."

So she's not a private citizen. She hasn't been released from the Army and she knows it. She had a month left. But she's an idiot so...yeah.
(20)
Comment
(0)
show previous comments

SFC (Join to see)
1 mo
CPT Will Adkins Neither of those definitions helps you. Smh.

The "court of public opinion" isn't a real court.

Good grief. The things people want to argue about.
(0)
Reply
(0)

CPT Will Adkins
1 mo
SFC (Join to see) - Actually, both explicitly support my position if you apply basic English and the standard meaning of those words. If you think the second one supports your position, you are using the word 'especially' incorrectly as well. It would be an interesting academic exercise to understand where you see "exclusively by the judicial system" within the definition "to find or prove to be guilty."

You chose to argue the meaning of the word "convict" and "court of public opinion." Then chose to complain once your correction was debunked. My main point isn't the proper use of grammar, it is recognizing (in keeping with the topic) that some people are quick to correct others and make judgments without having all the facts. I'll let you get in the last word so you can feel good about it. Hope you have a great day.

"Court of Public Opinion" is indeed a real concept; as I pointed out, it just doesn't reside within the judicial system. It comes back to reading comprehension.

SSG Robert Webster
13 d
SP5 Richard Welch - Being at that rally violated that regulation? Really? And what specific item in the regulation was violated? What proof do you or others have that she was an actual participant in an insurrection and that she committed treason? It is apparent from your stance that you have no idea what you are trying to talk about.
Like I stated earlier - You are talking out your a--.
Especially since you can not cite even generally what part of the regulation that she supposedly violated.
(1)
Reply
(0)

CPT (Join to see)
1 mo
You are obviously just trying to make an anti-Trump statement. Thats all he is saying. You may not like Trump but he was/ still is the President. Not so dumb.
(0)
Reply
(0) 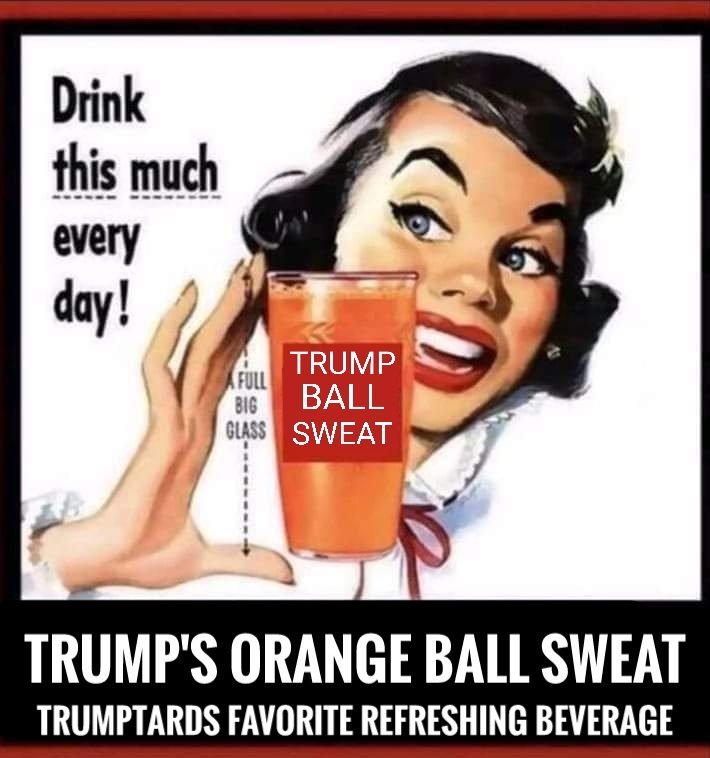 1. Since Army Captain Emily Rainey had already submitted her resignation for her commission before participating, was not in uniform, and was simply participating as a very concerned citizen, and was on leave; I certainly hope this investigation will find her not guilty.
2. The DoD regulations and UCMJ are focused on restricting]or limiting "how an individual may advocate on behalf of a political party, candidate, or elected official."
3. The demonstrations against widespread fraud [more than the usual fraud in every election] are primarily focused on rights of individuals and responsibilities of elected officials including judges.
4. Service members do not lose Constitutional rights while on active duty. Application of the Bill of Rights rights has been evaluated by the federal courts. [summary posted as a comment]
5. Hopefully the incoming Biden administration won't be prejudicial towards her case as the former Obama administration policy was prejudicial towards my 3rd BN/75th Ranger son.

Per https://www.court-martial.com/ucmj-and-politics.html
"Nothing in the rules prohibits or restricts a military member registering to vote or voting, or donating to politicians or political parties; that is the personal choice of each member. What the rules do restrict or limit is how an individual may advocate on behalf of a political party, candidate, or elected official. The greatest restriction is that Active-duty service-members are strictly prohibited from military voting including campaigning for political office or actively taking part in a political campaign - even behind the scenes. This is generally known as partisan political activity: an "activity supporting or relating to candidates representing, or issues specifically identified with, national or State political parties and associated or ancillary organizations."

Per the fox news article you posted my friend Robert.
"Rainey said she attended the Trump rally while on leave and didn’t advertise that she was an Army officer. She said Sunday that her commanders had not inquired about her time in Washington, but she did not immediately respond to a subsequent inquiry about the Army’s investigation.
"I told my bosses before I went that I was going, and I told them when I got back," she said.
Members of the U.S. military are permitted to take part in political organizations and events out of uniform. However, there are caveats. The Department of Defense directive prohibits active-duty service members from sponsoring partisan organizations
Capt. Emily Rainey, 30, had already resigned from her commission before traveling to D.C. last week, CBS News first reported Monday. Though, the resignation process takes time, and she was therefore still on active-duty Wednesday. She reportedly offered her resignation after receiving a career-ending letter of reprimand regarding her involvement in a different protest in the Fort Bragg-area last year.
Commanders at Fort Bragg are reviewing Rainey’s involvement in last week’s events in the nation’s capital, but she said she acted within military regulations and that no one in her group broke the law."

Free Consultation - Call (800) 401-1583 - Philip D. Cave is dedicated to serving our clients with a range of legal services including Military Justice and Court-Martial cases. UCMJ and Politics - US Military Justice Lawyer

LTC Stephen F.
1 mo
SP5 Richard Welch considering 'let's all walk down to' the Capital to be a directive as opposed to a suggestion is over-the-top IMHO.
1. The POTUS does not direct citizens - He does direct military service members through the chain of command as well as personnel military aides.
2. Sheeple blindly follow. We saw that in BLM/Antifa riots since March 2021 and in some COVID-regulation protests since.
3. Many people in the crowd on January 6 were not local. Being able to walk down the street to the capital area would have been a treat for many.
4. If many felt directed by the POTUS to rush down to the Capitol and interfere with electoral college process, I expect they would have hurried there instead of walking more leisurely.
5 I live 30 miles away but have not traveled there for the past few months because of the violence which has escalated coincident with the COVID threat keeping many tourists away.
Is my commentary reasonable? Lt Col Charlie Brown MAJ Dale E. Wilson, Ph.D. Maj Bill Smith, Ph.D. LTC John Shaw SMSgt David A Asbury MSgt Robert "Rock" Aldi SPC Nancy Greene TSgt Joe C. TSgt David L. Cpl (Join to see) SGT Jim Ramge, MBA MCPO Roger Collins
(4)
Reply
(0)

SP5 Richard Welch
1 mo
LTC Stephen F. you use the term sheeple for peaceful protestors that were attacked by National Guard, Federal Law Enforcement, and local law enforcement. Yet these domestic terrorists were simply tourist on a walk to the Capitol Building. Tourist with plastic cuffs, weapons, gallows, defecating and urinating in Capitol Building and on statue's in rotunda. They murdered a law enforcement officer and severely injured other's. Trump suggested? He said let's walk done to the Capitol Building and show our strength and displeasure with stolen election? Sheeple? Apparently you agree with domestic terrorisim and are afraid to say so. You claim to have instructed your troops on UCMJ over your career, and yet you lack a basic understanding of the UCMJ and it's purpose. You claim Trump doesn't command citizen's? Either you lack a basic understanding of US Government and it's functions, or you choose to be blissfully ignorant for your own political beliefs. It's your choice to disagree with peaceful transfer of power, assault and murder of a law enforcement officer, and other officers being attacked. Sheeple? You are an example of everything wrong with our military after over 20 years of endless wars. You seem to believe only part of society has a right to peacefully protest. Have you forgotten the calls for the VP to be hanged as a traitor by the domestic terrorists attacking Capitol Building? Guessing ignorance is bliss, and apparently from your comments you have no issue with citizen's and free press in America being attacked and assaulted, unless they are Forever Trumpers. Politics have no place in the military period. I have many friends that have served in the modem era of military, and many of them tell of the disconnect between senior officers, discipline, and actions towards lower ranking individuals. You seem to embody all of them, and that's extremely disturbing. I will agree to disagree, and allow you to self identify as a supporter of domestic terrorists.
(0)
Reply
(0)

SP5 Richard Welch
1 mo
LTC Stephen F. no maskers are domestic terrorists and put all at risk because of a misconception about Constitutional Rights. The cast majority of No Maskers are far right, and support Trump. Apparently black lives don't matter to you, as you point to citizen's upset about murder of other citizen's sheeple. I can see clearly why rape, and murder are at all time highs in modern military. Apparently you don't, which is disturbing because of your rank.
(0)
Reply
(1)

SSG Robert Webster
1 mo
SP5 Richard Welch - And what unlawful order was given? Nothing that President Trump said at the rally could be construed as an unlawful order.
(1)
Reply
(0)
Show More Comments
Read This Next
RallyPoint Home