Pelosi calls for fair Senate trial, does not reject withholding articles of impeachment

SFC (Join to see)
953
57
28
9
9
0
To say that a fair trial is needed, I agree....but to turn around and say we will hold off on giving the Articles of Impeachment unless a fair trial is given....that just seems a little shady. 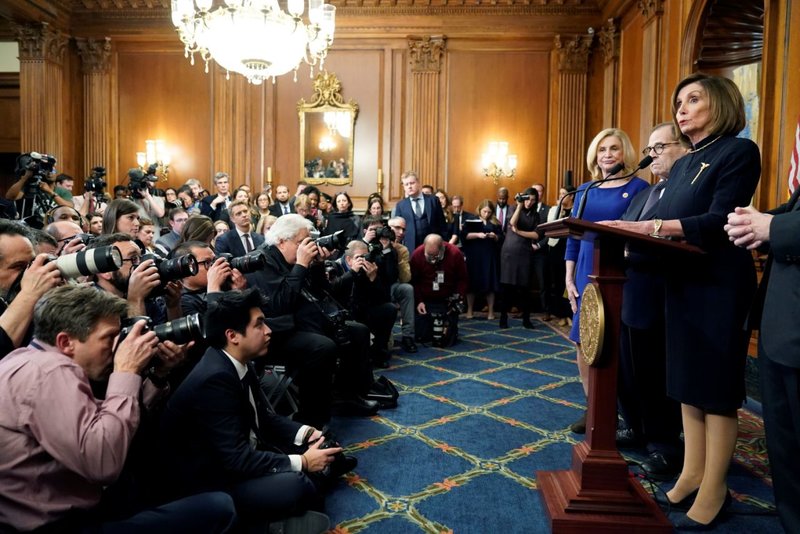 Pelosi calls for fair Senate trial, does not reject withholding articles of impeachment

1SG (Join to see)
Posted 9 mo ago
If I were Senator McConnell, I would wait as long as Nancy wants to take up impeachment. They are up against the calendar, so sit on it if you want.
I wouldn't play ball one iota if I were him. The House did it's part, so they can butt out.
(5)
Comment
(0)

Maj William W. 'Bill' Price
9 mo
1SG (Join to see) Agreed. I wonder if this wasn't the strategy all along. Last night, it was "we must do this now", "do our duty", "clear and present danger" and all that. Now? Wait and see if there will be a fair trial? I don't expect Cory Booker, Bernie Sanders, Kamala Harris, or Elizabeth Warren are fair and open minded on the question. No...the blemish has been established for the 2020 election. The last thing Democrats want is an acquittal. I don't think the Articles will ever be passed to the Senate.
(1)
Reply
(0)

1SG (Join to see)
9 mo
Maj William W. 'Bill' Price - I disagree that they'll hold them forever. That would just piss off everybody, especially the ravenous "impeach 45" crowd.
(1)
Reply
(0)

CMSgt (Join to see)
Posted 9 mo ago
Fair and politics do not make good bedfellows.
(3)
Comment
(0) 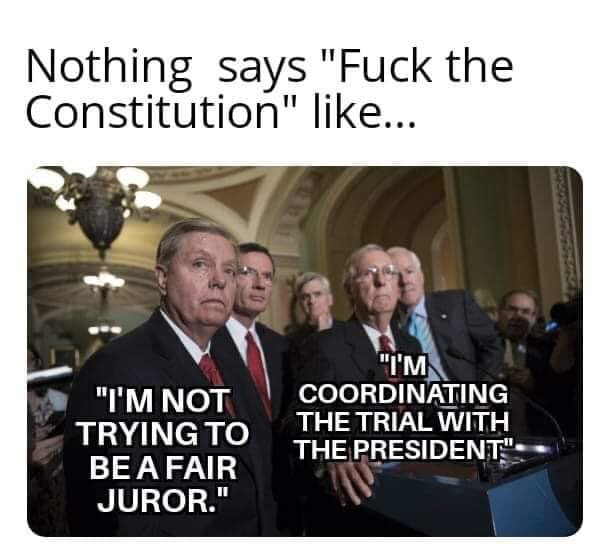 Cpl Jeff N.
9 mo
They should be as fair as the House was which was a joke. This impeachment thing is dead in the water and we all know it. You will not get a removal. Trump will be your president today, tomorrow, and the dems have almost guaranteed him re-election.
(0)
Reply
(0)

SFC (Join to see)
9 mo
Cpl Jeff N. -
I don't think removal has ever been the goal. Personally, I don't want him removed from office.
Pence is a far worse option. He's a zealot who wants to install a theocracy. Worse, as an actual politician, he actually knows how government works. He knows how to play the game.
Trump is at least limited by his own incompetence so its mostly a self correcting issue. The courts have been handing him L's left and right simply because he doesn't know what he's doing. he's incompetent, but he's incompetent in such a way that the damage he causes is limited somewhat.
Pence is capable of far worse without getting caught, or at the least, playing the game well enough that he's never held accountable.
Trump is who he is and he never lied about it. He wore his racism and misoginy on his sleeve. He is the greatest mirror reflecting the true nature of the US that we've ever had.
We got precisely what a lot of people voted for.
If someone hands a monkey a loaded AK 47 and the monkey shoots up a crowd, I can't be mad at the monkey. He's just a monkey. You blame the idiots that gave the monkey the weapon in the first place.
Hating the monkey is silly. Trump is being Trump.
(3)
Reply
(0)
Show More Comments
Read This Next
RallyPoint Home