Is the airborne concept outdated? 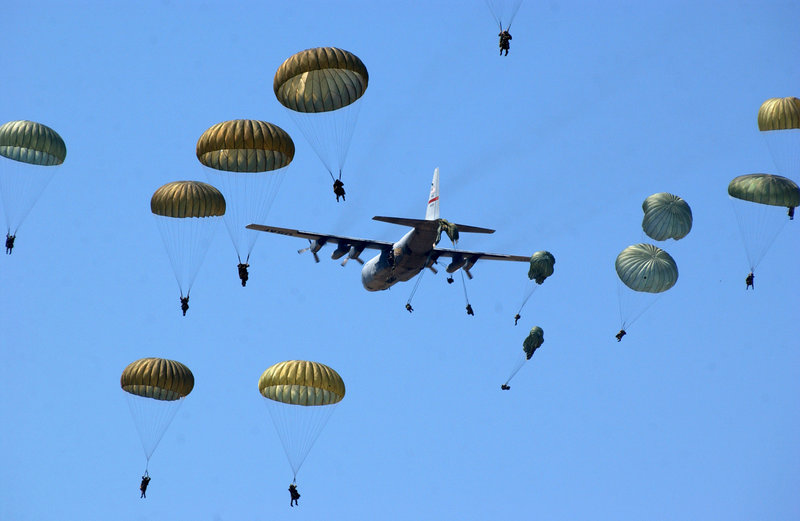 Is the airborne concept outdated? In almost 14 years of war has there been any parachute deployments of troops into a combat zone?
Posted in these groups:

COL Charles Williams
Posted 5 y ago
CPO Gregory Smith Excellent question. I would say no, for certain instances. It is capability we need to have in our kit bag. It is essential for special operations, in the HALO (This happens daily) mode for getting to places quietly... I believe for the Army, in a traditional static line sense, we need to maintain several BCT (Brigade Combat Teams) on jump status, and the Ranger Regiment and Battalions for those times when we may need to do a force entry. We need that capability. We don't need what we had before 911, where all of Fort Bragg was on jump status... Not just the Brigades of 82nd, but all the helicopter pilots (?), MP Brigade, Engineer Brigade, and the Support Command... I always thought that was redunk... and often argued with people about why do we need helicopter pilots, fuel handlers, the MP Brigade Commander (Colonel) on jump status, or the 3 Star 18th Airborne Corps Commander and Staff.... are they really jumping in on an initial forced entry operation?

All we need is the Airborne Brigade Combat Team(s), and its habitual support slices. That is where we are now. The 82nd grew a Brigade after 911, which is going away, so there will be 3 Brigades at Bragg. The Ranger Regiment, 1st, 2nd, and 3rd Battalion, are Special Operations Command and have a different focus. We have a an Airborne BCT in Alaska, Hawaii, and Italy. Do we need the remaining? Yes, but the size of the Army will dictate how many we can afford. The 101st Airborne Division is not an Airborne unit anymore.

During Operation Just cause, Army Colonels were trying to bump PFCs off of birds, so they could get a combat jump... The 82nd MP Company jumped in... and then tried to borrow trucks (1025 HMMWVs) from the MP units on the ground... MPs are not very useful on the battle field without the trucks, weapons platforms, or radios... Silliness.

CPT Dave Brest
9 mo
I agree wholeheartedly. Although we hate to “lose” the storied history of divisions like 82 and 101 , the flexibility of the BCT of the 173rd are more practical. They can add or subtract assets as required . In addition, there remains the need for the special operations units mentioned about.
(0)
Reply
(0)

CPT Jan Milles
9 mo
You already lost the 11th in the sixties served in Munich-with her until we became 24th. Div Met up with her one more time on Sandhill at Benning, only to see her turn into 11th Air Assault Div and later into 1st Cav Div.
(0)
Reply
(0) 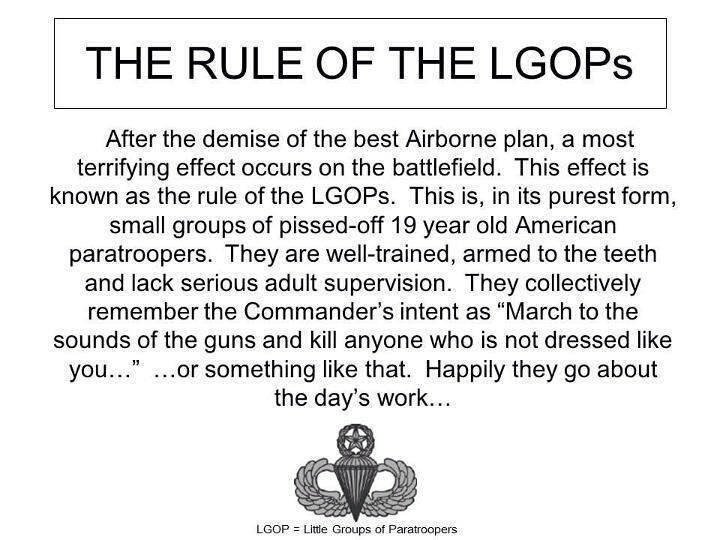 The Airborne will always be a decisive factor in a battle. It does not matter if we jump, walk or are brought in by helicopter. The light Infantry tactics are always necessary. Being Airborne, while just a method of being inserted into an area, is also a mindset, that those NAPs (Non-Airborne Personnel) will never know!
(124)
Comment
(0)
show previous comments

SSG (Join to see)
2 y
The necessity of light infantry tactics isn’t as much of an argument for airborne units as much as it is for light infantry units.
(3)
Reply
(0)

SGT (Join to see)
2 y
You don’t need airborne to be light infantry or have good leadership.... I’ve seen this quote before and it’s still retarded.
(3)
Reply
(0)

PFC Gerald Bailey
2 y
I was artillery when I was in. I have also have done quite a bit of reading myself on this. The Airborne units have a light infantry mindset that can actually turn the tide of a battle to our advantage. Yes. Definitely keep some airborne units.
(0)
Reply
(0)

1SG Gene Roddy
2 y
The idea behind this "retarded" quote, and why we should maintain Airborne insertions as a capability isn't simply the "light infantry mindset", but the ability to take that light infantry element and put them exactly where we want them in a denied/hostile area where a rotary wing insertion isn't feasible. Light infantry mindset, leadership and tactics aren't worth a whole lot when your force is having to truck (or walk) miles in just to get to the operating area and "happily go about the day's work". Getting them there is indeed more than half the battle, and why the capability should be kept in the tool kit.
(1)
Reply
(0)

SPC Jan Allbright, M.Sc., R.S.
3 y
GySgt Wayne A. Ekblad - There is a joke that Marines and Paratroopers have one thing in common ... they both want to be Paratroopers :)
(0)
Reply
(0)
Show More Comments
Read This Next
RallyPoint Home