Females fail first phase of Ranger experiment. What are your thoughts? 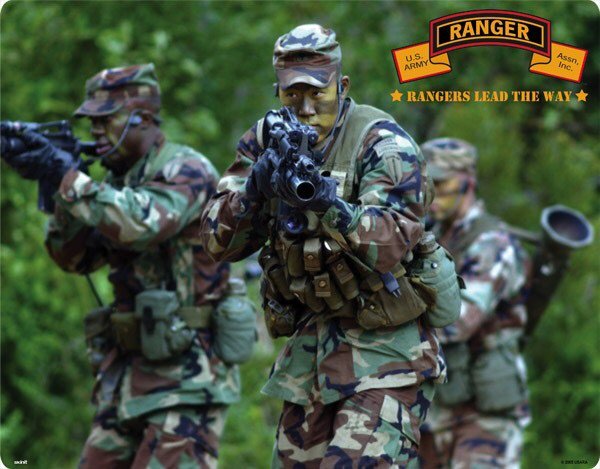 The Army announced that the last of the female candidates for Ranger school have failed the first experiment. Of course, according to the Christian Science Monitor, this has sparked a debate about whether or not the standard is realistic.

The Rangers are the best of the best, and being a Ranger means passing a physical test that pushes body and mind to the breaking point. If women can’t do it, the argument goes, then they shouldn’t be Rangers.

But there is another opinion quietly being voiced as well: that Ranger School is more akin to a rite of passage – an opportunity for men to “thump their chest,” as one Ranger puts it – than a realistic preparation for leading in war. That women can actually make Ranger units more effective. And that the standards that keep them out are outdated.

Of course, I predicted this debate when the idea was floated about allowing women into the elite forces – that when women didn’t meet the minimum standard, it would be because the standard was unrealistic. That’s why I was pulling for one or several women who would complete the school successfully at the current standard. The whole point for Ranger School is not create chest-thumping neanderthals, it’s to create or test leaders under combat conditions without an actual enemy shooting at them. It is to create conditions that test a student’s ability to successfully complete the mission even though he, and his subordinates, are exhausted, famished, and sore.

Rangers have to be able to operate at 100% far from any other American troops, with all of their equipment to survive and fight on their backs and their only means of arriving at the battle or the objective of their mission is their own two feet. So where do you compromise the standard?

Of course, Ray Mabus, the Navy Secretary, is ready to throw the SEALs under the bus;

Secretary of the Navy Ray Mabus told the Navy Times this week that once women start attending SEAL training, it would make sense to examine the standards. “First, we’re going to make sure there are standards. Second, that they are gender-neutral, and third, that they have something to do with the job,” he said.

Why would there be a standard if it had nothing to do with the job? Obviously, Mabus doesn’t know what he’s talking about. But we knew that from some of his other stupid decisions in that job.

All 20 of the women who took part in this experiment have nothing to be ashamed about. A lot of men didn’t make the standard right along side of them. I hope and encourage the Army to continue to allow women to try and make the standard, but a lot of soldiers depend on the current standard to be led by only the best graduates of those schools and lowering the standard has nothing to do with chest-thumping and everything to do with bringing soldiers home safely from war? According to statistics, only 3 percent of the U.S. Army is Ranger-qualified..

http://www.foxnews.com/politics/2015/06/01/none-8-remaining-female-candidates-pass-first-phase-ranger-school/
Posted in these groups:

Women in the Military
Posted >1 y ago
Responses: 20

Capt Richard P.
Posted >1 y ago
The proliferation of women and combat topics is astounding. I dotn think there's actually much debate in the military itself. Here there are two camps: "same standards, same treatment, equality" and "not in my Corps/Army etc".
(8)
Comment
(0)

Maintain the standards. Those who pass deserve the Tab. Those who don't, don't.

I predict the Army will buckle to pressure and change the standards for women or, perhaps, for everyone, to ensure women can be awarded a Ranger Tab. I hope that is not the case, but I fear it is inevitable. The Army tried to do it the right way and none passed. Now they will be pressured to have some pass. With the current Administration, the Army will be forced to do it.
(6)
Comment
(0)
show previous comments

COL Jean (John) F. B.
23 d
SSG Paul Headlee - Me too, buddy...
Inwouid not survive in today’s kinder/gentler, gender neutral Army.
I have never been accused of being a politician.
(1)
Reply
(0)

SPC (Join to see)
Posted >1 y ago
Politicians need to let the Army run the Army. Nobody was crying about the standards before. It's supposed to be hard. Somewhere out there, there's a woman who can meet the standard. We shouldn't lower the standards because certain candidates have hello kitty bandaids on their booboos.
(5)
Comment
(0)
show previous comments

SPC (Join to see)
>1 y
SGT (Join to see) I don't doubt that. Most men fail the course. If enough women try, eventually someone will make it. A big salute to those who tried.
(0)
Reply
(0)

SPC (Join to see)
>1 y
I try not to. I've seen a woman come into the army in my AIT who enlisted the day before her 42nd birthday max out her pt test doing well enough to have gotten 300 points for 18 yr old male. I bet she could have done it. I've also seen females who fell out of a run before we got out of the parking lot, another one dragging her weapon around like a dog. Her NCO allowed it for whatever reason. There should be one standard. We shouldn't lower the standard because it's too hard for someone.
(1)
Reply
(0)

SGT (Join to see)
>1 y
It's too hard on everyone. Knowing what to expect makes everyone understand their expectations.
(0)
Reply
(0)
Show More Comments
Read This Next
RallyPoint Home