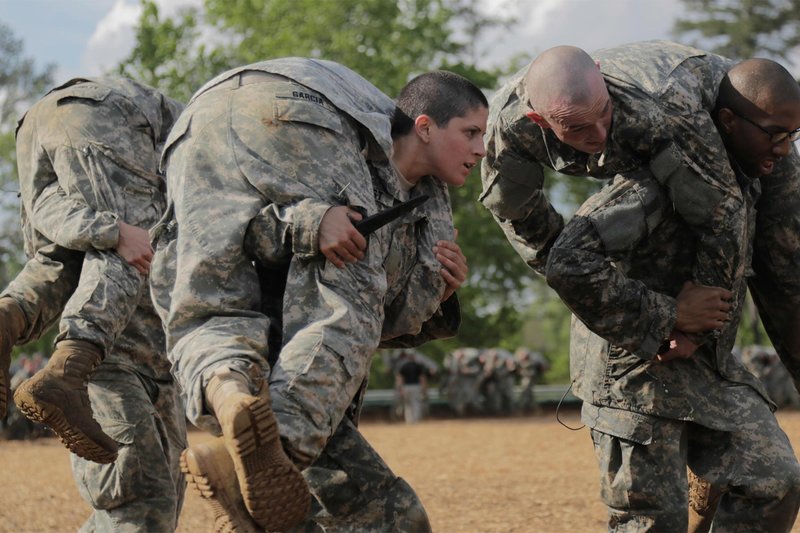 SPC David Stephenson
Posted 1 mo ago
My big concern for women is the impacts on their bodies due to rather intense exercise needed to compete with tier-1 operators. Intensive exercise is associated with a unique set of risks for females. One particular area is related to hypothalamic dysfunction which is associated with strenuous exercise. This results in a disturbance of GnRH pulsatility, and can result in delayed menarche and disruption of menstrual cyclicity. Some may say whatever women not having to deal with periods in the field is not necessarily a bad thing but there may be long term effects that need to be considered by any females looking to cowboy or more appropriately cow-women up.

As well their is a bone density issue. Women are far more likely to develop low bone density and osteoporosis than men and while I'm not a doctor I feel confident in saying this could as well lead to injures or at least impact women negatively in a highly demanding op tempo.

However with that being said I think we need to look as well at other militaries that have added females into their combat arms as many other countries have been able to make this work to some degree of success.

As well with rescinding of the 1988 “Risk Rule” women have been allowed to serve in all positions except those engaged in direct ground combat roles; subsequently, women have been able to serve in almost all Air Force and Navy positions since the mid-1990s. (except submarines and some small vessels). This has allowed more female sailors and airmen to achieve general officer rank than their soldier and Marine counterparts. So there is as well an impact on the CoC. Point being I feel Air Force and Navy will have a leg up in integrating women into their ranks due to the CoC being comprised of more females.

In knowing this if I had a daughter considering joining the military I'd try to steer then toward AF or Navy.

Effects of intensive training on menstrual function and certain serum hormones and peptides...

The aim of this study was to assess the effects of intensive training on menstrual function and related serum hormones and peptides.Forty female participants who attended a training course for an officer at the Korea Third Military Academy, and had regular ...

Lt Col Charlie Brown
1 mo
I think it is a bad idea. I don't approve of lowered standards for firemen, police, military specialities....there's a reason we made those standards tough. Usually it has to do with needed strength to move wounded or injured, or equipment, etc. You have to be able to take your share of the load.
(2)
Reply
(0)

SGT (Join to see)
Posted 1 mo ago
I’m curious about something. Why is the soldier in the center doing a fireman’s carry also holding what appears to be a knife or bayonet?
(0)
Comment
(0)

SPC David Stephenson
1 mo
I think they are working on hand to hand combatives?
(0)
Reply
(0)
Read This Next
RallyPoint Home