Can you apply for IT internships at SFL TAP on a rotation?

What can I expect while doing a rotation in Poland as an 11B? What are items to bring, things to study for before going, etc.?

What is the appropriate response for Ashli Babbitt?

You Really, Really Need to Update Your iPhone and Other Apple Devices

Your Next iPhone Could Have 1 Terabyte Of Storage

PO1 William "Chip" Nagel
369
7
1
4
4
0
https://www.npr.org/2021/06/13/ [login to see] /trump-justice-department-subpoenaed-apple-for-info-on-former-white-house-counsel
The Justice Department secretly subpoenaed Apple in February 2018 for account information of then-White House Counsel Don McGahn, as well as his wife, and secured a gag order barring the company from telling them about it, according to a person familiar with the matter.

It is unclear what the Justice Department was investigating or whether prosecutors actually obtained any of McGahn's account information, the individual said on condition of anonymity due to the sensitivity of the matter.

Apple informed the McGahns of the subpoena last month after the gag order expired. The company did not immediately respond to a request for comment. The Justice Department declined to comment.

It is highly unusual for the Justice Department to subpoena the records of a sitting White House counsel. The news of the subpoena, which was first reported by the New York Times, comes days after it emerged that the Trump-era Justice Department had also subpoenaed Apple for communications metadata of at least two Democratic members of the House Intelligence Committee, as well as current and former staff and family members as part of a leak investigation. 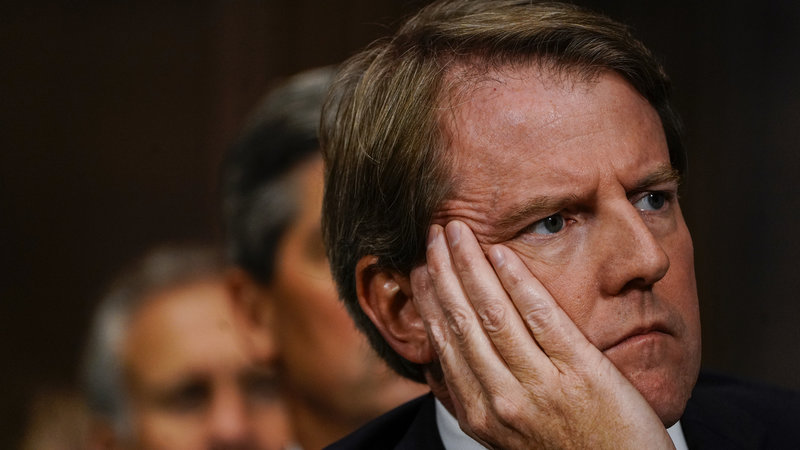