How does it work going through airport security with your service uniform?

Being a Military Spouse is a Lifelong Commitment

What is the longest you have heard of someone lingering around in Basic training?

New York Times Outs CEO’s Who Aren’t Voicing Anger Over New Voting Laws Delta and Coca Cola are among those who did not sign the peti...

PO1 William "Chip" Nagel
253
6
1
5
5
0
The Georgia State House passed a bill that would eliminate tax breaks for Delta Airlines for jet fuel. The vote was 97-73 and moves onto the state Senate.

In a memo Wednesday, Delta Air Lines CEO Ed Bastian told employees that Georgia’s new voter suppression law was “unacceptable” and “based on a lie” of widespread fraud in the 2020 presidential election. He was also joined by Coca-Cola’s CEO, who also called it “unacceptable.”

Atlanta is the home to a major Delta Air hub, and in the past, the company has flexed its muscle in various political arguments. In a feud with the NRA, which is filing for bankruptcy protection, Delta attacked the group after the mass shooting in Parkland, Florida, that killed 17 students and faculty. During that 2018 battle, Georgia Republicans eliminated a proposed tax break to the company for being located in Atlanta. 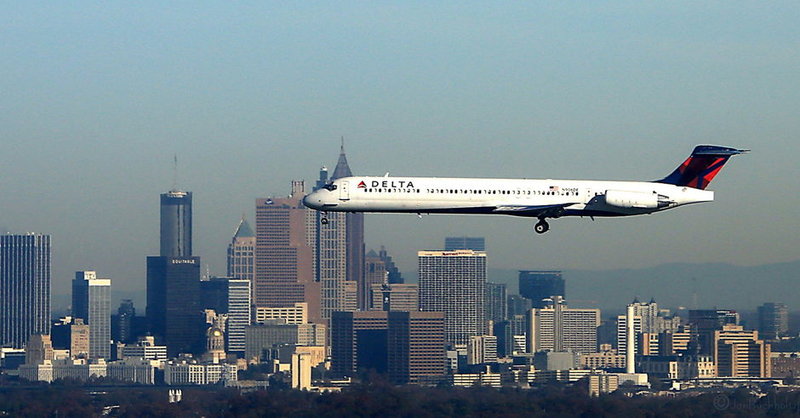 Posted from thenewcivilrightsmovement.com
Posted in these groups: Delta Air Lines

SP5 Frank Hartless
Posted 1 mo ago
If Delta decides to move then the lawmakers of Georgia will realize they screwed up.
(1)
Comment
(0)
Read This Next
RallyPoint Home