How does it work going through airport security with your service uniform?

Being a Military Spouse is a Lifelong Commitment

What is the longest you have heard of someone lingering around in Basic training?

New York Times Outs CEO’s Who Aren’t Voicing Anger Over New Voting Laws Delta and Coca Cola are among those who did not sign the peti... 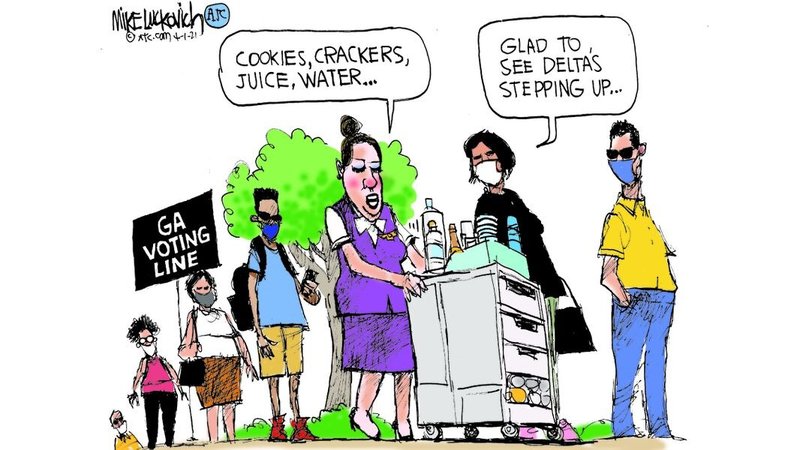 Lt Col Scott Shuttleworth
Posted 1 mo ago
Problem with outsiders bringing food and water to electors is that they wear BLUE or RED shirts, buttons that say unions for BIDEN or farmers for Trump...either way, if you know there are going to be lines, bring your own stuff.
(2)
Comment
(0)
show previous comments

Capt Gregory Prickett
1 mo
Lt Col Scott Shuttleworth - Do you understand what electioneering is? And that it's prohibited in all states? That if you can't hand out campaign literature or talk to voters within a certain distance of the polls, you can't get around it by wearing colored shirts and giving away water.

This isn't about electioneering, that a BS line for the low-information supporters, it's about keeping blacks and other minorities from voting.
(1)
Reply
(0)

Lt Col Scott Shuttleworth
1 mo
Capt Gregory Prickett - Food and water is not an race issue...seriously. Take some personal responsibility and prepare yourself for voting...if this is allowed people will get around the electioneering laws because they are selectively enforced and in some places never enforced. This topic has nothing to do with race.
(0)
Reply
(0)

It's just like the situation in North Dakota from 2018 and voter ID.

After it's been done once, don't piss on my leg and tell me it's raining.
(1)
Reply
(0)
Read This Next
RallyPoint Home