Can you use State Tuition reimbursement while on federal orders?

Anyone currently stationed at SOCOM?

As a 68C about to start 41 weeks for AIT phase 2 at Walter Reed (WRNMMC): What are the barracks/living conditions like for IET enlisted?

From Military to the Corporate World: Finding Passion and Purpose

Can someone earn an EIB if they are in an infantry unit, serving in the role of an infantryman, but their MOS is not 11B?

SPC (Join to see)
1.23K
17
4
6
6
0
MY COMMENT, "My first-hand conversations with senior executives of businesses and in one case an HR department found that this was true in many cases. Having said that the sources were based on opinions without any direct involvement in working with veterans or having served themselves. The Duke study used hypothetical resumes for some of their studies. That alone should disqualify that portion of the study as this would be deemed second-hand information based on someone's thought of what a veteran's resume would read. Other areas of study were completed in the same fashion.

Duke is considered a liberal University and has its biases. Some of that can be seen by Duke releasing this so-called study prior to the completion of its research. Aaron C Kay is a Professor of Psychology & Neuroscience at Duke and has completed many research projects. A few have been on the military of which none were positive, and another on Guns as a Source of Order and Chaos. While some of his research has been well received by institutions he has zero experience outside the University systems.

Personally, I would have to discredit this study as incomplete, biased, and fraught with second and third-hand information used to determine what they call facts.

ARTICLE:
Just based on their resumes and cover letters, veterans’ military service is working against them when they apply for jobs in certain fields, a new study says.

The study — conducted by Duke University’s Fuqua School of Business and released Sept. 24 — found employers believe veterans are less suited for jobs that involve social-emotional skills and interacting with people than their non-veteran counterparts.

Veteran service organizations like American Legion, however, take issue with the study, saying it promotes the stereotype of veterans as brooding malcontents.

The study, which was comprised of a total of 10 smaller surveys evaluating perceptions of veterans in the workforce, also consistently found employers and others rated veterans as a better fit for jobs working with things rather than people. Employers, managers, and lay people participated in the surveys.

“When choosing between two equally-qualified job candidates, the average person and even prospective employers show a tendency to prefer the applicant without military experience for jobs requiring social-emotional abilities,” Aaron Kay, a Fuqua management professor and senior author of the research, said in a Duke news release.

For example, Duke partnered with a “large North American restaurant chain” where 265 employees evaluated samples of hypothetical resumes of veterans and non-veterans for a dishwasher, a prep cook, and a bartender.

Other surveys included in the study compared perceptions of veterans and non-veterans with average people not involved in hiring, and found similar results. 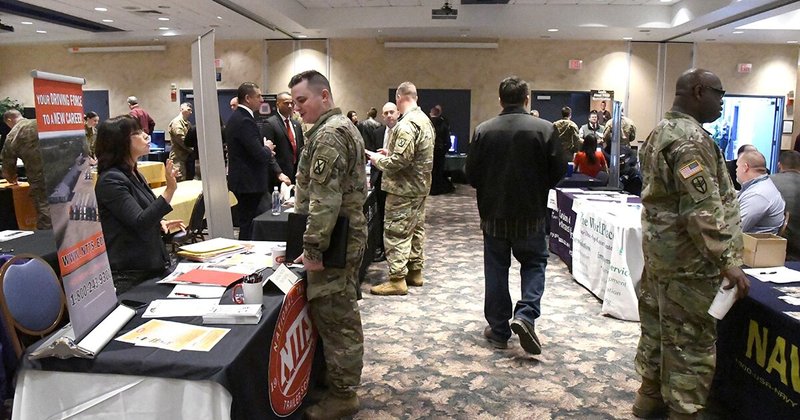 AB Edward Mondini
Posted >1 y ago
An unfortunate report.
In American corporations, did you know it’s easier for a college grad to get into management positions than a high school grad?
One reason this is so is due to the discipline required to complete one’s studies & attain a degree.
So why couldn’t the exact same rationale be applied to veterans? Someone who spent time in the military brings with them a resumè of discipline, achievement, time management & organizational skills. A veteran is certainly qualified for management positions.
It’s unfortunate that certain people in HR are unable to appreciate the suite of skills veterans bring to the workplace.
(2)
Comment
(0)
Show More Comments
Read This Next
RallyPoint Home