I was medically retired and I feel there's post service things I have forgotten to do. What is the recommended best course of action?

What does a 91J do on deployments?

Can a platoon sgt tell a female soldier that she is required to wear a bra when in civilians?

Can I be forced to shave if I have a shaving profile?

White Farmer Sues Biden Administration for Racist Coronavirus Relief Plan From the story: Adam Faust, a disabled farmer, is one of five p...

Standoff unfolds between Wisconsin and U.S. Navy over statue of a badger

In 5-2 ruling, the Wisconsin Supreme Court keeps thousands of voters on the rolls

PO1 William "Chip" Nagel
248
7
1
6
6
0
https://www.jsonline.com/story/news/politics/2021/04/09/wisconsin-supreme-court-keeps-thousands-voters-rolls/ [login to see] /
The Wisconsin Supreme Court ruled Friday that state election officials do not have to quickly take people off the voter rolls when they suspect they may have moved.

The 5-2 ruling means the Wisconsin Elections Commission will not force tens of thousands of people off the rolls near a major election, such as the 2022 contest for governor and U.S. Senate.

From the outset, the case has been fraught with politics. Conservatives who brought the lawsuit said they wanted to make sure the state's voter lists are accurate, while Democrats and election officials warned a change in state policy could result in some voters being bumped off the rolls when they shouldn't be. 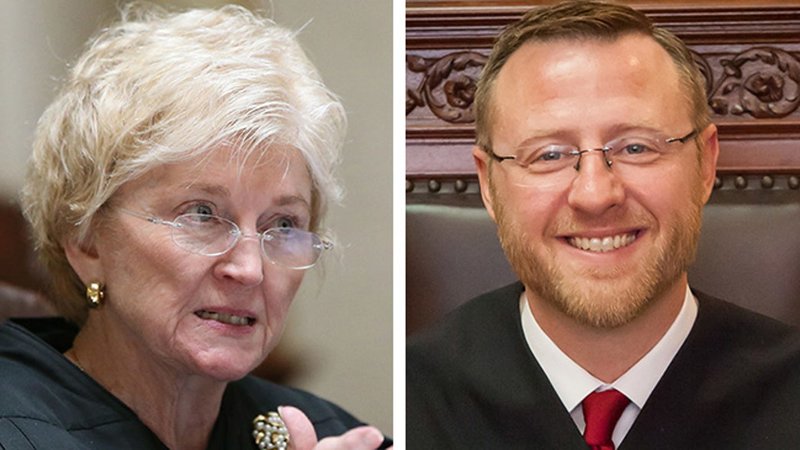 In 5-2 ruling, the Wisconsin Supreme Court keeps thousands of voters on the rolls

Posted from jsonline.com
Posted in these groups: State of Wisconsin