As a 35S, what should I major in while attending college?

Do I need to render a salute to an officer when my hands are occupied?

How long does a complex medical prescreen take for MEPS to complete?

Do security forces from the Air Force get stationed at Pope AAF?

Capt. Asbury ‘Sandy’ Coward IV, a Navy officer and aviator who directed candidate guidance at the... 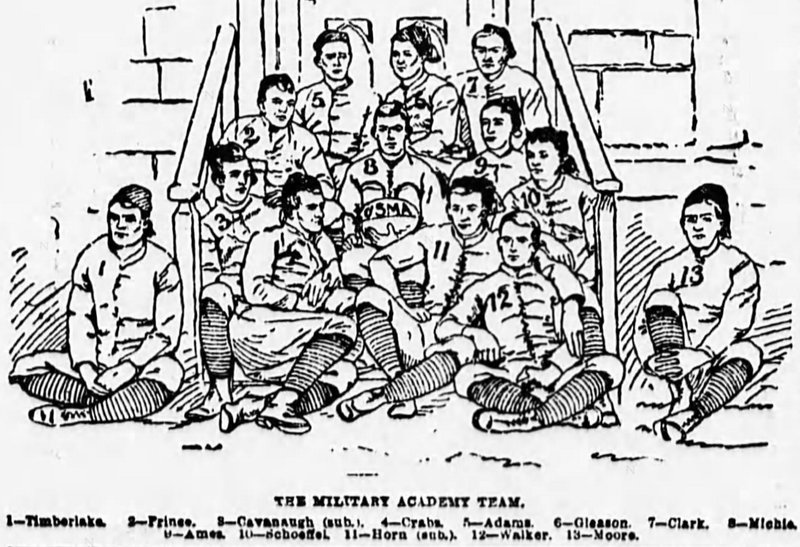 James Thaddeus Moore (Left end), class of 1892, served in the Infantry, rose to the rank of Major, was a veteran of the Spanish-American War, the Philippine Insurrection, Cuban Pacification, and the Punitive Expedition. He died on active duty at Fort Bliss, Texas, 14 May 1916.

Joseph Thaddeus Crabbs (Left tackle), class of 1891, served in the Cavalry and later Quartermaster, rose to the rank of Major and retired for disability in 1908. Ran the New York City railways from '08 to '15. Served during World War I as a Colonel in the National Army. He died on 11 Mar 1929 and was posthumously promoted to Colonel.

Truman Oscar Murphy (Left guard), class of 1891, served in the Infantry, was a veteran of the Spanish-American War, Philippine Insurrection, and World War I. He served as a Brigadier General during the Great War, retired as a Colonel in 1921, was promoted to Brig. Gen. from the retired list in 1930, and died in Washington, D.C. on 1 Sep 1938. For his service in WWI he was awarded the Distinguished Service Medal and a Silver Star Citation in Cuba.

Sterling Price Adams (Center), class of 1892, served in the Cavalry, was a veteran of the Philippine Insurrection, and commanded various training units during World War I. He retired as a Colonel in 1922 for disability and died in San Antonio, Texas on 7 November 1947.

John William Heavey (Right guard), class of 1891, served in the Infantry, was a veteran of the Puerto Rican Expedition, Moro Expedition, Cuban Pacification, and served in the Militia Bureau during World War I. He retired as a Brigadier General in 1931 after 40 years of service and died in Washington, D.C. on 18 Nov 1941.

Frances Henry Schoeffel (Right tackle), class of 1891, served in the Infantry and Judge Advocate, was a veteran of the Spanish-American War, China Relief Expedition, Philippine Insurrection. He retired for wounds as a Major in 1903, and later served as a Lieutenant Colonel during World War I at the Hoboken Port of Embarkation. He was awarded a Silver Star Citation, Purple Heart and Distinguished Service Medal. He died at Marion, Massachusetts on 15 Sep 1957.

Leonard Morton Prince (Right end), class of 1892, served in the Infantry. He died in Chicago, Illinois on 1 November 1895.

Kirby Walker (quarterback), class of 1892, served in the Cavalry, was a veteran of the Philippine Insurrection, commanded an infantry regiment and infantry brigade in World War I when he was awarded a Silver Star. He retired as a Colonel in 1928 and died in San Diego, California on 10 Jan 1960.

Edward Julius Timberlake (Left half back), class of 1893, served in the Artillery Corps and Quartermaster Corps. He retired at the rank of Colonel in 1933 and died at MacDill Air Force Base, Florida on 27 Nov 1950.

Butler Ames (Full back), class of 1894, served in the Infantry and resigned his commission in 1894. He served as a Lieutenant Colonel of Volunteers in the Puerto Rican Expedition and served as a U.S. Congressman from Massachusetts from 1903 to 1913. He was a Major General in the Massachusetts State Guard during World War I. Treasurer and Director of Wamesit Power Company; Vice President and Director of Ames Worsted Company. He died in Tewksbury, Massachusetts on 7 November 1954.

Dennis Mahan Michie (Right half back), class of 1892, served in the Infantry, veteran of the Spanish-American War where was killed at San Juan on 1 Jul 1898. Michie Stadium at West Point was named in his honor.
Posted in these groups: 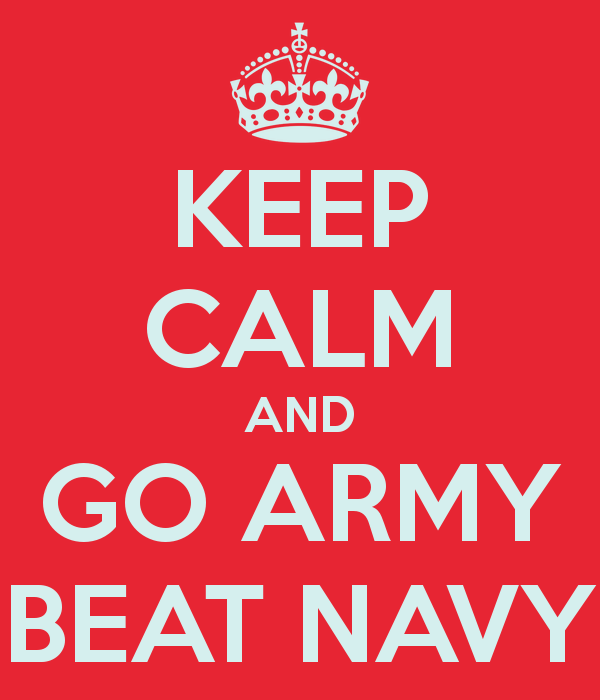 Let me hasten to add that I don't really care who wins.

Every year the cadets are bursting blood vessels to win and Navy just runs away from them.

Capt Walter Miller
>1 y
If the Marines were helping the Army, Army would probably win.

Capt Walter Miller
>1 y
That's not in the cards though.

SGM David W. Carr LOM, DMSM MP SGT
Edited >1 y ago
Posted >1 y ago
I loved working the Army-Navy even more than regular football games while stationed as an MP at West Point. The atmosphere during the games was highly charged. I worked the Superintendent's box.

The mule detail had to travel with the all important mules especially when a goat went missing.

the Ben Franklin hotel was truly party central the night prior and after the game.
(5)
Comment
(0)