Should the Military reconsider the tradition of requiring a 4-year degree to act in an official capacity as a commissioned officer?

Ten missles were fired into an Iraqi U.S. & Allie occupied Base. Should President Biden Retaliate?

Michael Flynn. Convicted felon. Should he still receive benefits as a retired military general? Should he now be court-martialed?

What advice would you give for renting or purchasing an RV to help with a PCS move?

As a Inter-Service transfer from the Air Force with an approved Army Class 1 flight physical will I still need to do a MEPS Physical?

Capt Marty Hogan
2K
46
8
21
21
0
James George Stavridis (born February 15, 1955)[2] is a retired United States Navy admiral and the current dean of the Fletcher School of Law and Diplomacy at Tufts University, a graduate school for international affairs.[3] Stavridis serves as the chief international diplomacy and national security analyst for NBC News in New York.[4] He is also chairman of the board of the U.S. Naval Institute [5][6] and a Senior Fellow at the Johns Hopkins University Applied Physics Laboratory.[7]

Stavridis graduated from the U.S. Naval Academy in 1976. While in the Navy, Stavridis served as the commander, U.S. Southern Command (2006 to 2009) and commander, U.S. European Command and NATO Supreme Allied Commander Europe (2009 to 2013).[8][9] the first Navy officer to have held these positions. Stavridis earned a Ph.D and Master of Arts in Law and Diplomacy from The Fletcher School of Law and Diplomacy at Tufts University in 1984, where he won the Gullion Prize.

Stavridis retired from the Navy in 2013 after thirty-seven years of service and became dean of The Fletcher School in the summer 2013. His book The Accidental Admiral, describing his time in the Navy, was published in October 2014. His book "The Leader's Bookshelf," published in 2017, describing the top 50 books that inspire better leadership was a #1 best seller in Amazon's "Literary Bibliography and Indexes" category.[10] A second book published in 2017 is called "Sea Power: The History and Geopolitics of the World's Oceans, published by Penguin Press. Shortly after publication, "Sea Power" was Amazon.com's number one bestseller in the national security and naval/military history categories[11]. It opened at #9 on the Washington Post non-fiction bestseller list.[12] He is an associate fellow of the Geneva Centre for Security Policy and a member of the Inter-American Dialogue.[13][14]

He was considered as a potential vice-presidential running mate by the Hillary Clinton campaign in 2016 and as a possible U.S. Secretary of State by President-elect Donald Trump in the fall of 2016.[15][16] 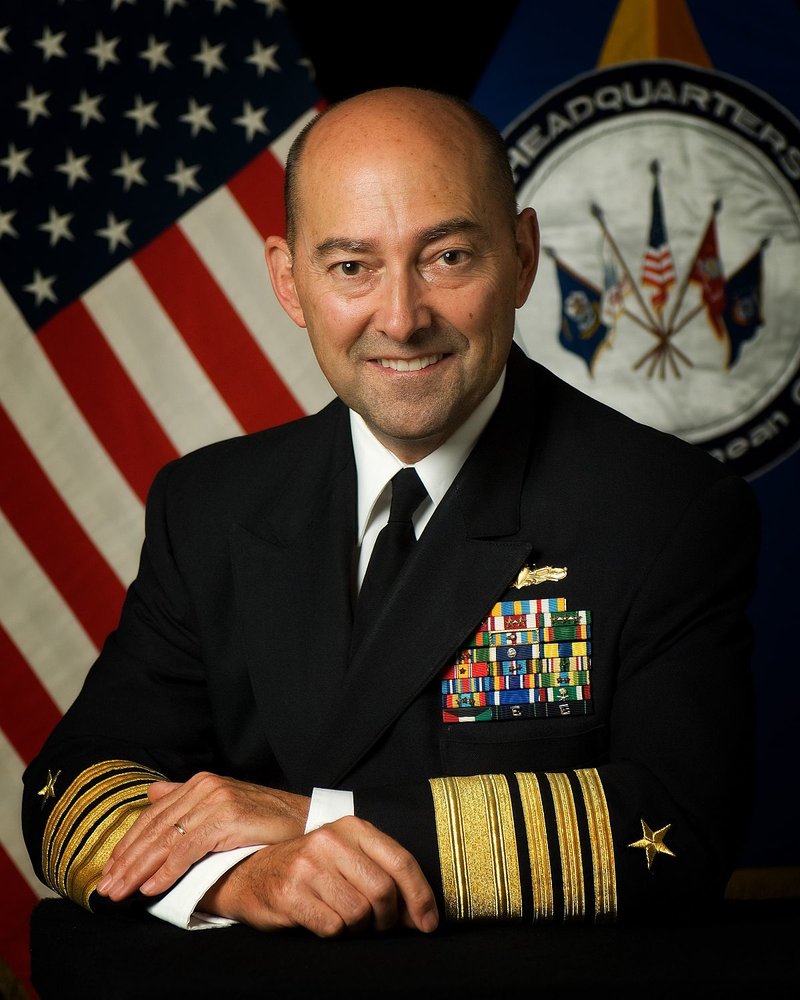 BirthdayFletcher School of Law and Diplomacy

Admiral James Stavridis: Sea Power: The History and Geopolitics of the World's Oceans

From the time when the ancient Greeks and the Persians clashed in the Mediterranean, sea power has determined world power. Naval power has been a driver of h...

Thanks Capt Marty Hogan for letting us know that February 15 is the anniversary of the birth of retired United States Navy admiral and the current dean of the Fletcher School of Law and Diplomacy at Tufts University James George Stavridis who serves as the chief international diplomacy and national security analyst for NBC News in New York.
Happy Birthday James G. Stavridis with many happy returns!

Admiral James Stavridis: Sea Power: The History and Geopolitics of the World's Oceans
"From the time when the ancient Greeks and the Persians clashed in the Mediterranean, sea power has determined world power. Naval power has been a driver of human history and a crucial element in our current geopolitical path. Admiral James Stavridis takes us with him on a tour of the world’s oceans from the admiral’s chair, showing us how the geography of the oceans has shaped the destiny of nations.
Admiral James Stavridis, USN (Ret.) spent over 35 years on active service in the Navy, including nearly four years as the first Navy officer chosen as supreme allied commander for global operations at NATO. After retiring from the Navy Stavridis was named the dean of The Fletcher School of Law and Diplomacy at Tufts University in 2013."
https://www.youtube.com/watch?v=BiAVRi6Q2X0
FYI COL Mikel J. Burroughs LTC Stephen C. LTC Wayne Brandon LTC Bill Koski Maj Bill Smith, Ph.D. Capt Seid Waddell Capt Tom Brown MSG Andrew White SFC William Farrell SFC (Join to see) SSgt Robert Marx PO1 William "Chip" Nagel SGT John " Mac " McConnell SP5 Mark Kuzinski SP5 Robert Ruck SPC Margaret Higgins SGT Charles H. Hawes SGT (Join to see) SGT (Join to see)
(8)
Comment
(0)

SMSgt Dr. G. A. Thomas
Posted 3 y ago
Thanks for sharing this bio