How could a Chief of Police shoot his wife while sleeping?

SMSgt Dr. G. A. Thomas
6.76K
53
42
5
5
0
A Chief of Police in Georgia shot his wife while she was sleeping. He called 911 and reported it. How could this happen? How can your glock go off without you purposefully pulling the trigger?
Posted in these groups:

There is no such thing as an accidental discharge, only a Negligent Discharge. Or a lie.
(4)
Comment
(0)

SGM Erik Marquez
6 y
SMSgt Dr. G. A. Thomas "There is no such thing as an accidental discharge, only a Negligent Discharge. Or a lie"

Yes, or almost.
I thought the same thing for about 28 years.. then as part of my duties as the Regional Command East JOC SGM,,,, I had to receive and review all of the ND's .. US, French, Polish and Afghan.. After seeing and reviewing many, many ND's over the year.. I have to say I saw my first "accidental discharge"
The weapon, a M249 was knocked off a dirt wall by incoming mortar and direct fire ... when it struck the ground some many feet below it discharged...injuring one US one French SM.The weapon was not in the direct control of a service member because he had been struck in the chest by an incoming round.

Capt Richard P.
4 y
SGM Erik Marquez Well put. 99% of the time its an ND or a lie. That 1% can be a malfunction. In training I had a SAW (M249) that would fire every time it was racked. I told the instructors, they thought I just didn't know what I was doing. Then another Marine had the same thing happen, took it to the armorer, worn sear.
(1)
Reply
(0)

I much as I would love to say this was an accident, I am having a very hard time believing it. If the weapon discharged once, then maybe, but it discharged twice. The glock has on average a 5.5 lb trigger squeeze. So you can not just give it a gentle tap to have it fire. He contradicted himself during the 911 call, and said he was sleeping.

Now if it was an accident, and if he was sleeping, what was he dreaming about. Does this police officer have a history of PTSD from on the job events? And if so was he properly treated? He did recently encountered an home invasion that has him on edge?

SMSgt Dr. G. A. Thomas
6 y
You're correct. As a former police for 12 years, I was shocked by this. The wife will also help fill in the blanks.

After the investigation, I believe he will be doing time for this crime.
(3)
Reply
(0) 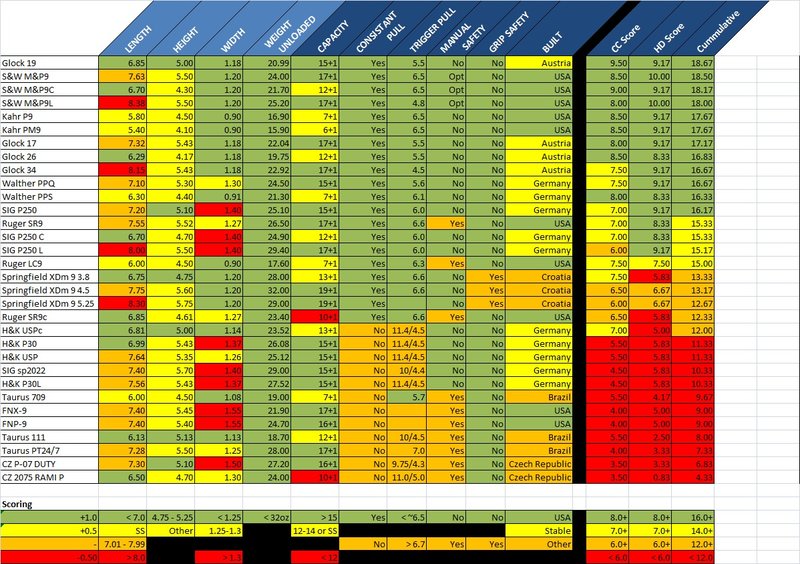 TSgt Joshua Copeland
Posted 6 y ago
Glocks, while great guns, have always scored low on safety ratings due to no external safety and light trigger pull. That said, you can't blame the gun itself.
(3)
Comment
(0)

TSgt Joshua Copeland
6 y
absolutely, but once it is there, it takes half the trigger pull compared to say a 92FS.
(0)
Reply
(0)