Capt Marty Hogan
2.05K
99
16
25
25
0
Peter Pace (born November 5, 1945) is a United States Marine Corps general who served as the 16th Chairman of the Joint Chiefs of Staff. Pace was the first Marine officer appointed as chairman, and the first Marine officer to be appointed to three different four-star assignments; the others as the 6th Vice Chairman of the Joint Chiefs of Staff from October 1, 2001, to August 12, 2005, and as Commander-in-Chief, U.S. Southern Command from September 8, 2000, to September 30, 2001. Appointed chairman by President George W. Bush, Pace succeeded U.S. Air Force General Richard Myers on September 30, 2005.

Secretary of Defense Robert Gates announced on June 8, 2007, that he would advise the President to not renominate Pace for a second term. Pace retired from the Marine Corps and stepped down as chairman on October 1, 2007. He was replaced by Chief of Naval Operations Admiral Michael Mullen.[1][2] 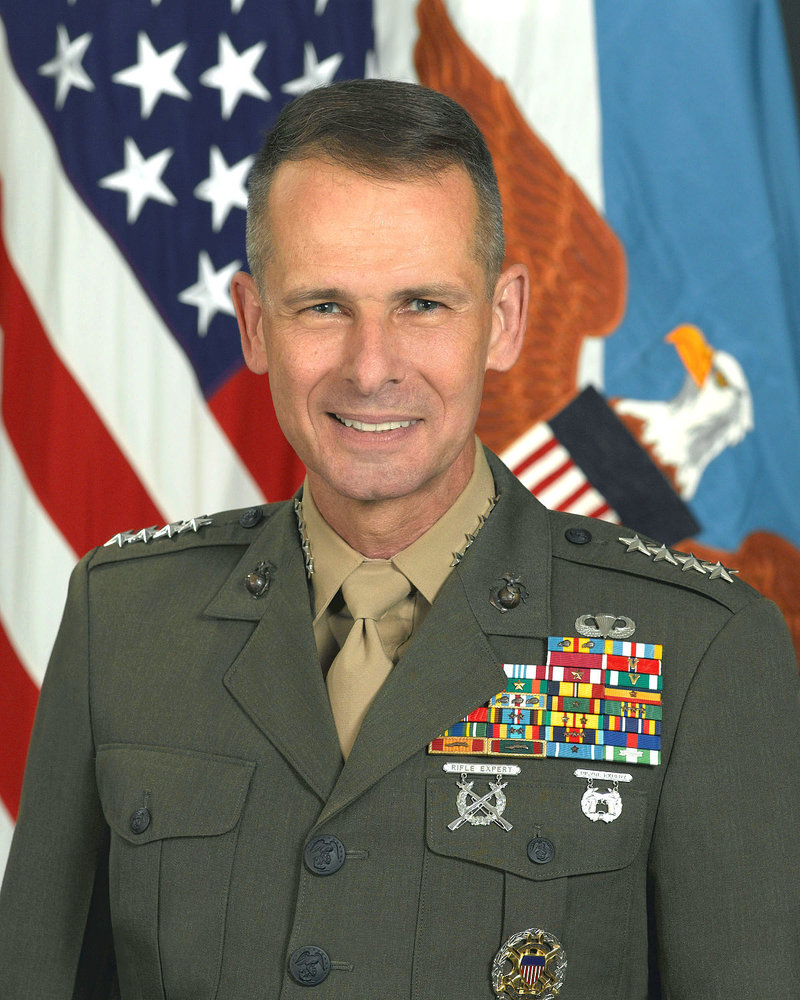 Chief of Staff
Edited 8 mo ago
Posted 11 mo ago
Responses: 10

Lt Col Charlie Brown
Posted 11 mo ago
Definitely one of the few, the proud, the leaders!
(8)
Comment
(0)
Show More Comments
Read This Next
RallyPoint Home