Quote of the day
The cave you fear to enter holds the treasure you seek.
—Joseph Campbell

A universe underground
When Vietnamese farmer Hồ Khanh stumbled upon this cave in 1991, it was immediately clear the gaping mouth led to a huge, dark, untouched chamber, complete with a free-flowing underground river. What couldn't have been apparent to him then was that this cave, now known as Sơn Đoòng, is by far the world's largest by volume.

Lacking gear to explore the cave further, Khanh could only wander back home and tell friends about his discovery. But he was unable to retrace his steps to the cavern, his tracks engulfed by the jungle. Relegated to rumor, the cave went unexplored for almost two decades until a visiting team of British cavers caught wind of Khanh's tale. In 2009, Khanh led them to Sơn Đoòng after a long search, and explorations commenced that found the cave was vast beyond anyone's expectations.

Sơn Đoòng is over 1.5 billion cubic feet in volume, with its main chamber 650 feet high, almost 500 feet wide, and stretching more than 3 miles, large enough to fly a Boeing 747 through—but look out for the 15-story stalagmites. One of the cave's massive dolines—sunken, sun-exposed sections like the one seen here—hosts an entire rainforest ecosystem. And that's just what we know so far: Cave divers have yet to fully explore Sơn Đoòng's subterranean river, and the discovery of vast passages found as recently as 2019 has only added to what's known of the cave's enormity. 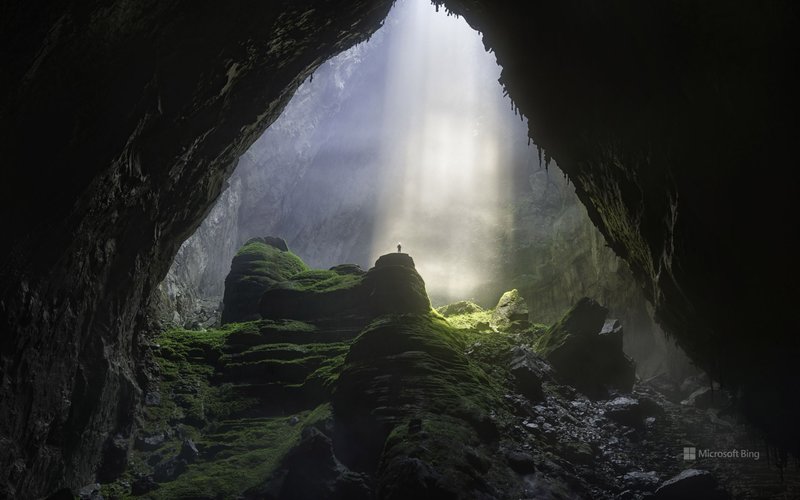