Quote of the day
The ruins of time build mansions in eternity.
—William Blake

The ruins of a Maya superpower
Deep in the jungle of southern Mexico lie the ruins of a city that thrived for centuries before it was abandoned more than 1,000 years ago. Calakmul was once one of the two dueling superpowers—along with Tikal—of the Classic Maya civilization. At its height, around 1,200 years ago, the city of Calakmul had a population of about 50,000 people, but the kingdom as a whole numbered more than 1.5 million. Archaeologists have uncovered 6,750 structures here—the largest is this pyramid temple, called, simply, 'Structure 2.' It's one of the tallest and most massive remaining structures from that highly advanced culture. The ruins of the city proper cover nearly 8 square miles in the jungle and the kingdom once ruled over settlements as far as 90 miles away.

All the more amazing, then, that Calakmul was apparently lost to history until an American botanist named Cyrus L. Lundell discovered it when flying over the jungle on a survey of the area in December 1931. A few expeditions were sent to explore it over the next few years, but it went largely unstudied until the 1980s. Calakmul is now recognized as one of the most important archeological sites in southern Mexico. 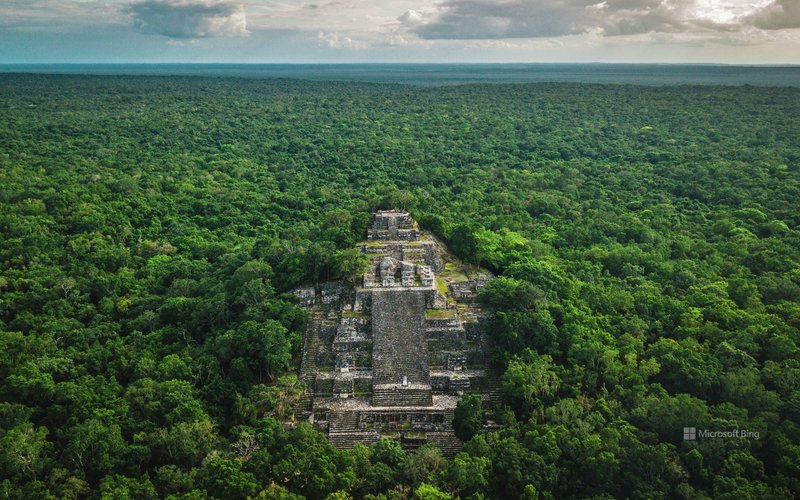 PVT Mark Zehner
Posted 1 mo ago
Thank you for the remembrance!
(6)
Comment
(0)
Show More Comments
Read This Next
RallyPoint Home