In The Fight Against COVID, Health Workers Aren't Immune To Vaccine Misinformation — NPR 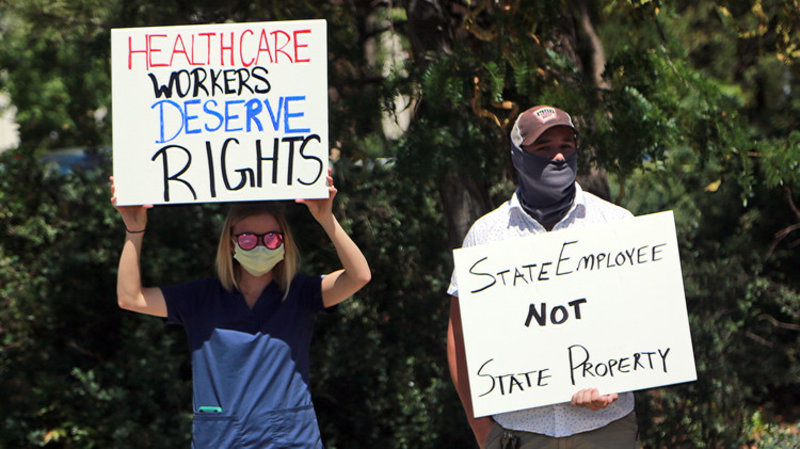 In The Fight Against COVID, Health Workers Aren't Immune To Vaccine Misinformation — NPR

SFC Randy Hellenbrand
Posted 1 mo ago
I wonder how many of them will cause the death of children??
(9)
Comment
(0)

Custer planned using several pure assumptions and got his ass kicked. That is the same approach anti-vaxxers use. The Custer method. They base their COA on assumptions.
(7)
Comment
(0)
show previous comments

SGM Erik Marquez
1 mo
MAJ (Join to see) - I really do apricate that..
I know I can be short in my responses, and at times sarcastic if I don't edit myself.. But I was sure I was really just posing a question for us all to ponder in a respectful way up above so confused in the response I got.
(1)
Reply
(0)

SGM Erik Marquez
1 mo
MAJ (Join to see) - I have read all that I can find, I will admit though educated at the college level and beyond, I do not understand all of the flat data I have read that led to the positions many doctors and scientist have.
For a good part of the data, test results, and metrics, one that is not in the field of research for this kind of thing MUST simply assume the "experts" are correct in how they gathered and read the data to come to their conclusion. So again, the majority of the world is making an assumption that those doctors and scientists are absolutely correct. and an assumption those doctors and scientists did not miss something, and an assumption there will not be long-term side effects that will only be observable in years to come.
The doctors and scientists advocating vaccination for COVID 19 are about the only ones that can really say they "know" vaccination is the best solution, the rest of us are assuming they are correct. BTW Medical Errors are the Third-Leading Cause of Death in the U.S...So we know doctors get it wrong more than just occasionally.

Scientists told us Agent Orange would not harm those that applied it, worked with it, were casually sprayed with it.... They were wrong.

Scientists told us, asbestos was safe to use for heat and fire abatement... They were wrong.
How many other medicines, chemicals, products have been found AFTER years of use to be harmful or deadly to those exposed?

So my point is, the majority of us without a scientific research capability and training in this field are assuming the experts are right, the vaccination is safe and assuming the Scientists did not miss anything and assuming there are no long-term effects.

I think I made an educated assumption to be vaccinated. But I can not condemn another for looking at the same consumer level available information and coming to a different conclusion when you include the clear data doctors and scientists have been wrong before many times.
(1)
Reply
(0)

MAJ (Join to see)
1 mo
SGM Erik Marquez - I apologize for not responding to your last post. I am tired and weary about all the current events. It’s like endless drama. I am worn out.
(1)
Reply
(0)
Read This Next
RallyPoint Home