How would you react to an E2 who "smart mouths" you in formation? 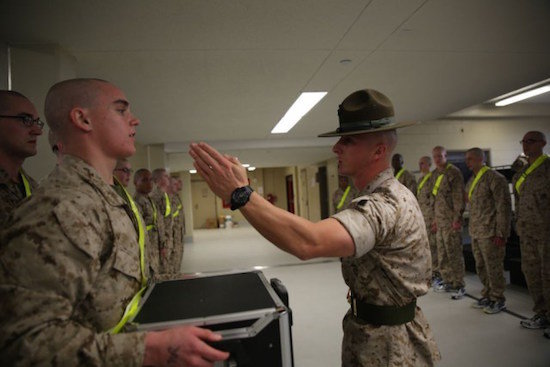 Here's the background. You're a senior E5. Your troops are in formation and you're handing out work for the day. You hand out an assignment to a fresh E2 with less than a year in and only a few months at your command. They blatantly complain and tell you to choose someone else. You calmly tell them they will do this task and they tell you to shove it and give it to someone else. How do you react?
Posted in these groups:

GySgt Kenneth Pepper
Posted >1 y ago
It must be nipped in the bud quickly and without hesitation. Having had a few minutes to think about it, here goes....
PFC Shitbird and his team leader stand fast. All others fall out and carry on.

Have PFC Dipshit stand by while I ensure his team leader knows what my expectations are; "Instant obedience to lawful orders. Period. Any other answer is unacceptable. The fact that PFC Dipshit thinks it is okay to open his trap is a direct reflection of your leadership. Take a look at how you are leading and determine how this could happen."

To PFC Dipshit; "If you have decided to end your time in the military you have chosen a sure-fire method. If you do not comply with lawful orders, it will eventually end with you on a bus headed for home. But only after spending the next few weeks/months becoming the example of what not to do. If that is what you want, we will go there. If not, get your ass moving on what you were ordered to do."
(2.5K)
Comment
(0)
show previous comments

TSgt Ralph Schloss
6 d
When did E-2 become PFC, first of all? Secondly I would ream his ass in front of God and country making sure everyone knew that this does not happen on my watch with out severe consequences! What the hell kind of military outfit are you running?
(0)
Reply
(0)

GySgt Kenneth Pepper
6 d
TSgt Ralph Schloss - Who the f**k do you think you are talking to. I answered the Petty Officer's question about "what would you do?". If you don't like my answer kiss my ass.
Google a USMC rank chart. E2 is a Private First Class. I think I am qualified to know rank structure. Do some research before making an ass of yourself again.
And by the way, I'm not running any military outfit. Retired after 21 years. Uncle Sam thanks me for it every month.
(0)
Reply
(0)

GySgt Kenneth Pepper
3 d
TSgt Ralph Schloss - I got better shit to do than fuck with a loser troll. Bye.
(0)
Reply
(0)

CPL(P) (Join to see)
Edited 3 y ago
Posted >1 y ago
Praise in public, punish in private. "You stand fast after formation." Give him a chance to explain insubordination. Mandatory counseling. If he is defiant in private after getting the chance then burn him. ART15. Sometimes people are defiant because something happened and they feel out of control so they try to take it wherever they can no matter how inappropriate. Sometimes a wife cheated or a parent died. Sometimes the hospital calls and congratulates you on having cancer. To outright burn a Joe without gathering the facts is irresponsible and we would want someone breathing down our neck to take that extra moment to consider what might be going on too. If it's nothing more than attitude and a shitty personality then by all means light that dead Christmas tree and know you probably saved lives downrange.
(1.4K)
Comment
(0)
show previous comments 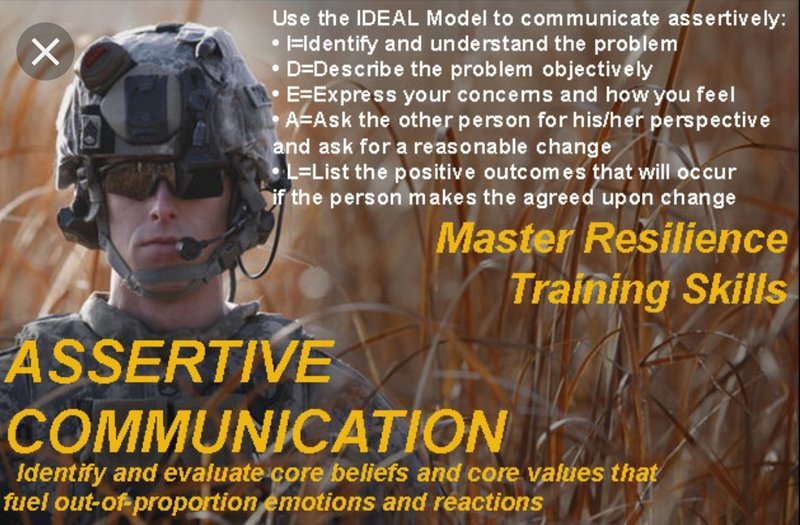 CPL Quinton Reed
1 mo
SPC Chris Ison - well unless the nco can be shown as not acting under the orders of an officer then the chain of command stands as the order from an officer. it also must be shown the order is not a lawful military order because all orders are by constitution under we the people from the commander in chief, the president of the united states. the chain of command is in fact a law as soon as you take the oath
(0)
Reply
(0)

Yes the NCO can be "passing along an order".

However the original post is form a PETTY OFFICER in the Navy. AT first formation. Which means the order being issued, at the time, is a LAWFUL ORDER.

A Direct order must also be lawful to be followed:

Sgt, have the men conduct a fire drill. Is a Direct LAWFUL order by an officer.

Sgt, man the men set fire to the village. is a direct order, but it is an unlawful order and should not be obeyed.
(0)
Reply
(0)

GySgt Kenneth Pepper
1 mo
I'm curious as to the origin of your belief that an NCO cannot issue a "direct order"? NCCOs issue direct orders every single day. The legality of an order is pretty simple and I hope we all understand that.
The barrack's lawyer stance that only officers can issue a direct order is a pretty old one, but is still as invalid today as it was when it originated.
(2)
Reply
(0)

PO1 David Gibbens
Posted >1 y ago
I can speak from experience on this one. On my first boat( yes I'm a submariner) as an E3 I was made Deck Div LPO, AKA Leading Seaman. While passing out the day's job assignments, I was told "f@#k no" by one of the new seaman. I was shocked to say the least. I went to the 1st LT, a TMCS, and informed him of my situation. He told me in no uncertain terms to take said individual to the back of the work barge and show him the error of his ways. I did so, physically. The young man never questioned me again.
Now, before everyone jumps on me, let me give you my opinion on this matter. This was the late '70s. We were still in the Viet Nam mind set. However; when did the military go from being a gung ho military organization to a job? "Ask him what's wrong". Really?! When you're at 400ft and there's a fire in the Torpedo Room, or you're someplace where people are shooting at you are you really going to take no as an answer?? Or are you going to kick him in his ass, and get him motivated to move in the right direction? I spent 20 years in the Submarine Force and I've seen people come and go. And the ones that went were sent haze gray and underway on surface ships. Which, BTW, was the same as failing. Next time someone tells a senior NCO he doesn't want to do something, point out that the contract he signed doesn't say anything about liking it. He (or she) doesn't have to like it. They just have to do it. STS1(SS) USN, Ret
(1.3K)
Comment
(0)
show previous comments

PO1 Kevin Dougherty
9 d
Well as an ET, I was ops so .... conveniently enough there was a fan room adjacent to my shop.
(0)
Reply
(0)
Show More Comments
Read This Next
RallyPoint Home