Do you find the term "butter bar" offensive or demeaning? 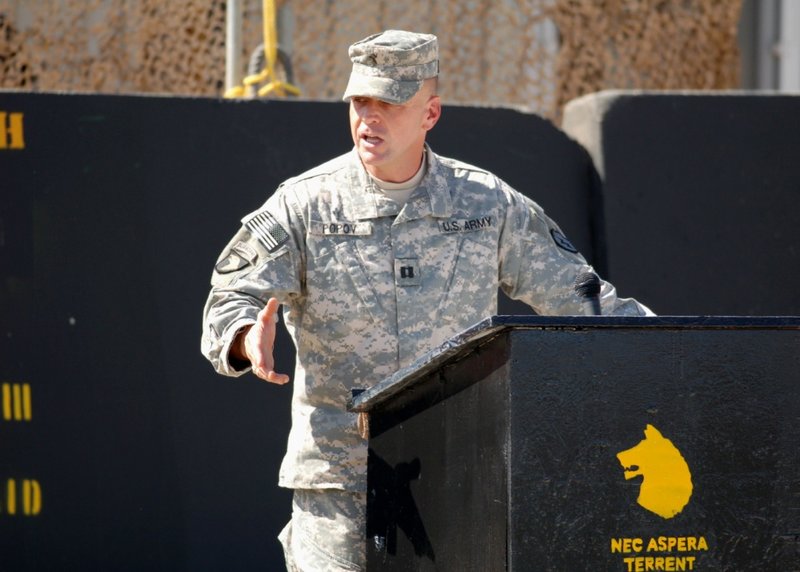 As a newly minted O-1 I have no problem with the term, but some of my fellow ENS/LTs have been scolded for using it. I never considered the term a pejorative when I was enlisted and I still don't now that I'm on the officer side. I always thought it was sort of a rite of passage that goes along with being a new Officer. Am I missing something? Do you consider the term disrespectful or demeaning?
Posted in these groups:

SFC (Join to see)
Posted 3 y ago
Butter Bar. Jarhead. Squid. Dogface. POG. REMF. Puddle Jumper. Chair Force. Personally, if any of those names offends anyone in those categories, then their skin is a little too thin for this type of work and should probably seek life elsewhere. We either kills things or support those that kill things. If those names offends people, then how are they going to act/react when the bullets fly and the IEDs go off?
(917)
Comment
(0)
show previous comments

Todd Rasmussen
7 mo
What my dad (a retired 1st Sgt) told me when I was in ROTC was that the gold bar just made me an apprentice to a First Sergeant. He died before he could give me my first salute.
(2)
Reply
(0)

CAPT Jay Caputo
7 mo
When I first received my commission I was told that being an Ensign was like having a license to be stupid. Just listen to your superiors and your Chiefs and you will learn a lot quickly. As mentioned earlier, if the term offends you, you should seek another line of work.
(4)
Reply
(0)

SGT Jim Wiseman
11 d
MSgt Frank Askins - I'm going to apologize now for the length, but all good stories usually are (he says confidently, assuming it's good.
On the order of LT's coming to make changes... I had a 1LT performing the monthly inventory in my arms room. We had just moved CP's on post so a few NOD's that had been moved within the last few days had been left in the tough boxes that had been used to carry them over. If I recall correctly, there had been some delays in getting the cages in place, so the items weren't placed in the cages per reg immediately after being transferred over. We were also in the middle of prep for deployment in a month or two out. With all of this, between the time of moving the items over to the time of the inventory.
This particular LT was not the brightest bulb. I want to say he was a West Pointer, but wherever he went to school, he had boxed, so may have taken a few too many blows to the head. Now, if you've ever been involved with an inventory of an arms room, you'll know there is probably one or a few types of items that gets overlooked and you have to go through and check all of them again to ensure all items are checked off. As the NCO in charge, I was not allowed to read off SN's or check them off in order to prevent me from having the ability to hide any theft or general loss of an item. I always suggested going through each cage methodically in order to attempt to get all the items in one and check it all off. Several items could be in a cage, usually all of the sights, M203's and PEQ's which were by necessity attached to the weapons. NOD's could be just below or hung from weapons in order to make searching for the pair with the correct SN that much easier when issuing them. It would force the LT or SFC charged that month with the inventory jump around the pages a bit, but I would guide them through the list.
Inevitably, as stated above, you would have a few items missed for which you would go back through and locate the item, going through methodically, and NOD's always had the most missed items. I would advise them at the outset to make sure, because the more cautious they were, the sooner it would get done.
As the afternoon was rolling around, the LT was panicking and heading into the CO's office to say, "We got a lot of s#$t missing!" When he said that in the arms room, I used my favorite saying during inventory day: "Nothing goes missing in my arms room, Sir. You just haven't found it yet." I had to repeat it several times that day. I was cocksure nothing was out of place, but I forgot about the items in the tough boxes. When those were found after confidently assuring him they weren't there, I had egg on my face. That will happen when you have a cocky, late-life entry SGT & and a cocky, dim LT. Rather than focus on finding the items, the LT runs back to the CO (I would swear) every five minutes claiming to be missing a "s@#tload of stuff" like Henny Penny. Even after we found the large quantity of NOD's, and the enlisted doing the reading of SN's were beginning to confirm they were finding what appeared to be all of the missing SN's.
It's heading toward 1800 and both the CO & 1SG are wanting to go home for quality time before this deployment. The CO is asking what's going on and telling the LT that he better figure it out. While we're beginning to get all the weapons and NOD's accounted for (still mostly vindicating my favorite saying... after all, I had been in charge of the arms room for more than a year), the CO steps in and has us do a lay out of all the items that had any missing SN's, which was every one, including the 11 M-16's (we carried M-4's) that had been in the same cage, of those he had missed 4 of them.
This carried the company through to 0100 or 0200. At a few points, I could hear the LT (as the appointed arms room officer) stating he was going to come into my arms room the following day and reorganize everything. I told his fellow PL that by no means would he step a foot into MY arms room! That equipment was signed for by me and I had charge of it. I was willing to walk into the CO's office that day before allowing the LT access and reiterate the same thing, citing that the officer who had screwed up (and specifically missed four out of eleven items in the same cage) was going nowhere near my arms room to "reorganize." Since not a word was heard about it the next day, I'm quite sure the CO had heard something of the kind from the LT and had already told him the error had forced the CO to repeat his work for the day and keep the entire Company until the wee hours and that he wasn't going near the arms room. I forget if we got a new arms room officer for the short time leading to deployment.
(1)
Reply
(0)

LT Brad McInnis
Posted 3 y ago
Frankly, if an officer finds it offensive then there is probably a reason (hint: the officer is the one that is offensive). In all my time, I found that enlisted service members are fair. If you treat them with common decency you will get the same. The officers I found that had problems, had problems because they were the problem.
(596)
Comment
(0)
show previous comments

CPL Mark Kirkpatrick
8 mo
The entire time I was in, I knew of 2 (two) LTs who were not douchebags. 1 was ours and one was in charge when we were on an assignment at Benning for advanced party. All of the rest were either egotistical assholes or morons who did not know ANYTHING about our jobs except FD.
I wish I knew LT Brad McInnis so I could raise that number.
(1)
Reply
(0)

MAJ Chris Hale
7 mo
Been enlisted and commissioned, thin skin has no place in the military.
(2)
Reply
(0)

SFC Don Ward
7 mo
How about one who objects to being called "LT" by his troops. You know he's in for a bad time down the road.
(3)
Reply
(0)

SGT Jim Wiseman
11 d
CPL Mark Kirkpatrick - I had good encounters with LT's for the most part. Maybe part of that was my late-life entry into the Army and my rank as a buck SGT. Many of them, I felt confident in occasionally telling, "Sir. I have underwear older than you."
(0)
Reply
(0)

1LT William Clardy
Posted 3 y ago
Q: What has a soldier wearing mosquito wings accomplished that a butter bar hasn't?
A: He's been promoted.
If you can't ridicule yourself every now and then, you will never learn one of the most effective ways to overcome fear and stress.
(488)
Comment
(0)
show previous comments

MAJ Ronnie Reams
7 mo
Mister is the term for LTs in USMC, except commanders, as you stated. In the Navy, Mister is used for all LtCdr and below unless he is the Captain of a boat or ship and then he is called Captain, regardless of rank. Fleet Carriers I am not sure about, I see some have Commodores as commanders.
(0)
Reply
(0)

SFC Jim Ruether
7 mo
SFC Jim Ruether - I could possibly be insulted if in fact I was a quarter stick of Margarine and they called me a butter bar?
(0)
Reply
(0)

SSG Elyzabeth Cromer
4 mo
SSG Robert Perrotto Leadership test 101: What do you reply to the statement "Can't spell lead the way with out LT." ? The response you get when saying,"you can't spell lost either", tells you right then what kind of person you are dealing with.
(1)
Reply
(0)

GySgt (Join to see)
9 d
Depends. I had two deployments completed and was a squad leader with mosquito wings (E3/LCpl).
(0)
Reply
(0)
Show More Comments
Read This Next
RallyPoint Home