SFC (Join to see)
2.97K
24
7
10
10
0
Maj. Gen. John Rossi was two days away from pinning on a third star and taking the reins at U.S. Army Space and Missile Defense Command last summer when he hanged himself.

Army investigators ruled his July 31 death a suicide and attributed the tragedy to a wave of career and medical stress that impaired his judgment and distorted his sense of self-worth, coming to a head that last week in July, according to a 15-6 investigation released Wednesday.

"They ultimately overwhelmed his psychological defenses and ability to cope with these negative emotions, resulting in his decision to commit suicide during the last period of time in which he was likely to be alone before assuming command of the SMDC," according to the report.

The findings have prompted an Army-wide review of mental health issues in the general officer corps to be headed up by a three-star, Army Secretary Eric Fanning told Army Times in a Jan. 4 interview.
“It’s not because we felt we had some burgeoning, endemic problem,” he said. “It’s because one is too many, and it’s always good to take a knee, take a breath, and see if there’s something new or that has developed because something’s changed.”

That review will also look at a number of high-profile misconduct cases that have plagued the Army's top ranks in recent years, including 30 reports of general wrongdoing and seven of sexual misconduct, inappropriate relationships or sexual harassment in fiscal year 2016. Army officials said Rossi was not suspected or accused of any misconduct.

"We will continue to work with and teach our leaders to create an environment where it's okay to ask for help no matter your position or rank, and reinforce in all soldiers and leaders that it is their duty to lend a helping hand," an Army spokesman said in a statement to Army Times.

"Smart enough for the job"

For Rossi, 55, the pressure of his impending three-star command converged with long periods running on little sleep to create a deadly combination.

The general believed he didn't deserve the honors he had received, according to the investigation, and used his relentless work ethic to cover up what he perceived as his intellectual shortcomings.

During his previous tour commanding the Fires Center of Excellence at Fort Sill, Oklahoma, his staff told investigators, the career air defense artillery officer became less sociable than in the past and seemed to find less enjoyment in the job than in his previous assignments.

"According to some of his former subordinates, he was not comfortable with the field artillery aspects of his job, and he spent countless hours attempting to familiarize himself with these issues to appear competent and knowledgeable," according to the report.
He also apparently suffered from medical issues during that tour at Fort Sill, but details were redacted from the report that was released to the public.

He had an "irrational belief that he was intellectually incapable of mastering the technical aspects of the SMDC, particularly those related to space defense," according to the investigation.

Rossi's wife told investigators that once they moved into their Redstone Arsenal, Alabama, home on July 23, he suddenly revealed his doubts about his fitness for the new job, according to the investigation.

"He told her that there was 'so much information' associated with the job that he didn't know or understand, and that he 'didn't think he was smart enough for the job,' " according to the report.

Hard work wouldn't be enough to excel there, he believed, and he was terrified that he would be exposed as a fraud and let down his family and the Army, according to the report.

Just over a week later, the general went home in the middle of the day, turned up some music and took his life. Details of the discovery are redacted, but his wife came home to the scene.

"Maj. Gen. Rossi's death was a tremendous loss for the Rossi family and, indeed, our entire Army family," the Army spokesman said.

To keep up his pace, Rossi slept only five hours a night. The investigation found he'd followed this routine for most, if not all, of the previous two years, a kind of sleep deprivation that is associated with an inability to deal with stress as well as suicide.

The National Institutes of Health recommends seven to eight hours of sleep per night for adults, and notes that sleep deprivation can lead to myriad behavioral issues, including trouble with problem solving and controlling emotions.

The general also had a dark side, colleagues told investigators. He seemed to fixate on death, they said, carrying cards with the names of every soldier who had died under his command and blamed himself for not doing enough to save them.

"Finally, one witness said that 'death seemed to follow' [Rossi]," an investigator wrote. "He had 12 soldiers die of various causes during his command at Fort Sill, he was the public spokesperson for III Corps and Fort Hood during the Maj. [Nidal] Hasan shooting incident, he drove down the 'Highway of Death' during the first Gulf War. It is possible that his exposure to and apparent fixation with death may have desensitized him to the act of taking his own life."

Though Rossi's personality and lifestyle may have put him at higher risk for suicide, according to the investigation, his stress level is common among general officers.

"Many aspects of general officer responsibilities and lifestyles carry inherent risks, but there are inadequate systems in place to identify individual general officers who may be at risk," the investigator wrote.

Fanning told Army Times he hopes the upcoming review will help identify some of the causes and signs of stress unique to top brass.

"It’s been a very long time since we’ve had a general officer commit suicide, and it’s worth looking at and seeing if there’s anything we’re not recognizing that we’re not getting at,” he said. “This is something we need to do force-wide. We’ve been deploying, repeatedly, the Army for 15 years. We need to understand how it’s affecting our soldiers and their families.” 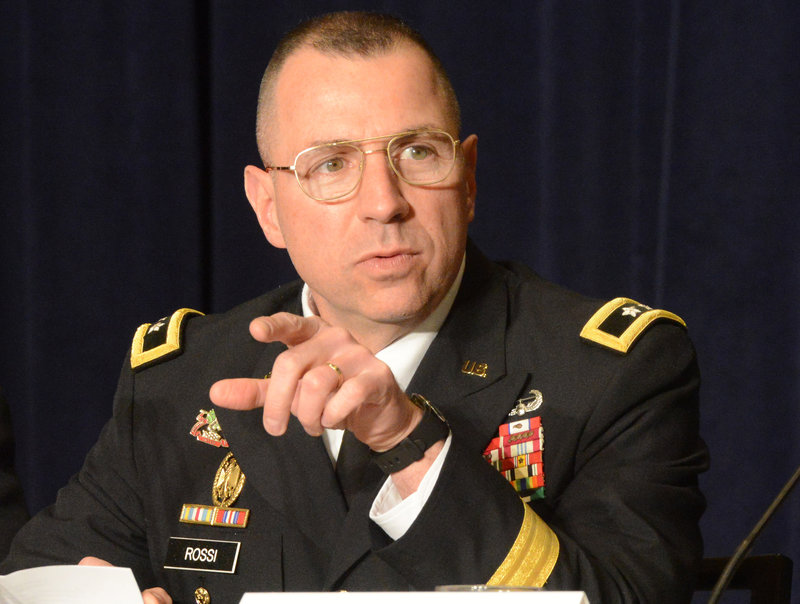 SGT (Join to see)
Posted >1 y ago
Depression can strike anyone. It matters not what others think of personal achievements to one who has a troubled mind.
(4)
Comment
(0)

LTC John Mohor
Posted >1 y ago
SFC Joe S. Davis Jr a very important and timely post! Just goes to show you depression and suicidal thoughts know no rank that have privilege. I had a classmate from North Georgia that made full Colonel and was the Professor of Military Science at North Georgia. He retired with a great job lined up. Within 30 Days after retiring but before starting his new job he commuted suicide. It's a shame. I just with theses folks and their friends or battle buddies would have checked on them sooner!
(3)
Comment
(0)
Show More Comments
Read This Next
RallyPoint Home