MSgt Neil Greenfield
8.52K
22
12
9
9
0
The Air Force has probably the slowest rate of promotion and the up or out system is really problematic for the force as a whole. Having quota’s for pay grades in various career fields is also stupid. What if someone is a subject matter expert in their career field? They have to move out of their field of expertise in order to get promoted? What’s wrong with a 20 year E-5?
The other services have it right in that, at least in the Army, soldiers can apply to become a Warrant Officer (not everyone wants to start over as a 2nd lieutenant (or ensign). I’ve read of a few Air Force types that became Army Warrant Officers to get ahead. On a side note, my Dad was “appointed” a Warrant Officer, which was before they started the WOC program, based on his expertise. They are technical experts, so to speak. If the Air Force was to started using its authority to use the WO ranks again, they should start with appointing WO’s rather than sending people through basic training again (imho).
In any event, the Air Force is losing good people due to high rate of tenure. 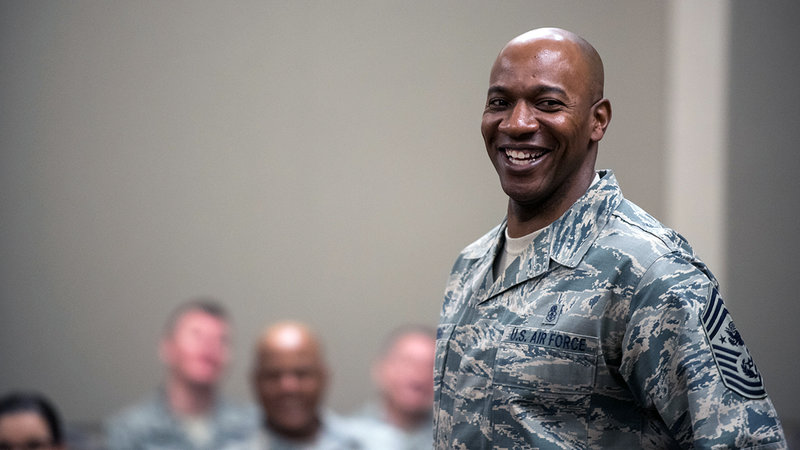 Posted from airforcetimes.com
Posted in these groups: SSgt

SSgt Bob Mobbs
Posted >1 y ago
In 72 at my first assignment (Albrook AFB, CZ) I worked with a SSgt who had enlisted in 1954 and (under the old board system) had made E-5 by 1960. The man knew the Military Personnel System (we were 732X0s) inside and out. But sit him down and give him a written test and he would freeze. In 73 he was facing his Up or Out threshold. Every one in the department took turns working with him prepping him for the test. It worked, he got his line # for Tech with 6 months to spare. I am sure there are many more just like him and their loss creates a void every day that the AF can not afford.
(6)
Comment
(0)

SSgt (Join to see)
Posted >1 y ago
I agree with what you said. In my unit, my fellow E5s all work together and play on each other's strengths and help build each other's weaknesses. Some want to promote but some are fine being in the "grit" with the junior Airmen and training them, still being mentors and leaders but are pressured to get a promotion due to HYT. I myself, do want to promote but I have learned some people are completely happy with where they're at and don't want to deal with the admin/paperwork side of promoting further.
(2)
Comment
(0)

SSgt Roe Stallings
Posted >1 y ago
Considering some career fields are very small only allowing a few to be promoted to TSgt and the top 3, it doesnt mean the SSgt is not knowledgable of his field but that it is very difficult tomake rank.
(1)
Comment
(0)
Show More Comments
Read This Next
RallyPoint Home