Hundreds were passed over for MSgt despite getting top quota ratings. Here's (maybe) why.

MSgt (Join to see)
36.7K
92
47
21
21
0
Here it is! The Top Promote Now and Must Promote is not a definitive for getting promoted. Nice to see so many "promotes" make the cut which also shoots holes in all of the skepticism before the results came out. 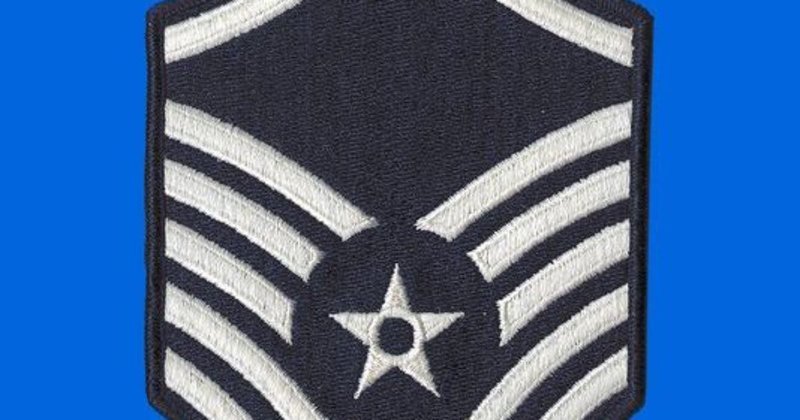 Hundreds were passed over for MSgt despite getting top quota ratings. Here's (maybe) why.

Posted from airforcetimes.com
Posted in these groups: MSgtTSgt

MSgt (Join to see)
Posted 4 y ago
I was promoted this cycle with a "Promote" rating on my EPR. What put me over the competition was my board and test scores. Work is what I did, and work is what helped me. I didn't expect to make it, but gone are the days when you can wait it out and get promoted with your TIG/TIS scores.
(9)
Comment
(0)
show previous comments

MSgt (Join to see)
4 y
Glad you took it in stride! That's absolutely what you needed to do and we're proud of you for it. I fight a constant battle in my organization because people here feel like they're already doing more and shouldn't have to step up with the other things that 36-2618 says they should be doing. I'm very happy that so many "promote" statements have led to this many selections because it's shuts them down quick. The WORST of the new system is the old system. Congrats again, well deserved! Start getting involved with the Top 3
(3)
Reply
(0)

MSgt Zachary Wiederstein
4 y
Good for you. Congratulations. Thank you for your service and your great attitude your exactly who we need mentoring the next generation.
(3)
Reply
(0)

MGySgt James Forward
Posted 4 y ago
How can this be a surprise? 100% of folks don't get promoted unless we are talking about E-2's and E-3's. Promotion opportunity goes down the higher you move up the ladder. Competition will only get more fierce for promotion slots. While I disagree with giving points for decorations (sorry, it's a Marine thing) as it means that Airmen will EXPECT to gat an when they PCS, do outstanding on an Inspection or deployment. You guys take tests, as does the Navy so my hat is off to you all what you have to do to remain competitive. Study, get your PME completed, never.stop.learning or you become irrelevant and you don't get promoted when that happens. Semper Fi.
(9)
Comment
(0)
show previous comments

SMSgt Lawrence McCarter
>1 y
Gunny, I would agree with the decorations thing, some points maybe but i find too many decorations are sometimes passed out. That also take the meaning out of the decorations. Effort should count along with the test, time in grade, time in service. PME is important and as You advance You need the information learning for the higher grades. promotions to E8 are limited to 2% of the total force for E9, 1% by law, the only grades that percentage applies to. In any event prepare Yourself, remain competitive, dedicated to the job, the country and Your troops. I have sat on many boards for many things and that does have its value to measure things not maybe seen on paper as long as the members keep the proper focus.
(1)
Reply
(0)

SMSgt Lawrence McCarter
>1 y
TSgt (Join to see) - Also not the first time changes have been made in the system, the usually tend to work out sometimes though items that were needed in older systems didn't help in New approaches. one example that sticks out in my mind was with then APRs, (now EPRs), WAPS then changed some of those problems and also the ability to be promoted increased. At one point up to the mid 60s in USAF very few in a four year enlistment ever got beyond E3 You had to be pretty sharp to make E4 in during that first enlistment term.
(0)
Reply
(0)

SSgt Boyd Herrst
>1 y
I was in the AF back in '70s & '80s Gunny and Those I worked for looked at what you gave back w/o asking when can I stop, letting them know that are
Available if needed.. involvement in Airmen Programs, getting career dev. Course done in timely manner or early if possible, getting that PME done.. I got hold of one from a guy would of got Sgt. If he hadn't got complacent in his training.. they didn't let him re-up.. so I got reading that book, whiting out, changing incorrect to correct answers.. I had my CdCs done early, and got picked to a test for proficiency pay(an xtra $30 in the paycheck I took the test and passed and was able to do it again 6 mo. Later and 6 after that. Each time I passed and got that xtra $30.
A month. I had the responsibility an' pay at A1C .. The studying and all was worth it.. I was overseas an' I was on the list for early promotion and put that 3rd stripe on beginning of 4th month in that 6 mo. Cycle. So my check didn't change nor responsibilities, Just the rank. Had Sgt on 10 mo. and tested for Staff Sgt.
7 mo. After I was wearing them.
I was on my 2D year o'seas and i extended my tour and it worked out and I rotated home
With Staff Sergeant on my sleeves. It was work , but well worth it. The studying kept me busy, time went by fast.. I still had fun but study was top priority. I was in California two years then to North Dakota. Went on a deployment back to Philippines, was there a short time for some ruckus going on
Then re-deployed. I Was involved in a accident on flightline, woke up in Hospital in
Grand Forks at UND. (TBI) Went through some other Hospitals, rehab and then retirement....
(1)
Reply
(0)

MSgt Frank Askins
8 mo
SMSgt Lawrence McCarter - I think the Air Medal is a good example of too many medals being passed out. I've see these passed out for X number of flying hours and at 3 points each towards promotion, it doesn't take long for those aircrews to max out at 25 points. I've been retired more than 30 years and saw numerous changes to the promotion system while I was in so I can only imagine how it's changed since then. I always thought points for medals should be limited to the first award. That would have leveled the playing field a little for those not on flying status. Just my opinion.
(1)
Reply
(0)