SFC Joe S. Davis Jr., MSM, DSL
2.25K
14
8
5
5
0
KABUL, Afghanistan — Around 100 American troops have been deployed to a southern Afghan city at risk of falling to the Taliban, the spokesman for U.S. forces in Afghanistan said Monday.


Brig. Gen. Charles Cleveland said the troops had arrived in Lashkar Gah, the capital of Helmand province, to provide training and support to Afghan forces. He said they would serve as a "new presence to assist the police zone," adding that Afghan security forces have conducted airstrikes in the area.


The Taliban have seized a number of nearby districts in recent weeks and now threaten to overrun the city itself.

Omer Zwak, spokesman for the provincial governor in Helmand, said there were plans for additional U.S. troops to support Afghan security forces in Lashkar Gah.


The head of Helmand's provincial council, Kareem Atal, told The Associated Press that battles were underway "on several fronts" in the province, closing off roads and highways.


Helmand's annual $3 billion opium crop produces most of the world's heroin and is used to fund the insurgency. Its population is mainly Pashtun, the ethnic group from which the Taliban derives most of its support, and the province borders Kandahar, where the Taliban's government was based from 1996 until the U.S.-led invasion in 2001.


The insurgents have stepped up attacks in other parts of the country as well, taking advantage of the warm weather to wage war against the Kabul government.


The Taliban seized the Khan Abad district in the northern Kunduz province on Saturday but have since been driven out, according to Interior Ministry spokesman Sediq Sediqqi. 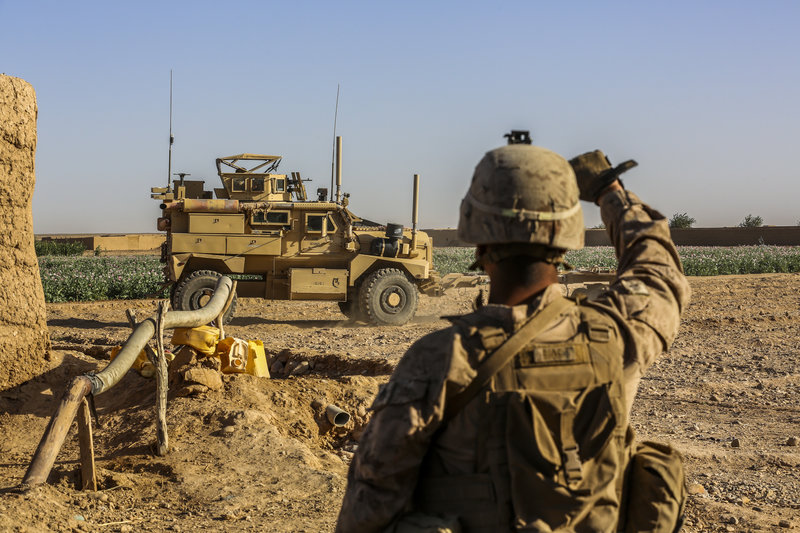 CW3 Matt Hutchason
Posted 4 y ago
I wish the average person could not only understand the full ramifications of no action on our part, but also understand foreign policy in terms of the big picture. Sadly, the average person is more concerned with what one of those no good Kardashian tramps wore to some nightlife hot spot of the words to that Jabroni Bieber's newest song.
(2)
Comment
(0)

PVT James Strait
4 y
The average person is, well...average...and the new average is what used to be categorized as arrested development. Don't expect much from the modern average citizen.
(1)
Reply
(0)

LTC Stephen F.
Posted 4 y ago
Thanks for letting us know SFC Joe S. Davis Jr., MSM, DSL that the U.S. has sent 100 troops in a training and advisory role to the Afghan National Defense Security Forces to the defense of Lashkar Gah, the capital of embattled Helmand Province.
I hope and pray that the Afghan National Defense Security Forces will stand up to the challenges in Helmand Province and there will be no green-on-blue attacks.
(1)
Comment
(0)

SGT David A. 'Cowboy' Groth
Posted 4 y ago
Are they going as advisors or back up for the Afghan troops?
(1)
Comment
(0)
Show More Comments
Read This Next
RallyPoint Home