More than seven decades later, the memory still haunts him.

“I never will forget [Pearl Harbor] as long as I live,” he told NBC San Diego before getting on a plane with his daughter Kathleen to fly to Oahu for the 75th anniversary ceremonies.

He is one of 35 survivors being flown to Hawaii to be honored.
Chavez was one of the first people to get a sign of the pending attack from the Japanese. He was aboard the minesweeper called the USS Condor serving as a quartermaster in charge of navigation when a crew member spotted what looked like a periscope of an enemy submarine.

The crew notified a destroyer named the USS Ward, but its crew members didn’t see anything until a few hours later, by which time Chavez’s shift was over.

He was sleeping in his apartment when his wife woke him up to tell him the news.

“It seemed like I only slept for about 5 minutes when she came in and told me ‘we’re being attacked,’” Chavez told Fox 5 San Diego.

He said he didn’t believe her at first.

“She finally talked me into getting up and going to look,” he said.

By that time, the entire harbor was on fire and American history was forever changed.

After the war, Chavez settled in San Diego and became a mechanic.

A five-hour plane ride might seem daunting for someone at his advanced age, but Chavez has been preparing for this event for a while by lifting weights, doing sit-ups and riding a stationary bike.

“We’re going back because I feel part of it,” Chavez told NBC San Diego in July. “Right here the programs are very good, very nice, but over there I feel different, completely different. I feel like I am one with them, and they are part of me. And it just reminds me of December the seventh with all the men that were lost and the ships that were sunk. I go and say a little prayer for their souls and that makes me feel better.” 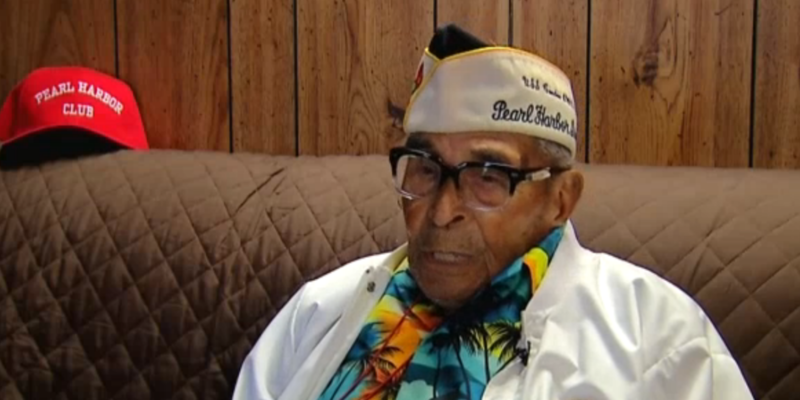 LTC Stephen F.
Posted 5 y ago
Kudos to Ray Chavez who is the oldest survivor of the sneak attack on Pearl Harbor SFC (Join to see)
(2)
Comment
(0)

SPC Deborah Root-White
Posted 2 y ago
Many blessings to him.
(1)
Comment
(0)
Show More Comments
Read This Next
RallyPoint Home