If you’re a newlywed or a new parent, or if you just haven’t checked your personnel records in a while, the Army needs you to take action now or risk taking a hit to your wallet.

About 140,000 soldiers are missing the proper documentation to prove they are eligible for Basic Allowance for Housing at the higher with-dependent rate.

“It’s starting to become an issue,” said JD Riley, deputy chief of compensation and entitlements in the Army G-1 (personnel). “Our concern is there’s going to come a point where if we can’t support the payments, we have to turn off the payments. That’s what we don’t want to do.”

If soldier records aren’t properly updated, they could revert back to the lower BAH rate instead of the higher with-dependent rate, Riley said. That could mean a loss of hundreds of dollars a month.

For example, a sergeant with dependents who is stationed at Fort Bragg, North Carolina, receives $1,236 a month in BAH, compared with $1,053 without dependents, according to the Defense Department’s BAH calculator.

A captain with dependents at Fort Bragg receives $1,488 compared with $1,344 without.

A sergeant with dependents at Joint Base Lewis-McChord, Washington, receives $1,635 a month in BAH, compared with $1,281 for a single soldier.

A JBLM-based captain with dependents receives $1,941 in BAH a month, compared with $1,701 for one without dependents.

If you are not sure if your paperwork is in order, here’s what you must do:

Check your leave and earnings statement against iPERMS, or the Personnel Electronic Records Management System, then go see your human resources specialist.

In many cases, the required paperwork could be as simple as a marriage license or a divorce decree or a birth certificate, Riley said.
The problem isn’t just BAH.

The Army has been trying for the last three years, following a scathing audit by the Government Accountability Office, to make sure all soldiers’ financial documents are up-to-date.

“We’ve got to be able to prove that every soldier is entitled to all payments they receive,” Riley said. “From base pay to his subsistence allowances to his housing allowances, everything has to be supported by a document.”

The 2012 GAO audit found “a lot” of documents were missing from soldier records, and Army officials were forced to testify on Capitol Hill about the audit’s findings.

And the issue isn’t specific to the Army, said Larry Lock, chief of compensation and entitlements in the G-1.

“All the services have a very similar problem,” he said. “That’s what’s brought us to where we are today. We’ve been at this for three years, and we haven’t been getting the positive response from the field that we need.”

This required soldiers to meet once a year with a human resources specialist to go over their records and make sure all of their documentation is in order, Riley said.

“We have an entire key supporting document matrix available to the HR specialist, so if a soldier’s receiving hazardous duty incentive pay or jump pay, they look at this list, and they’ll be able to tell if he needs a set of orders,” he said.

The reviews are taking place across the Army, Riley said, but the Army is still struggling to get the proper documents in the system.

“There could be several reasons for that, so we must put more emphasis on this issue and make sure soldiers understand if they don’t provide the documents, we may be required by law to stop the payments because it’s an improper payment,” he said.
BAH isn’t the only area where the Army is seeking proper documentation from soldiers.

For example, Riley said he recently reviewed 412 records for Assignment Incentive Pay. He had to shut off payments to 343 soldiers who were receiving AIP because they didn’t have the proper paperwork.

“We may be focusing on BAH initially, but if they’re receiving a pay, whatever it is, their record has to have a document in there to support that payment,” Riley said.

The Army is emphasizing BAH to start because it’s such a high-value item in the Army budget, Riley said.

Soldiers who don’t update their files could risk losing money every month – or they could end up owing the Army money if they’re overpaid.

“We get two or three cases a week of soldiers who are $50,000 or more in debt” because they were improperly being paid more than they should have been, Riley said.

“We want the service member to respond because they’re entitled to get what the law requires them to get,” Lock said. “We’re interested in soldiers getting paid properly.”

“If a member is distracted by financial matters, then they’re not as focused as they need to be on the mission,” he said. “We want to make sure that we look out for soldiers and their families.” 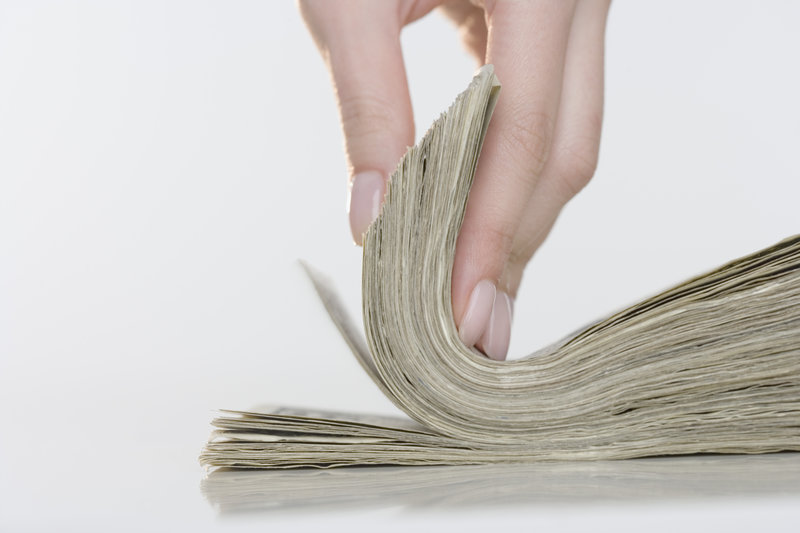 LTC Stephen F.
Posted >1 y ago
When I was mobilized in November 2001 my BAH was supposed to be based on Vint Hill Farms even through I was mobilized to the Pentagon because Vint Hill Farms was the cheapest BAH SFC Joe S. Davis Jr., MSM, DSL. in The fall of 2002 I looked at my LES and discovered that my BAH was for a single LTC living in Arlington instead of a married LTC living in Sterling, VA.
I reported the error as any responsible soldier would. The net difference was a couple dollars.
DFAS collected back all of my BAH for the year in December which means I had no pay. Then because they can only pay back $9,999.99 per month, it took a couple months for them to pay back what they should have disbursed in the first place. I learned later that somebody had mixed up my records with an CPT who was mobilized at the same time.
At the other end, an LTC was arrested after it was learned he was claiming to live over fifty miles away at his home and drawing TDY when in fact he was staying nearby the Pentagon at his sister's house.
Bottom line be truthful and check frequently to ensure your LES information is accurate.
COL Mikel J. Burroughs LTC Stephen C. Maj William W. 'Bill' Price Capt Christopher Mueller Capt Seid Waddell CW5 (Join to see) SMSgt Dr. G. A. Thomas SGM David W. Carr LOM, DMSM MP SGT SFC James J. Palmer IV aka "JP4" SSgt (Join to see) SGT (Join to see) SP5 Mark Kuzinski SGT Forrest Stewart SGT John " Mac " McConnell SGT Robert Hawks SGT Robert George SPC (Join to see) SrA Christopher Wright Kim Bolen RN CCM ACM
(4)
Comment
(0)

Capt Marty Hogan
Posted >1 y ago
Worked FM for years- we would send e-mail, phone them, and registered letters longer than the regulation stated- some ignored it and always amazed me that they were floored if we stopped it or told them we had to collect it back.
(3)
Comment
(0)