A French soldier just broke the long-distance shooting record by hitting a target over 2 miles...

RallyPoint Shared Content
4.08K
10
8
1
1
0
"A French soldier just broke the long-distance shooting record by hitting a target over 2 miles away"

A French soldier has broken the world's long-distance shooting record after successfully hitting a target from over two miles away.

On August 22, a Warrant Officer Benjamin, the leader of the armored platoon in the 1st Regiment of Chasseurs d'Afrique, and his support team broke the world record for long-distance shooting after successfully hitting a target 2.29 miles (3695 meters) away.

This feat broke the previous, and still impressive, record of hitting a target from 2.11 miles (3400 meters) away.

According to a French military press release, Benjamin and his team prepared for three years to break the world record. But it was not until a training in June 2014 that the team realized that a record-breaking shot was within their reach. During that month of training, the team managed to hit a target of 1.84 miles (2960 meters) in four out of seven attempted shots.

Following this success, the team continued to work with a goal of roughly 2.29 miles in mind. At such distances, a number of factors come into play that could influence the shot, such as atmospheric pressure and slight variations in wind speed.

To compensate, the team trained on the technical aspects of the shot and only practiced the actual shooting on a range once every two weeks.

The emphasis on technique and teamwork payed off. On August 22, at the range in Canjuers, Warrant Officer Benjamin scored his winning hit of 2.11 miles. Still, he believes that full credit does not just belong to him.

"These shots are feasible only with a team," he said in a French military press release. "Target spotters, wind spotters, radio link, a coach for corrections, it is truly a team sport." 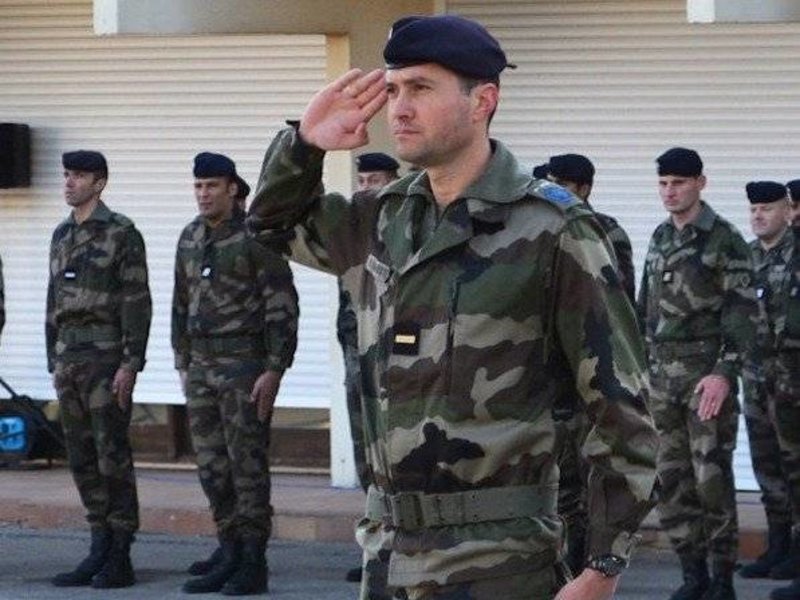 A French soldier just broke the long-distance shooting record by hitting a target over 2 miles...

Posted from businessinsider.in
Posted in these groups:

SPC Daniel Nichols
Posted >1 y ago
Wasn't the Canadian in Afghanistan, and had a kill shot for his record? Because that matters so much More to me. Plus Frenchy had four days! Just not the same, that is if I'm thinking of the same thing. Impressive no doubt.
(2)
Comment
(0)

PVT Andrew Burd
>1 y
yeah...I'd have to say that a competition long shot is in a completely different animal than an actual engagement.

kinda like those long drive competitions vs. an actual tee shot.
(1)
Reply
(0)

SPC Raul Santiago
Posted >1 y ago
Just like the French to want to shoot at nothing take a lot of time and hope for the best. Great job now take it to the battle field and do it again but this time make it count. I know is not an ez task but why take away from people making these one shot one kill seem so meaningless. Practice makes perfect I guess.
(1)
Comment
(0)

SGT Christopher Churilla
Posted >1 y ago
Admittedly impressive, but was it a practice target or an actual combat target?
(0)
Comment
(0)

can someone else confirm as well.. was the shot in Trashcan a head shot or just one that hit the mark.. I know it was a .50 which can sear your skin within 18 inches or something
(0)
Reply
(0)
Show More Comments
Read This Next
RallyPoint Home