Abortion fight ramps up in Pa. as Republicans advance pro-life bills. What laws would change

SFC (Join to see)
187
22
8
2
2
0
https://www.goerie.com/story/news/2021/05/25/pennsylvania-abortion-bills-advance/ [login to see] /
The three bills Republicans advanced this week include a heartbeat bill that would ban abortions once a fetal heartbeat is detected; a ban on abortions after a Down syndrome diagnosis; and another that requires medical facilities to disclose burial options for miscarriages and abortions.
Rep. Frank Ryan, R-Lebanon County, introduced the bill on burial options because of his own experience after losing a child, a story he has shared previously.

He said he was "asking the ladies in the room" to "recognize how men feel." 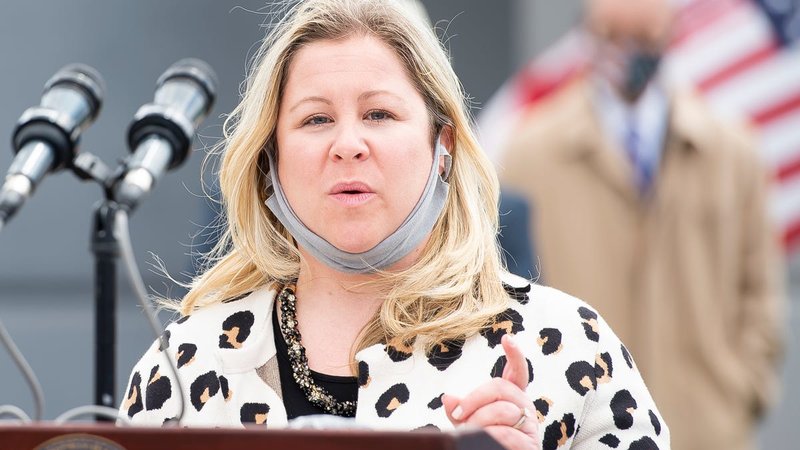 Abortion fight ramps up in Pa. as Republicans advance pro-life bills. What laws would change

Posted from goerie.com
Posted in these groups:

SFC (Join to see)
Posted 12 mo ago
There is absolutely NOTHING "pro-life" about trying to criminalize miscarriages. Rep Frank Ryan introduced the bill stating it's "optional" - and how long until it's not an option? This isn't the first time there has been legislation like this. Ryan says it's optional but the bill mandates cremation or burial and does not make it optional after abortions and miscarriages.

THIS is what conservatives want. They won't be happy just criminalizing abortion again. All they want is for women to be breeders - to be incubators. Saying it's optional - people don't need to be forced to have this option. I had a miscarriage when I was 20. I didn't even know I was pregnant so it ultimately didn't bother me. I was probably six weeks along. It was nothing and actually I'm glad that happened so I didn't have to go through an abortion. I definitely wasn't prepared for a child at 20 in college (and before I get the fanatical pro-pregnancy people I only had been with ONE person at that time). Let's say if this were to have existed as law when that happened. What the hell would I have buried? Or cremated? It was nothing but a clump of cells within my menstrual blood. That's all it was. And to be fined for it? Really?

This should bother EVERY woman even if you're in the pro-pregnancy crowd. And for him to say he's "asking the ladies in the room" to "recognize how men feel." ARE YOU FUCKING KIDDING ME? No I don't care how men feel about miscarriages or abortions. I really don't. All these pro-pregnancy fanatics want is to make women property of the state. Property to their religion. Take away all rights.

It's almost to the point do women need to start planning our escape to Canada now before the red cloaks come out? This is insanity.

If ANYONE tries to justify this, keep it to yourself because you're insane.
(4)
Comment
(0)

Lt Col Scott Shuttleworth
12 mo
The mans comments were not warranted nor needed...He said he was "asking the ladies in the room" to "recognize how men feel." Doesn't matter how men feel...irrelevant.

However, If there is a heartbeat there is life and to take a life is murder. Downs syndrome is life with a heartbeat...I say that because my nephew was diagnosed with downs in the womb...my brother and sister in law refused to abort and guess what, not only is he normal (relative term) but he is literally a certified genius.

Telling others to not justify their position because they are insane...well, in my book you trying to justify murder is insane.
(0)
Reply
(1)

SFC (Join to see)
12 mo
Lt Col Scott Shuttleworth - Wrong. At six weeks that's not even a heartbeat as there is not even a heart formed. That is the "fetal pole" which is what eventually ends up forming into a heart. Also - when someone is declared dead - they wait until brain death to declare death. Not when the heart stops beating. When there's no brain activity. So no heartbeat doesn't mean alive. At all.

It's not up to me why someone wants to abort a pregnancy. It's none of my business. Abortion isn't murder - it's healthcare. If cisgender men could get pregnant you know there'd never be talk of abortion laws ever again. There'd be a clinic on every block probably.

I see you glossed over the part that I pointed out which was MAKING IT ILLEGAL TO MISCARRY. They want to FINE people for miscarriages and make them fill out a death certificate AND bury the "remains?" I HAD A MISCARRIAGE and was maybe six weeks -- you know what came out? Not a fetus. Not anything resembling a fetus or infant. I can't tell you where the menstrual blood and clots started and stopped and where they embryonic cells started and stopped. So what the hell would I bury? Or cremate? Why would I get fined for that? But of course you glossed over what I posted and went straight to "AbOrTiOn Is MuRdEr!" And ignored the part about conservatives wanting to control women and turning us into incubators.

SFC (Join to see)
12 mo
Lt Col Scott Shuttleworth - Also - my daughter was born with a genetic kidney disorder that is rare as both parents have to have the genes. That was confirmed she had the gene when I finally got a geneticist who could do the test without going through TRICARE because he had his own budget.

When my daughter was 8 months old, I had thought I could be pregnant. Luckily I wasn't. HAD I been - I 100% would have had an abortion. I was married to her father at the time too. I would have had the abortion and never told him about it. Because we had a 50% chance of having another child with that disorder. I will NOT ever put another child through what my daughter has been through in her short life so far. I am not putting myself through it again either. So I 100% would have aborted any pregnancy after her. Honestly - I'd abort another pregnancy with anyone at this point in my life because pregnancy was horrible for me. I almost died having her. So if I had to, I would have an abortion. Thankfully I don't need to worry about that happening because there's no likelihood I'll get pregnant again before I hit menopause.
(2)
Reply
(0)

1SG (Join to see)
Posted 12 mo ago
I do not think republicans understand they cannot stop abortions. Abortions will happen no matter what.
(4)
Comment
(0)

SFC (Join to see)
12 mo
They will stop safe abortions. AND wanting to penalize women for MISCARRYING? Miscarriages are extremely common in many pregnancies. Usually in the first trimester. Some women don't even know they do miscarry sometimes because sometimes we don't know we're pregnant at six weeks. I don't get this weird six week as the timeframe either.
(2)
Reply
(0)

1SG (Join to see)
12 mo
SFC (Join to see) I think it is because some women go past 6 weeks without realizing their pregnant. Under the bill it will force women to carry to term.
(1)
Reply
(0)

SFC (Join to see)
12 mo
1SG (Join to see) - I think I know why - the stupid idea that there's a "heartbeat" at six weeks when there isn't. But then there's also the part penalizing miscarriages - when most women don't know they're pregnant at six weeks. Or may have a miscarriage and not even know they are having one...like how intrusive is this?
(2)
Reply
(0)
Read This Next
RallyPoint Home