Afghanistan: The Fall Of Helmand

Episodes
PEOPLE & POWERAFGHANISTAN
Afghanistan: The Fall Of Helmand
People and Power goes behind the scenes with the Taliban in the Helmand province of Afghanistan.
23 Feb 2017 11:39 GMT Afghanistan, Taliban

Share via WhatsAppShare via FacebookShare via TwitterShare via RedditEmailSend Feedback

It was called Operation Moshtarak and it was supposed to be the defining moment of the Afghanistan conflict - an all-out assault by coalition forces on the Taliban-held city of Marjah in Helmand province.

Long regarded as a "festering sore" by senior NATO officers, Marjah was seen as one of the last insurgent-controlled areas in the south of the country, a haven for several hundred fighters and a centre of poppy cultivation and opium production - a major source of Taliban income - and also for the mass manufacture of roadside bombs. Its anarchy and instability posed a growing threat to the regional capital Lashkar Gah, if not the whole of the country, and the time had come to clear it out, the coalition believed. 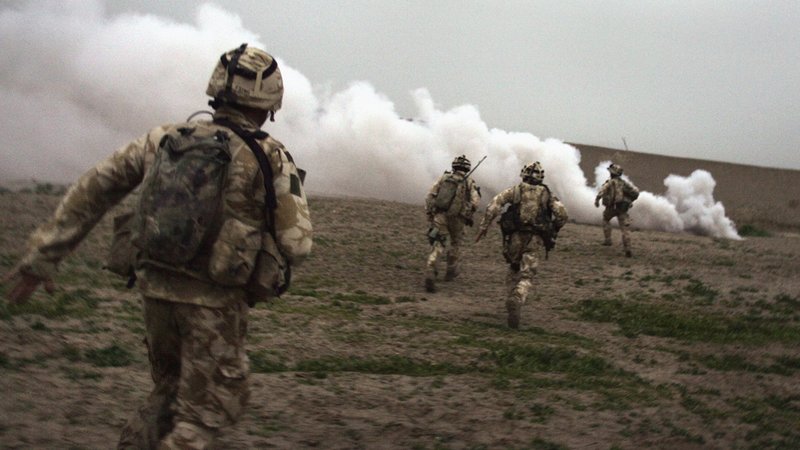 Afghanistan: The Fall Of Helmand

Posted from aljazeera.com
Posted in these groups:

SFC George Smith
Posted 4 y ago
interesting article But the Video will not Load for My computer...
Its one of the thinks the bastards have since the British were there and every other nation who have gone into the country...
too bad we cant get all the good people out and nuke it and take the good People back...
what Sux is that 40 years ago it was a great place...
(1)
Comment
(0)

SGT (Join to see)
4 y
Maybe all the positive elements are the ones that will come round again eventually...

SFC George Smith
4 y
SGT (Join to see) - interesting and wonderful ideals... but the folks on the other side are not quite as polite and Nice... it's their way or Death...
(0)
Reply
(0)