WASHINGTON — The Air Force inspector general is investigating whether the military improperly used a little-known reconnaissance plane to monitor protests in Washington and Minneapolis this month, the Air Force said on Thursday.

The inquiry was apparently prompted by lawmakers who expressed concerns to Pentagon officials that the use of military surveillance airplanes may have violated the civil liberties of the mostly peaceful protesters demonstrating against the police killings of African-Americans.

“Following discussions with the secretary of defense about shared concerns, the secretary of the Air Force is conducting an investigation into the use of Air National Guard RC-26 aircraft to support civil authorities during recent protest activity in U.S. cities,” Brig. Gen. Patrick S. Ryder, the chief Air Force spokesman, said in response to questions from The New York Times.

In a statement, General Ryder declined to address any other questions, pending completion of the investigation led by Lt. Gen. Sami D. Said, the Air Force inspector general.

The Air Force’s action comes days after the Pentagon’s top intelligence policy official told Congress that the nation’s military intelligence agencies did not spy on American protesters during the wave of nationwide demonstrations.

In a letter last week to the House Intelligence Committee, Joseph D. Kernan, the under secretary of defense for intelligence and security, said he had received no orders from the Trump administration to conduct such surveillance, and he underscored citizens’ constitutional right to protest peacefully.

The deployment of more than 5,000 National Guard members to the nation’s capital, and thousands more to cities across the country to help quell the civil unrest, has cast a harsh spotlight on the National Guard’s response to the protests.

Defense Secretary Mark T. Esper last week ordered a review of the National Guard’s response, and the new Air Force inquiry is expected to shed light on how and why the secretive RC-26 and some supporting ground units were deployed.

On the morning of June 2, hours after National Guard helicopters harassed crowds of protesters in Washington, National Guard officials informed their commanders that the West Virginia Air National Guard had sent a RC-26B to help observe the protests with “FMV capabilities” — or full-motion video — according to a message seen by The New York Times.

According to one military official familiar with the situation, senior National Guard leaders in Washington could watch the footage recorded from the aircraft on their cellphones in real time.

This most likely meant that the RC-26B, a twin-engine aircraft outfitted for electronic surveillance, would circle overhead and beam footage to the F.B.I. command center near the Chinatown area of Washington.

In tandem with the RC-26, which is used on the Southwest border to monitor illegal immigration and to counter drug smuggling in the Caribbean, an elite Special Operations unit of the Pennsylvania National Guard supported the aircraft from the ground, according to documents obtained by The New York Times.

Publicly, the Democratic governor of Pennsylvania, Tom Wolf, said he would not send troops to bolster President Trump’s demand for 5,000 National Guard forces in the capital.

It is unclear what the small Guard unit from Pennsylvania’s 148th Air Support Operations Squadron was doing in Washington. One military official familiar with surveillance operations said the Air Force troops would likely be directing the aircraft over the city and ensuring that it was avoiding sensitive airspace such as airport approaches.

Another document, which detailed the number of troops sent from the dozen states to support the National Guard effort in Washington, said that Pennsylvania had sent seven troops. A spokesman for the Pennsylvania National Guard said in an email that he had no immediate comment.

The Arkansas unit, known as U.P.A.D., or Unclassified Processing, Assessment and Dissemination, was used before, in the wake of hurricane Florence in 2018. The U.P.A.D. can provide “imagery, geospatial and assessment support” to commanders on the ground, according to a 2018 Air Force news release.

Representative Adam Kinzinger, an Illinois Republican who is also an RC-26 pilot in the Wisconsin Air National Guard, said he flew two night missions this month in support of domestic law enforcement officials in Minneapolis, sending real-time video feeds to the authorities on the ground.

In a telephone interview, Mr. Kinzinger said the aircraft were activated at the request of Gov. Tim Walz of Minnesota to help provide the authorities with a bird’s-eye view of any potential threats on the ground moving toward National Guard troops or buildings that they were protecting.

Mr. Kinzinger said the plane’s onboard camera was powerful enough to make out the general image of an individual as the three-member crew flew at altitudes between 4,000 and 20,000 feet. But the cameras were not strong enough or sophisticated enough to use for facial recognition or to read license plates on vehicles, he said.

“We don’t gather human intelligence on what the protesters are doing,” Mr. Kinzinger said. “We don’t collect cellphone data. We don’t harvest or analyze any data. We don’t do any of that.”

A spokeswoman for the Democrats on the House Armed Services Committee, Monica Matoush, said lawmakers “are aware of these deployments and have requested the department provide us an explanation of the asset(s) used, their mission, who authorized it and what authorities were used to authorize its use.”

The deployment of U.S. military intelligence units on American soil in support of domestic law enforcement operations is unusual, but it has happened before.

In 2002, at the request of the F.B.I., the Army deployed secret surveillance planes as part of a broadening effort to catch a sniper in the Washington area. 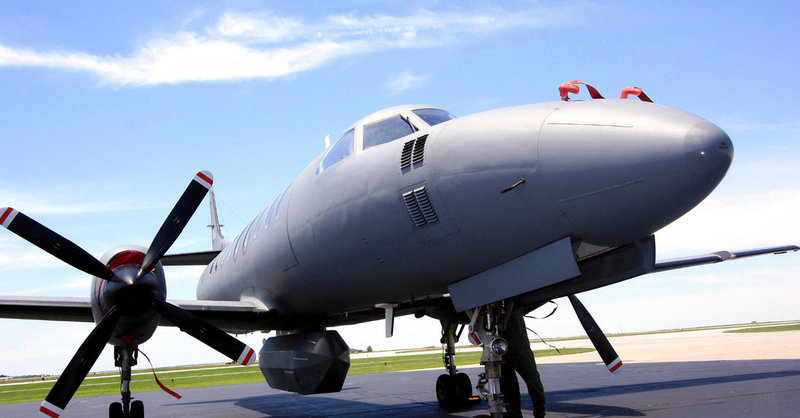 MSgt (Join to see)
Posted 9 mo ago
The military can provide advice, surveillance equipment, and other equipment to assist law enforcement agencies and it does not violate the law. The Liberals/Democrats are just whining over nothing.
(1)
Comment
(0)

MSgt (Join to see)
9 mo
GySgt Gary Cordeiro - Uh yes, this was about political parties. Why else would the Democrats inquire? "Nonetheless, the National Guard’s use of the aircraft surprised members of the Senate and House Armed Services Committee. “Very troubling. I have questions,” Senator Christopher S. Murphy, a Connecticut DEMOCRAT on the Armed Services Committee, said in a Twitter post on June 4."
(0)
Reply
(0)

GySgt Gary Cordeiro
9 mo
Ok, the demos initiated the process, taking your word here, the question that remains to be answered, was the action warranted?
(1)
Reply
(0)