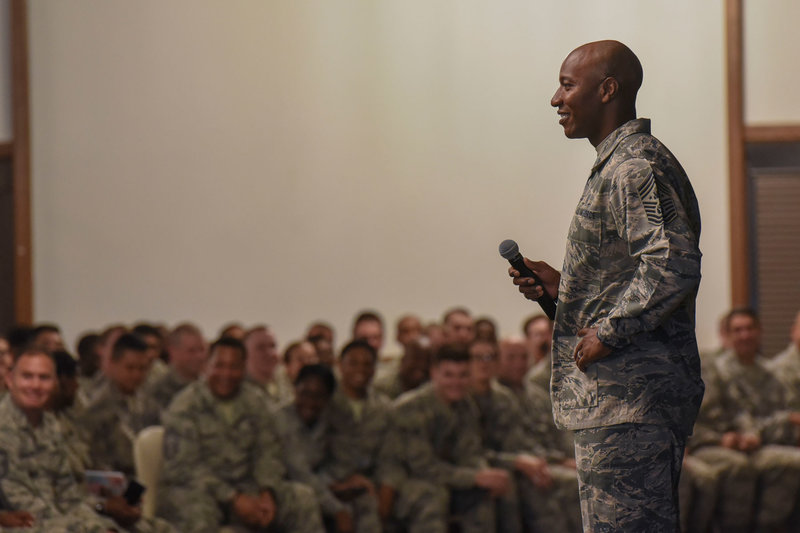 LTC Stephen F.
Edited 3 y ago
Posted 3 y ago
Thank you for letting us know my friend CW5 Jack Cardwell that the chief master sergeant of the Air Force, Chief Master Sgt. Kaleth O. Wright, stated the the U.S. Air Force is reviewing the possibility of extending the time staff sergeants may serve in that rank on active duty before they face separation.
During a recent town hall with airmen at Spangdahlem Air Base, Germany, Chief Master Sgt. Kaleth O. Wright addressed a rumor that staff sergeants would be allowed to extend their service from 15 years to 20.
"You guys heard about that? You think it's a good idea? Absolutely, it's a good idea," Wright said. A video of his speech surfaced on the Facebook page Air Force Amn/Nco/Snco, which is popular with airmen but is not run by the service.
"We have a little bit more work to do. ..." he said Friday. "We like to do a little bit of data analysis, we want to make sure we do the correct research, we want to make sure we understand the second- and third-order effects before we pull the trigger."

SSgt Boyd Herrst
3 y
So true LTC Charlie Brown.... many kept hat in mind and it is a very good incentive to pass that test and move up... When it’s announced they are only promoting a low number.. the threshold is harder and even more incentive to not just be an “average SSGT”. They want Super SSGTS getting promoted... top performance reports, top Skt scores.. and if they got it ; top Awards point(commendations that awards those points). These will be the leaders...
(2)
Reply
(0)

SSgt Boyd Herrst
3 y
Continuing on staying with it; some have decided to keep their foot in the door by go Reserve or Air Guard hoping there is a “need “ for their skill set..
(2)
Reply
(0)

SSgt Don Morris
3 y
Wow, things sure have changed since I got out in 71. I made Staff Sgt. at a little over three years and was offered E-6 to re-enlist. Looking back now I wish I had. But I just can not imagine being in the AF for 15 years and still being an E-5.
(1)
Reply
(0)

SSgt Don Morris
3 y
1SG Carl McAndrews - Same here Carl. I was AF but I still made Staff Sgt. (E-5) at just over three years. Times have sure changed. But that was 67-71 when I was in.
(0)
Reply
(0)
Show More Comments
Read This Next
RallyPoint Home