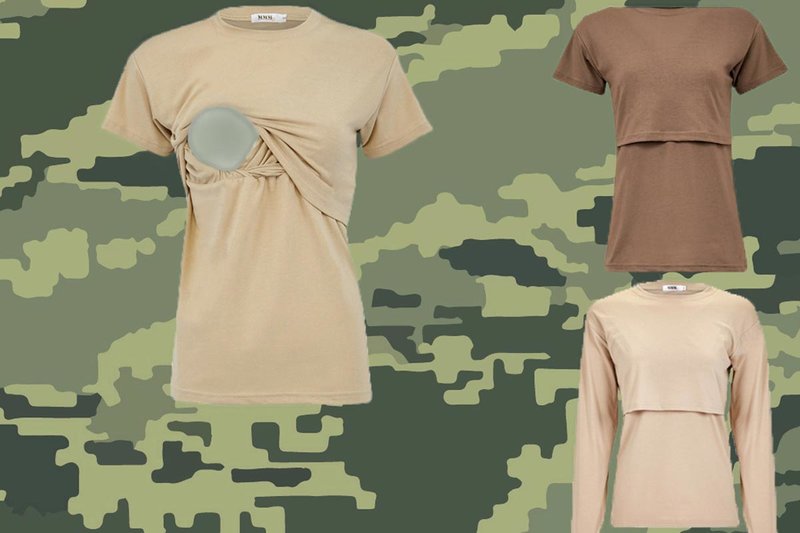 LTC Stephen F.
Posted 3 y ago
Thank you for sharing my friend CW5 Jack Cardwell that the The U.S. Air Force has given new mothers approval to wear a special breastfeeding T-shirt under either the Airman Battle Uniform or Operational Camouflage Uniform.
Officials this month approved the T-shirt, which comes in both long- and short-sleeve versions, has a chest opening, and adheres to Air Force Instruction 36-2903, Dress and Personal Appearance of Air Force Personnel, according to a recent service release.

"Airmen are authorized to purchase and wear a long- or short-sleeve breastfeeding T-shirt with their utility uniform," the AFI states. "The T-shirt will be sand in color when worn with the ABU and tan in color when worn with the OCP."
The move closely follows the Army's recent acceptance of the shirts. In April, the Army issued guidance for postpartum mothers to purchase the commercial clothing, manufactured by Miss Military Mom.

"I'm trying to normalize breastfeeding, not for me, but for all future generations," said Tech. Sgt. Natalia Wood, 20th Maintenance Group unit deployment manager.
After the Army's decision, Wood pushed forward the initiative to get additional clothing options for breastfeeding moms, the release said.
"I was thinking more about everyone behind me. I just feel like we are the leader in securing our skies, but when it comes to this, we're lagging behind," she said in the release. "I'm just trying to bring us up to speed, where we do support women who are breastfeeding and we do provide spaces [for nursing and pumping]."
The shirts must be tucked underneath either the ABU or OCP; the uniform blouse may not be removed while nursing or pumping unless mothers are within designated lactation rooms on base, the release states.
The Air Force in May announced it is adopting the Army's Operational Camouflage Pattern as its new combat uniform. The service will begin phasing it in beginning Oct. 1, with the expectation that all airmen will be wearing the OCP by April 2021, officials said at the time.
The push for simpler, more comfortable uniforms has been a top discussion point for the service's leadership, including Air Force Chief of Staff Gen. David Goldfein and Air Force Secretary Heather Wilson.
Prior to the OCP announcement, Goldfein said the Air Force is taking the female perspective into account when orchestrating future uniform decisions.
"We're taking a really hard look at women's uniforms," he told reporters during a defense writers' group breakfast in Washington, D.C., in March. "Our uniforms have traditionally not been sized for women, and that's beyond just the uniform itself. It's also the gear that we have. We have women performing in every combat mission, and we owe it to them to have gear that fits."
While more uniform modifications are needed for nursing mothers, Wood said in the release, the T-shirt is a step "in the right direction."
FYI Lt Col Charlie Brown Sgt Kelli Mays Cynthia Croft PO3 Phyllis MaynardPV2 (Join to see) MSG (Join to see)
SFC (Join to see)SSG V. Michelle Woods SSG Diane R. 1LT (Join to see) CPT Barbara SmithCOL Mikel J. Burroughs SFC (Join to see) Kim Bolen RN CCM ACM SMSgt Dr. G. A. Thomas TSgt Joe C. Christine C Cullinan
(2)
Comment
(0)

LTC Stephen C.
Edited 3 y ago
Posted 3 y ago
I don’t have a dog in this hunt, CW5 Jack Cardwell. If that’s what women want, need, and the USAF says do it, then it’s okey dokey by me.
(2)
Comment
(0)
Show More Comments
Read This Next
RallyPoint Home