PO1 William "Chip" Nagel
1.15K
5
1
3
3
0
A parable, to begin: in 2016, the 136 military bands maintained by the Department of Defense, employing more than 6,500 full-time professional musicians at an annual cost of about $500 million, caught the attention of budget-cutters worried about surging federal deficits. Immediately memos flew and lobbyists descended. The Government Accountability Office, laying the groundwork for another study or three, opined, “The military services have not developed objectives and measures to assess how their bands are addressing the bands’ missions, such as inspiring patriotism.” Supporters of the 369th Infantry Regiment band noted that it had introduced jazz to Europe during World War I. How could such a history be left behind? A blues band connected effectively with Russian soldiers in Bosnia in 1996, another proponent argued, proving that bands are, “if anything, an incredibly cost-effective supplement” to the Pentagon’s then $4.5 billion public affairs budget.

When the dust cleared, funding for the bands was not cut, because the political cost entailed in reducing the number of them by, say, half would have been enormous. The resulting $250 million in annual savings, on the other hand, while a significant sum for most government agencies, would have produced the almost unnoticeable difference of three one-hundredths of one percent in the Pentagon budget.

The sheer size of the military establishment and the habit of equating spending on it with patriotism make both sound management and serious oversight of defense expenditures rare. As a democracy, we are on an unusual and risky path. For several decades, we have maintained an extraordinarily high level of defense spending with the support of both political parties and virtually all of the public. The annual debate about the next year’s military spending, underway now on Capitol Hill, no longer probes where real cuts might be made (as opposed to cuts in previously planned growth) but only asks how big the increase should be. 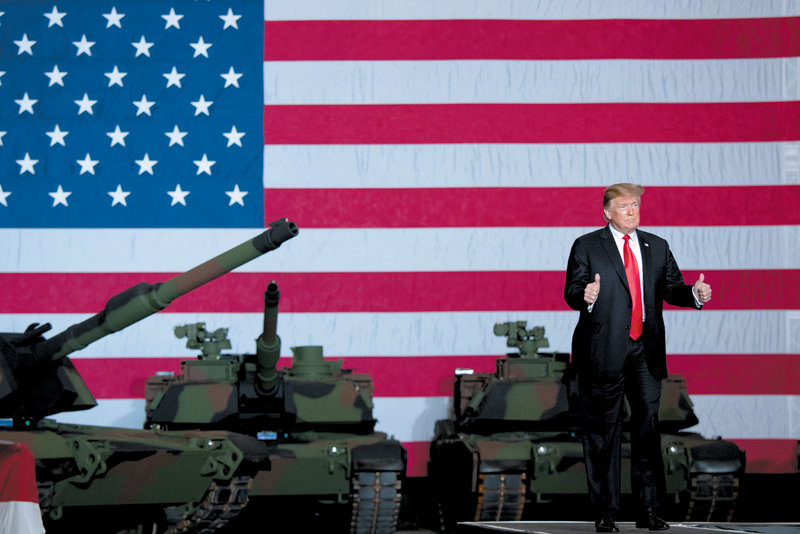 Posted from nybooks.com
Posted in these groups:

Capt Dwayne Conyers
Posted 2 y ago
It is too sad to be funny...
(2)
Comment
(0)
Read This Next
RallyPoint Home